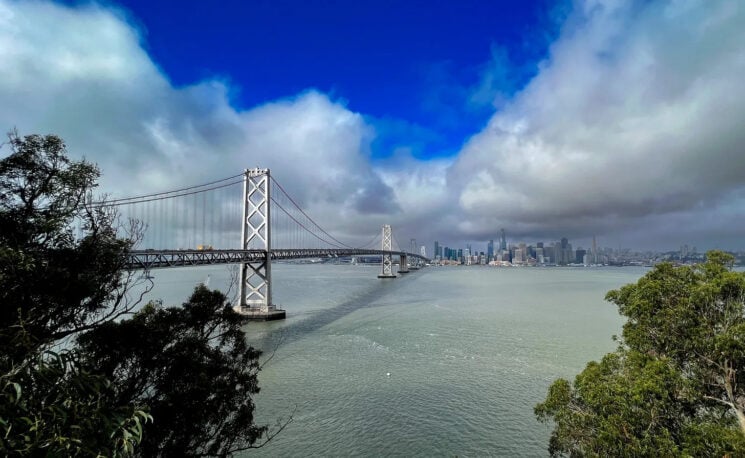 I was in San Francisco this week to make an appearance on KRON4 TV, plugging PhotowalksTV (thank you Ken Maccarone!) and in-between, naturally, cruised all over the city photographing the magic.

I didn’t get robbed of camera gear this time, but it did happen near me, in real-time, to two people, as I stood in Alamo Square, photographing the “Painted Ladies,” the row of Victorian homes made famous in the opening credits to the old “Full House” TV show. 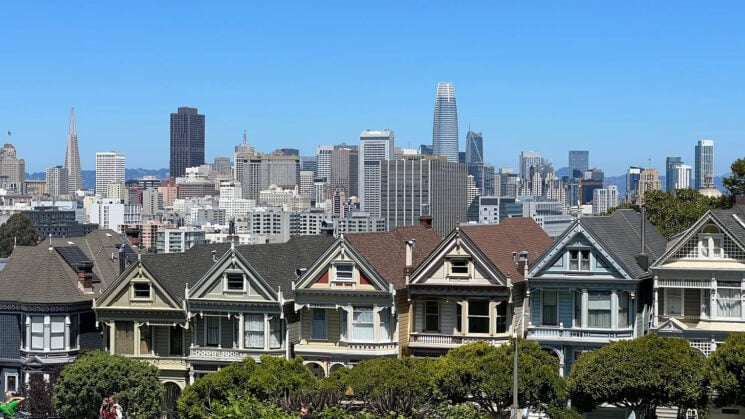 The magical scene from Alamo Square in San Francisco

Two lucky tourists had nabbed rare parking spots for their rental cars right in front of the “ladies.” They stepped out and away to take pictures, and you know what happened next. The “smash and grab” crew swung by, hit the windows, reached inside for the backpacks and drove away.

One stunned victim, who lives in Florida, told me it all happened within seconds, in broad daylight, to two cars at the same time. He was lucky to have the cops come out and investigate, which apparently is rare. But good luck catching the thieves. 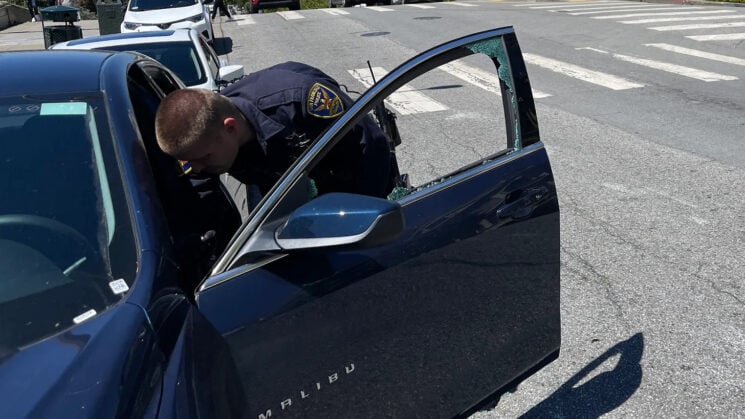 A smashed window on Steiner Street is investigated by the SFPD 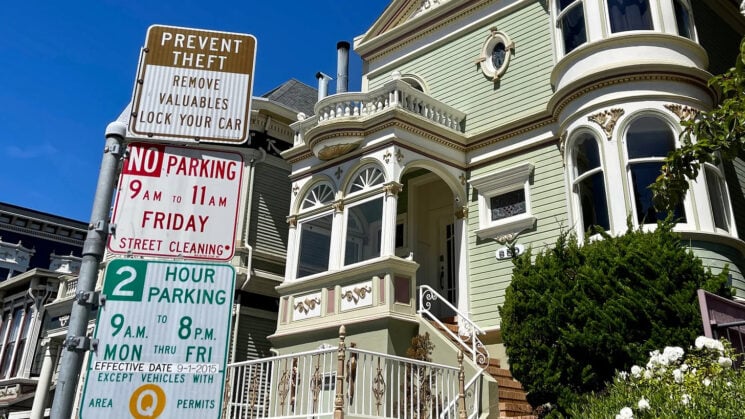 The signs are pretty clear—pay attention to them!

As I’ve told you, photographers have been followed home by crooks watching them flaunt their expensive gear in locales like Marin Headlands, across the Bay, and Treasure Island, where I photographed the lead photo atop this post. Those instances are rare. More common are the smash and grabs, at the usual top tourist spots. 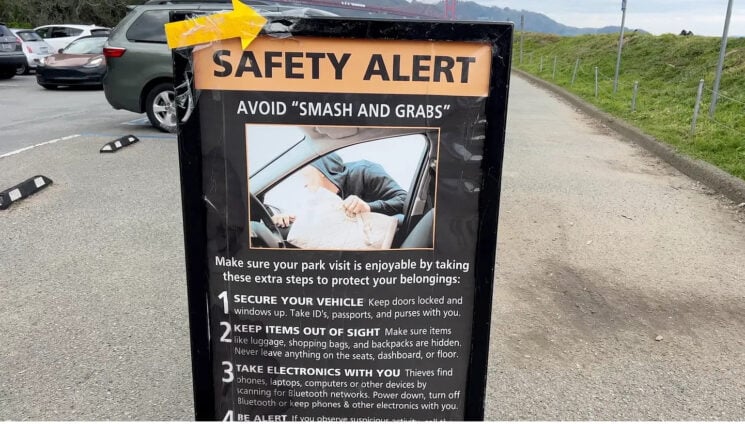 Cops told me that the crooks thrive on rental cars, as tourists tend to leave things in their vehicles and thus, are the chief target. And while the city hasn’t done seemingly much to crack down on the smash and grab mob, they have responded by putting clearly marked signs all over town, especially in tourist spots. Sadly, most people don’t pay attention to them. 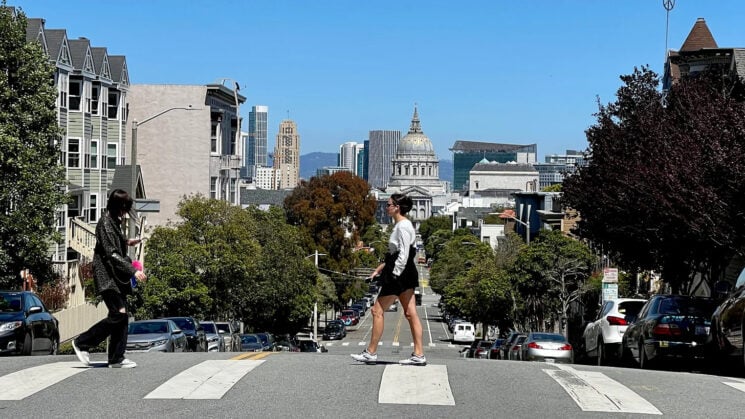 The moral here is pretty clear: don’t leave stuff in the car when visiting San Francisco! Anything.

I carried my backpack everywhere, albeit a light one with just a GoPro, tripod and an extra iPhone, with the other iPhone in the my hand. Everything was removed from the front and back seats of my non-rental car, and placed in the trunk, even the bag of apples from Trader Joe’s.

Also, if you have a rental car in San Francisco:

I still contend that San Francisco is the most photogenic city in the United States and begs to be photographed. It sucks that we have to be more careful and walk with everything on us, but it sure beats the alternative, right?