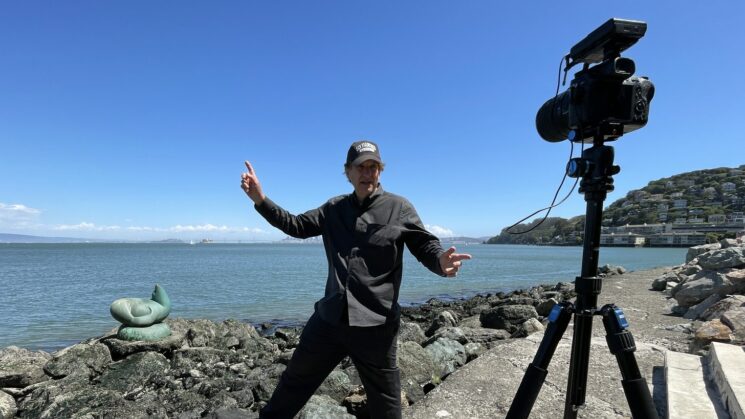 Call this a Stand-up Robbery.

But at least there was no gunplay.

This week I was in San Francisco, one of the most beautiful cities in the world, on a video shoot, in Crissy Field, one of the premier spots in town, at the foot of the majestic Golden Gate Bridge.

Thursday I was doing what they call in the trade a “stand-up,” at around 5:30 p.m. Tripod extended, camera mounted, microphones plugged in, and there I was, talking directly to the camera about great places in San Francisco for the best photography.

That’s when this young teen came running towards me, faster than you can imagine, with a giant grin on his face. He somehow was able to grab the entire tripod and camera operation, and shove it within seconds into the getaway car, a blue Honda. 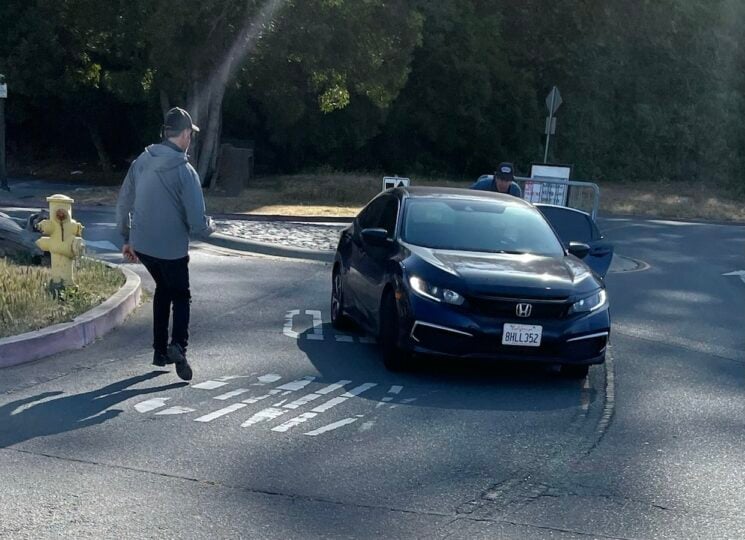 As I screamed “No!” and ran after him, the duo dashed off like Bonnie & Clyde and were long gone from the Presidio by the time the police responded to my call.

But this being the Internet Age, two passersby somehow had the savvy to capture quick smartphone photos of the getaway and the license plate: CA 8HLL352 .

The police officer said he was glad to have the license plate number but that robbery is so low-profile in the courts right now that even if they did catch him, without video proof, the thieves would be let out within a day or so. 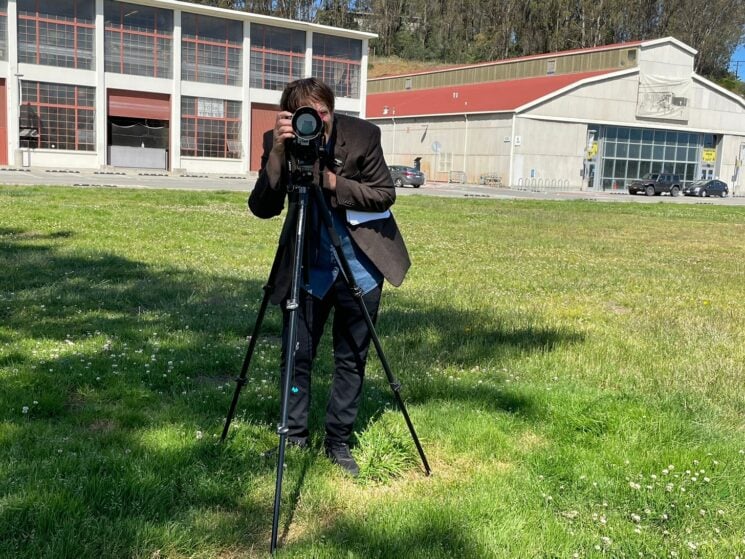 The camera and lenses would be sold, they would pocket the proceeds and go on to target someone else in the park. Sites like eBay and Craigslist would have new listings.

I’ve done stand-ups all over the world, from Madrid, Venice and Lisbon to Tokyo, Osaka and Paris to sketchy parts of Los Angeles, Las Vegas and New York City.

And never has anything like this ever happened to me.

So I’m writing this now not as a woe is me exercise, but to let people know none of us is invincible. Be careful! 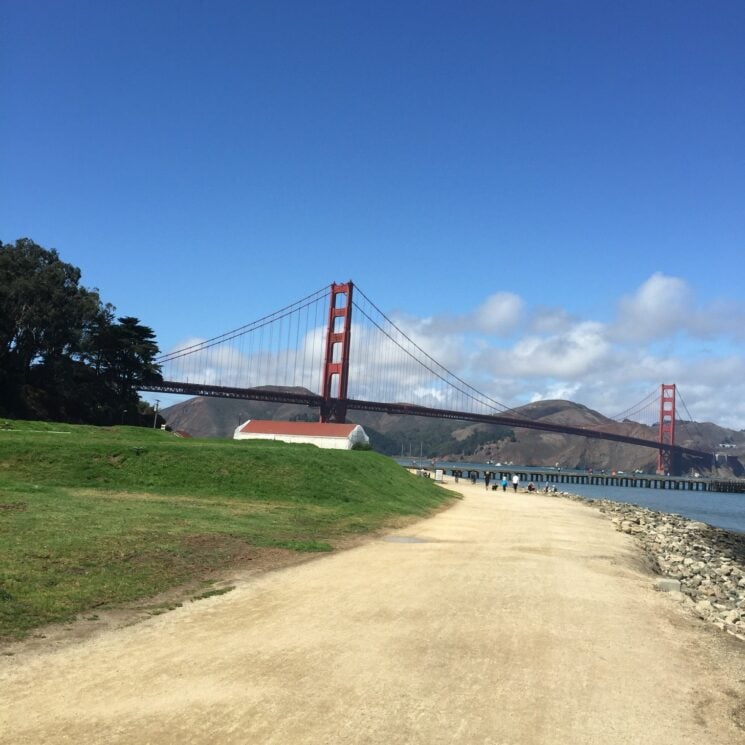 The sad thing is that what happened to me isn’t unusual these days in San Francisco.

In March, a reporter for KPIX, the local CBS station, was filming a report about thefts at Twin Peaks, home to an awesome overhead view of the city. An armed group of thugs robbed his TV camera while he was doing the report.

Highway robbery in SF- caught on my TeslaCam. pic.twitter.com/oZ8RFgboCm

In February a San Francisco real estate photo team had their gear stolen while the car was stuck in traffic. The thieves saw the bag, smashed the back window and swiftly made off with $7,000 worth of gear. This was caught on tape, from a Tesla dashcam, as you can see in the above video.

I’ve played back in my head endlessly what I could have done differently.

One bad move: I was doing the standup very close to the road, making it easy for the getaway driver to pull right up and make a quick vamoose.

Next time: stand in the middle of the field. 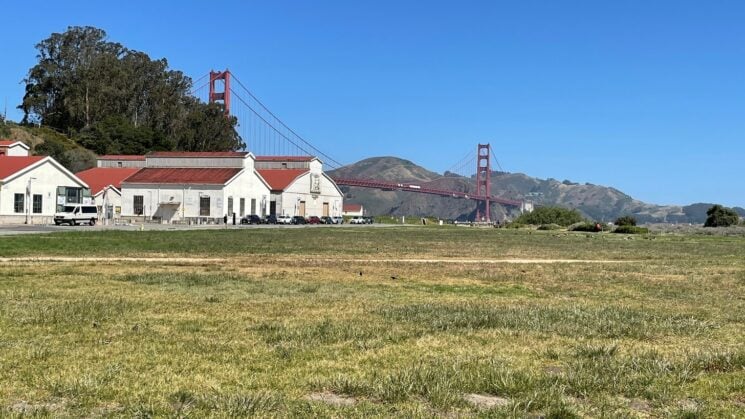 Except, let’s face it: People on bikes, rollerblades and other wheeled vehicles dash up and down the pavement in San Francisco, making it easy to swing by and grab your stuff swiftly. Though I question how you ride a bike and hold a giant camera/tripod operation. at the same time, but I’m sure if there’s a will, there’s a way.

I was shooting on the biggest lens I have, the mammoth Sony 70-200mm G master 2.8 lens, which, unfortunately, I now believe, was a thief magnet, saying, “Steal me! Steal me!” 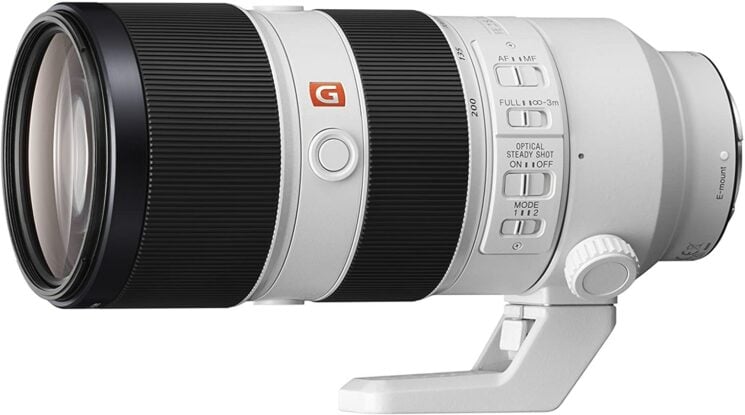 A smaller lens (85mm 1.8) on a smaller camera would make more sense when out and about. Right?

I wish there was a way to chain a tripod to your leg. What do you think? Nice look?

Either way—at least there were no guns and weapons involved.

And when all is said and done, despite losing my work for the day, it’s just gear. That can always be replaced.

So Paul’s Photo, you’ll be seeing me shortly this week!

Drone footage shows San Francisco actually looks like Blade Runner 2049 right now
« DJI “Mini SE” drone pops up at Walmart – but is it really a new product?
Here’s what it’s like to be a Formula 1 photographer »