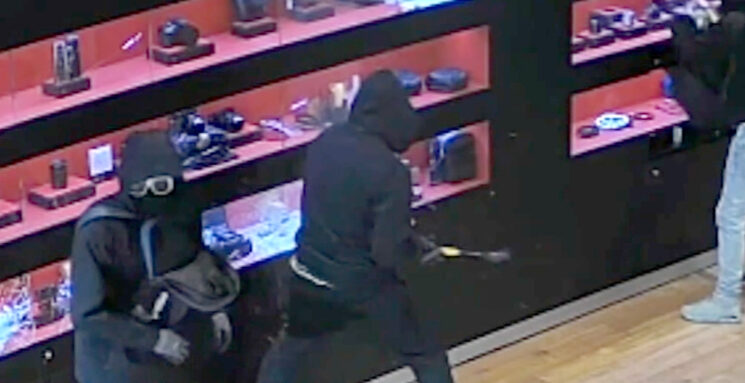 An armed robbery recently occurred in San Francisco, the city that keeps earning a bad rep for camera thefts. Four masked thieves burst into a Leica store near Union Square. While holding the employees at gunpoint, they stole $178,000 worth of gear and fled the scene only a few minutes later.

The robbery was caught on surveillance camera, showing four masked men getting out of a gray sedan this Saturday around 1:20 p.m. Yes, it’s yet another robbery in San Francisco in broad daylight. At least one of them was armed, as he was filmed pointing the gun at the employees. The three other thieves smashed the display cases and stole the gear, and all of them got back into the car less than three minutes later.

According to ABC7 News, in addition to $178,000 in gear, there was an additional $20,000 worth of damage that the robbery caused. What’s ironic is that, only a few days ago, San Francisco Mayor London Breed and SFPD Chief Bill Scott said that there had been additional safety measures implemented in the area.

Keep an eye on any suspicious Leica deals in the following days. San Francisco police ask anyone with any information to call (415) 575-4444.

[Update 8 December 2022]: The list of stolen gear has been published, along with serial and catalog numbers. If you notice any of these items selling, please reach out to the police.