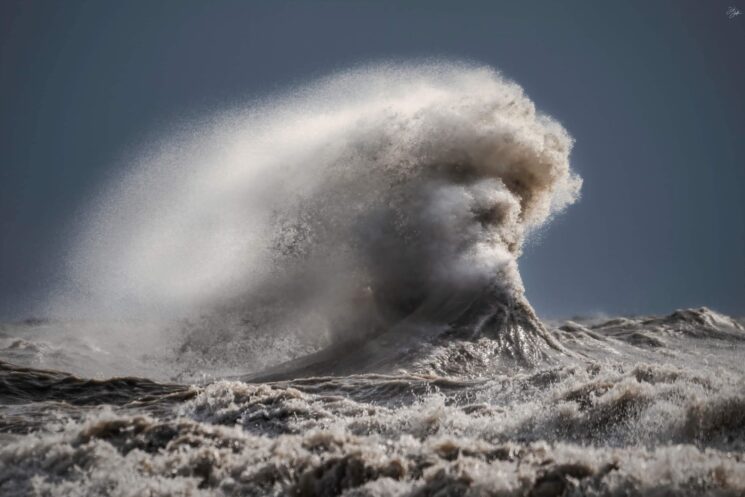 An Ontario photographer has captured the perfect impression of a spooky human face in a giant wave on Lake Erie. It’s so impressive, that at first glance it almost doesn’t look real. But there is no Photoshop trickery here. The image is 100% captured in-camera.

Cody Evans is a keen nature and wildlife photographer who regularly enjoys capturing the stormy waters of the lake. The waves create incredible sculptures, no two are ever alike. He saw that there would be high winds on the lake and headed down to the lake shore last weekend to see what he could capture. 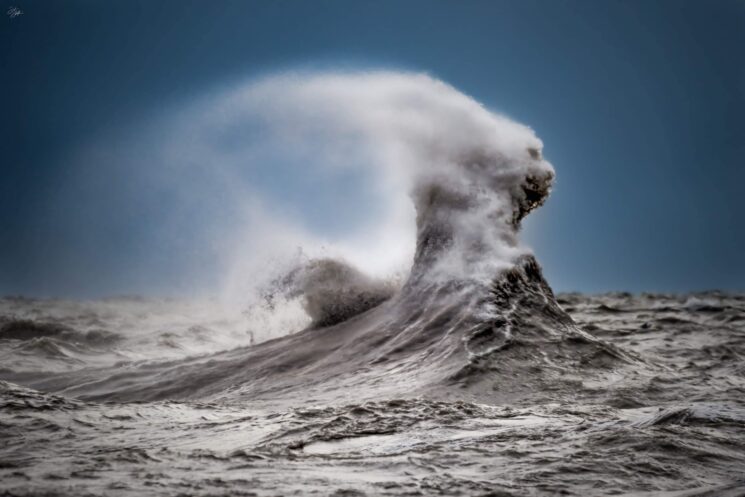 Evans aptly named the image Poseidon’s Wrath as it looks exactly like the god of the sea rising out of the water to exact revenge.

Evans braced -11C temperatures and high winds to capture the dramatic images. However, he couldn’t start shooting immediately due to a snowstorm. “The most challenging part of taking these photos is the very high winds and the sand storms that come with them,” commented Cody.

Luckily Cody’s patience was rewarded, and the clouds parted for around 15 minutes. The sun poked through, and he was able to capture a host of fantastic wave shots, including the one with the face. According to Evan, some of the waves reached more than 6 meters high. 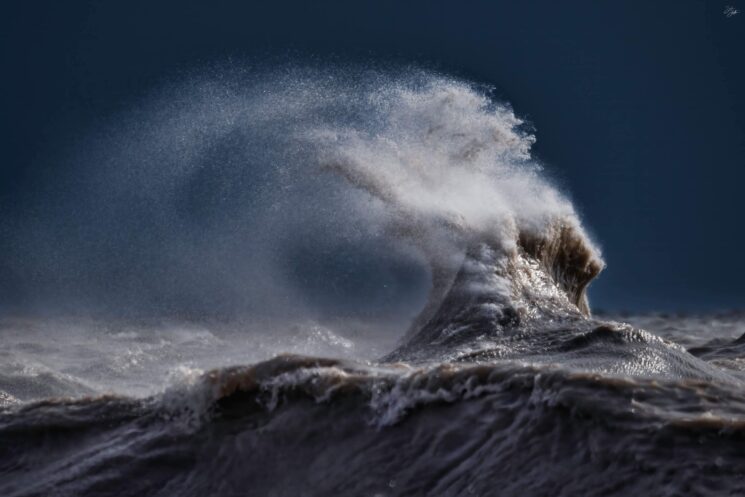 “I watched the water, and when I see waves are gonna collide, I’ll just take a burst of photos,” Evans told the CTV News. The images were shot using a Nikon z9 with a 200-500mm lens. In order to freeze the motion of the waves, Evans shot at shutter speed 1/1250 second. The camera can achieve a burst rate of around 20 photos per second, all of which affords better ‘luck’ when taking this sort of image.

“So, you can get the whole sequence of what’s happening. Then I go through all [of] the images, and I find the ones that I like, and that one happened to be the perfect face.”

“The most challenging part is possibly sorting through the thousand-odd images on the computer later,” laughs Cody. “You’ve got to tough the cold and get out there and shoot, no matter the conditions, which can be very harsh at times,” he adds. 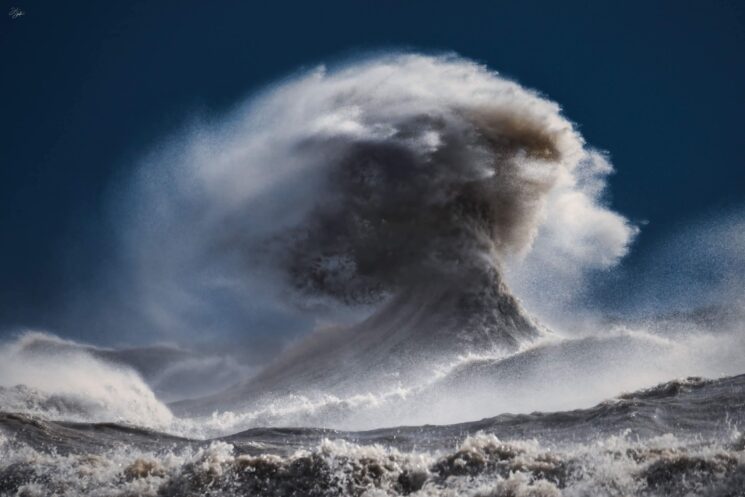 I think these wave images are absolutely spectacular and well worth the pain of braving the cold weather. It’s important to remember if you’re out capturing stormy seas, that freak waves can come out of nowhere and sweep you off your feet. It’s far better to copy Cody and use a very long lens so that you don’t have to get too close.

You can see more of Cody’s images on Instagram.

Photographer captures what happens when nature takes over human-built structures