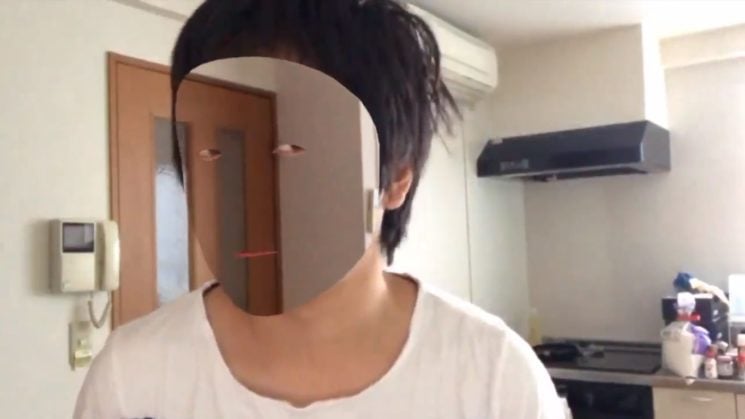 Japanese app developer Kazuya Noshiro has recently introduced an app he’s working on. It uses iPhone X’s face-tracking feature in the creepiest and the coolest way possible: it makes his face invisible. In a short video he shared, he shows off his see-through face and the room behind him. It’s unsettling and amazing at the same time.

As you can imagine, the Twitter users wanted to know how he did it. Apparently, there’s a fixed-position camera shooting the background, according to the comments. Noshiro says he’s making the app on a Japanese game development platform Unity, and it’s still in progress.

Since the app is still in the making, it’s not sure what exactly it will be used for, although it will most likely be connected with gaming. Still, it could probably have its application in mobile photography and filmmaking and open new possibilities in these areas.

There are plenty associations in connection to this strange app. The Verge compares it to a “see-through face mask” and “Harry Potter’s invisibility cloak.” DIYP’s John Aldred sees it as a kind of a “green screen face mask.” The first thought I had was the first horror movie I ever watched in the cinema, Hollow Man. Whatever your first thought may be, this app certainly sparks the imagination.

This is how you photograph an invisible man