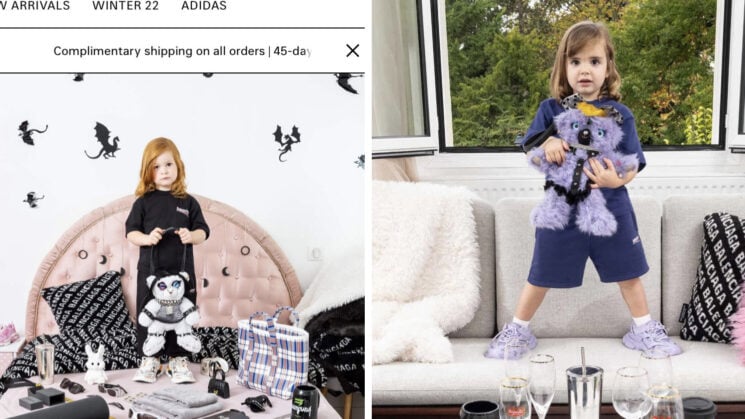 It started when Balenciaga published the campaign to promote its Spring/Summer 2023 collection. The photos were taken by Gabriele Galimberti, following the style of his Toy Stories project with a super-inappropriate twist. Instead of their favorite toys, the little ones pose with teddy bears dressed in bondage gear.

Balenciaga is a disgusting brand.

Balenciaga have even deleted some of their social media accounts after sexualising children! WTF are children being sexualised for? Why do this to the innocent young? Which parents even approved for the children to be in those disgusting ads? #Balenciaga pic.twitter.com/JFGygjv20H

Shortly after the backlash, Balenciaga issued a statement on Instagram. They removed the campaign from all the platforms and deleted all the photos from Instagram. And I mean all, not just those from the controversial campaign. In the statement, the fashion company apologizes for both the teddies and the documents, claiming that the “plush bear bags should not have been featured with children in this campaign.”

“We take this matter very seriously and are taking legal action against the parties responsible for creating the set and including unapproved items for our Spring 23 campaign photo shoot,” the statement reads further. “We strongly condemn abuse of children in any form. We stand for children safety and well-being.” 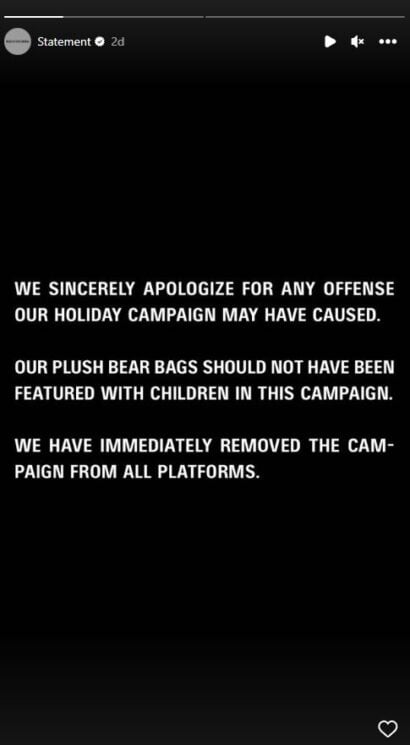 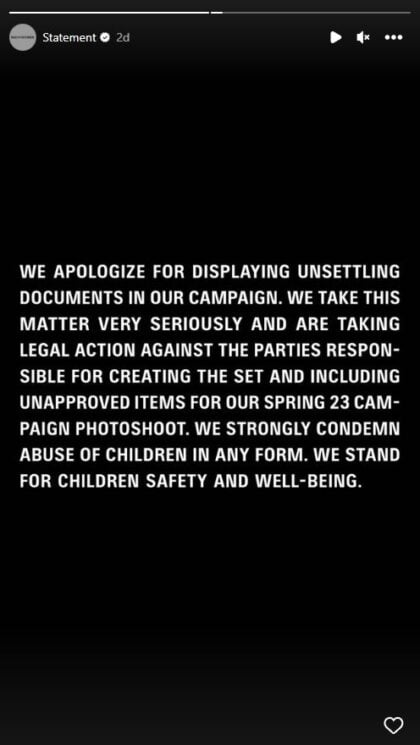 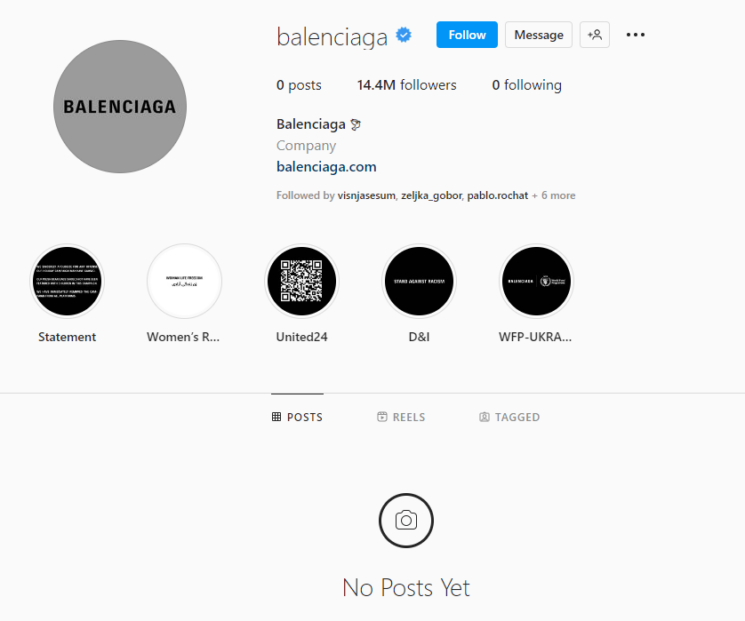 After the scandal, Galimberti spoke out as well. In a statement on Instagram, the photographer said that he was “not entitled in whatsoever manner to neither chose the products, nor the models, nor the combination of the same” for the photo shoot. “As a photographer, I was only and solely requested to [light] the given scene, and take the shots according to my signature style.”

He added that he had nothing to do with the photo where the court documents appeared, claiming that it was taken by someone else in a different set. Galimberti said that he’d received hundreds of hate emails and messages after the campaign was launched, so he felt compelled to make the statement.

“I am not in a position to comment Balenciaga’s choices, but I must stress that I was not entitled in whatsoever manner to neither chose the products, nor the models, nor the combination of the same.

As a photographer, I was only and solely requested to lit the given scene, and take the shots according to my signature style.
As usual for a commercial shooting, the direction of the campaign and the choice of the objects displayed are not in the hands of the photographer.

I suspect that any person prone to pedophilia searches on the web and has unfortunately a too easy access to images completely different than mine, absolutely explicit in their awful content. Accusations like these are addressed against wrong targets, and distract from the real problem, and criminals.

Also, I have no connection with the photo where a Supreme Court document appears. That one was taken in another set by other people and and was falsely associated with my photos.”

Maybe Balenciaga went for the “even bad publicity is still publicity” kind of marketing, but placing children in this context is wrong on so many levels. Also, who is to blame when a campaign like this goes public? Certainly not the people who created the set or the photographer who took the photos.

First of all, the photographer most often doesn’t have a say in campaigns like this. They’re only there to light the scene and take photos, as Galimberti pointed out. The person who created the sets probably doesn’t have all their marbles – but they’re not responsible either. After the shoot, a bunch of executives still need to see every photo and decide whether the campaign should run or not. I don’t know who in their right mind approved it, but the photographer certainly isn’t the one towards whom people should direct their anger.