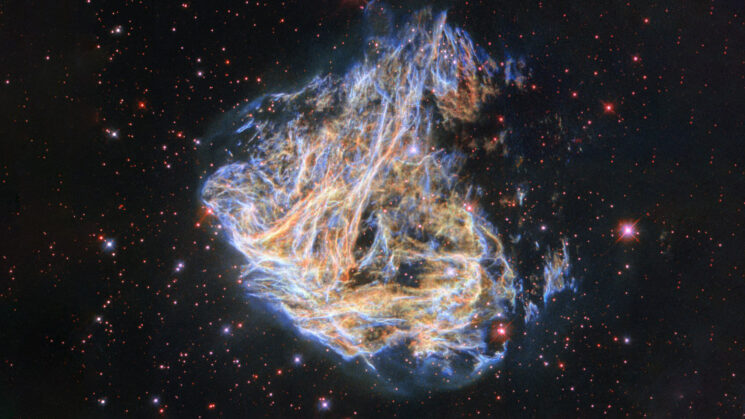 NASA recently released a stunning Hubble photo of remnants of a massive supernova. While the image seems way more peaceful than real fireworks, this colorful cloud is actually a result of something… well, far less peaceful. What is now a cloud of intricate filaments used to be a star in the Large Magellanic Cloud, a satellite galaxy to the Milky Way.

In the image, what you’re seeing is a remnant of a supernova DEM L 190, also known as LMC N49. These intricate, dreamlike shapes seem so serene in the picture, but they’re really debris from the cataclysmic death of a massive star. DEM L 190 is the brightest supernova remnant in the Large Magellanic Cloud. It lies in the constellation Dorado, approximately 160 000 light-years away from Earth. 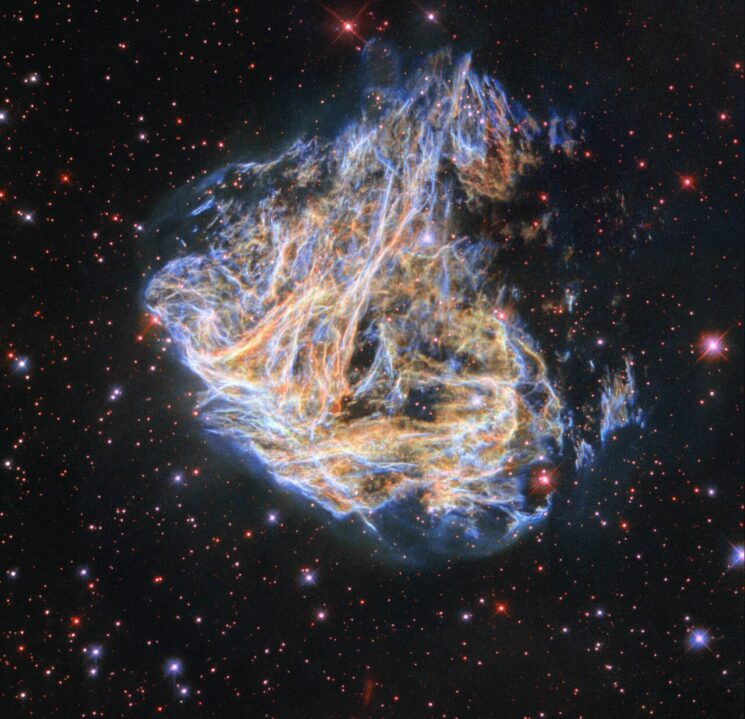 To create this image, scientists used data from two different astronomical investigations. It’s interesting that they used one of Hubble’s retired instruments, the Wide Field Planetary Camera 2 (WFPC2). It has been replaced by the more powerful Wide Field Camera 3, but WFPC2 certainly served its purpose. “During its operational lifetime it contributed to cutting-edge science and produced a series of stunning public outreach images,” NASA writes in the statement.

Another interesting fact is that this isn’t the first image of DEM L 190 NASA released to the public. Hubble previously took a photo of this supernova remnant nearly two decades ago, in 2003. But the new image incorporates additional data and improved image processing techniques. Because of this, you can see how improved Hubble’s instruments have been over the three decades of its operation… And these spectacular “fireworks” seem even more colorful and awe-inspiring. 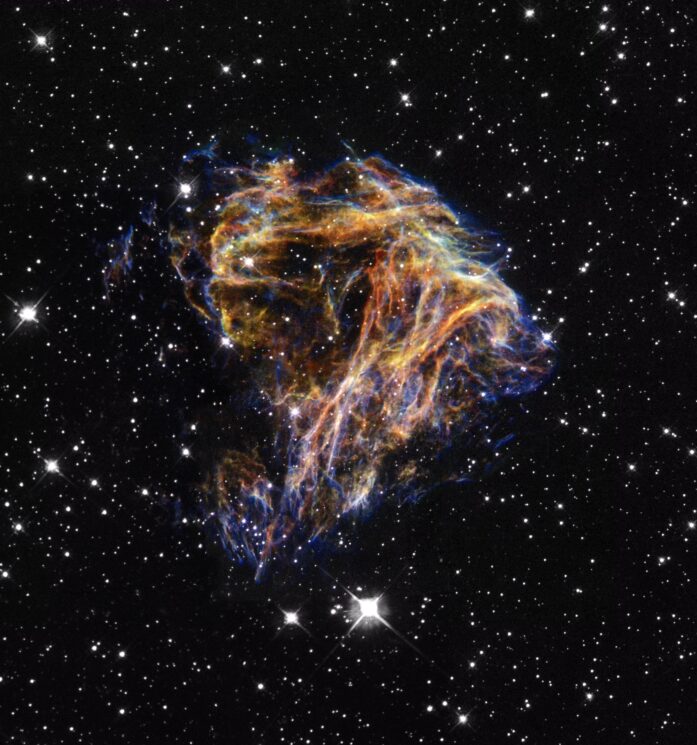 The 2003 photo of DEM L 190
Credits: NASA/ESA and The Hubble Heritage Team (STScI/AURA)

« Leica store in San Francisco robbed with $178,000 worth of gear stolen
Call yourself a cookie addict? Well, here’s some Oreo lens and body caps you can 3D print »