Hubble Space Telescope has been in space for over 30 years and has treated us with plenty of awe-inspiring images. This time, the telescope has captured quite a firework. It took a photo and timelapse of a bright supernova outshining every star in its galaxy and unleashing the energy of 5 billion Suns.

NASA writes that supernovas aren’t that rare: there’s approximately one per second exploding out there in the universe. However, what is rare is getting a timelapse movie of a supernova fading into obscurity.

This incredible firework took place in a galaxy far, far away. More precisely, in the spiral galaxy NGC 2525, 70 million light-years away from Earth. Hubble captured its timelapse as a part of a program to measure the universe’s expansion rate. “More than just providing celestial fireworks, supernovae can be used as milepost markers to measure distances to galaxies,” NASA explains. “This yardstick is needed to calculate how quickly galaxies appear to be flying apart from one another, which in turn provides an age estimate for the universe.” 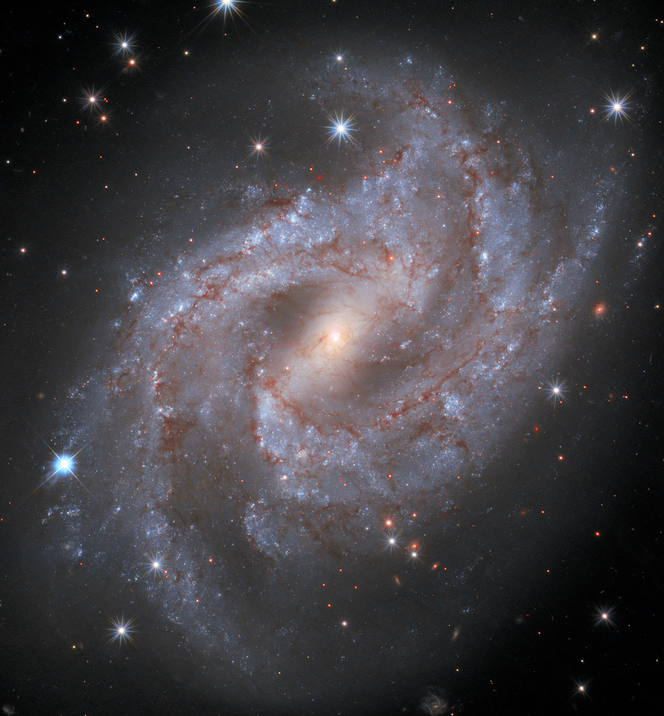 NASA explains further that the explosion originated from a white dwarf accreting material from its companion star. “This pileup of gas eventually triggered a runaway thermonuclear explosion, making the dwarf nature’s own atomic bomb.” The blast unleashed the energy that’s equal to the radiance of 5 billion of our Suns. Five. Billion! And the timelapse above lasts only a few seconds, yet it compresses nearly one year’s worth of Hubble observations. It brings together observations taken from February 2018 to February 2019.

[via Engadget; image credits NASA, ESA, and A. Riess (STScI/JHU) and the SH0ES team]