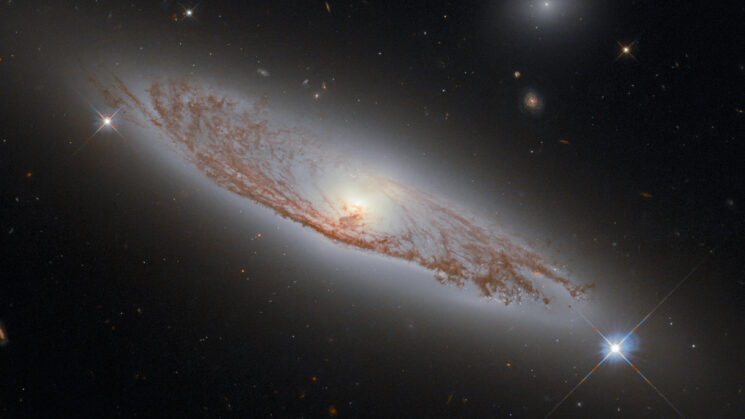 Can you ever have enough of awe-inspiring photos taken by the Hubble telescope? I know, me neither. NASA recently published another incredible image captured by Hubble, and it shows a spiral galaxy far, far away. As far as 150 million light-years from the Earth!

I enjoy space imagery in general, but I find photos of spiral galaxies to be almost hypnotizing. This one shows the galaxy NGC 5037 found in the constellation of Virgo. William Herschel was the first to document it, and it was all the way back in 1785.

“It lies about 150 million light-years away from Earth, and yet it is possible to see the delicate structures of gas and dust within the galaxy in extraordinary detail,” NASA writes. Indeed, it’s fascinating that we can have such a clear insight into a galaxy that is so far away.

To make this incredible photo, Hubble used its Wide Field Camera 3 (WFC3). It collected the exposures that were combined to create the final image.  “WFC3 is a very versatile camera,” NASA explains, “as it can collect ultraviolet, visible, and infrared light.” This enables it to capture plenty of information about the objects that it observes. Astronauts installed the WFC3 on Hubble in 2009, during servicing mission 4, which intended to prolong Hubble’s life for another five years. But here they both are in 2021. Twelve years later, both Hubble and WFC3 are alive and kickin’, still bringing us stellar images to enjoy! 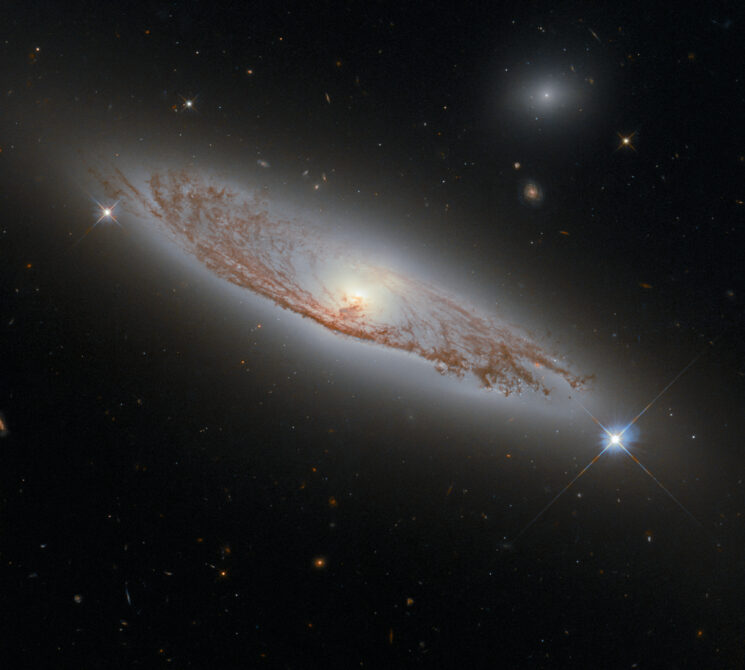 Make sure to visit NASA’s website for more information, and of course, for plenty more beautiful photos.