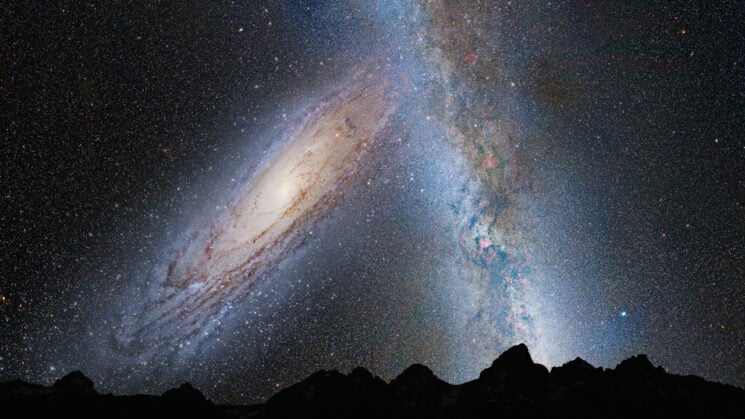 NASA has released a Hubble image that’s jaw-dropping and frightening at the same time. It shows our Galaxy, the Milky Way, heading towards a collision with its neighboring Andromeda galaxy. Of course, it’s not going to happen any time soon, but the photo will still make you look in awe and admire the almighty power of our universe.

On Thursday, NASA astronomers announced that they can now predict the titanic collision of the Milky Way and the Andromeda. However, no need to rewatch apocalypse-themed movies and get ready for the disaster – this major cosmic event isn’t due to occur for another four billion years.

Thanks to the Hubble Space Telescope’s data and measurements of Andromeda’s motion, astronomers determined that it’s falling toward the Milky Way. The gravity between the two galaxies pulls them closer together, as well as the invisible dark matter that surrounds them both. Right now, the Andromeda is 2.5 million light-years away from the Milky Way. 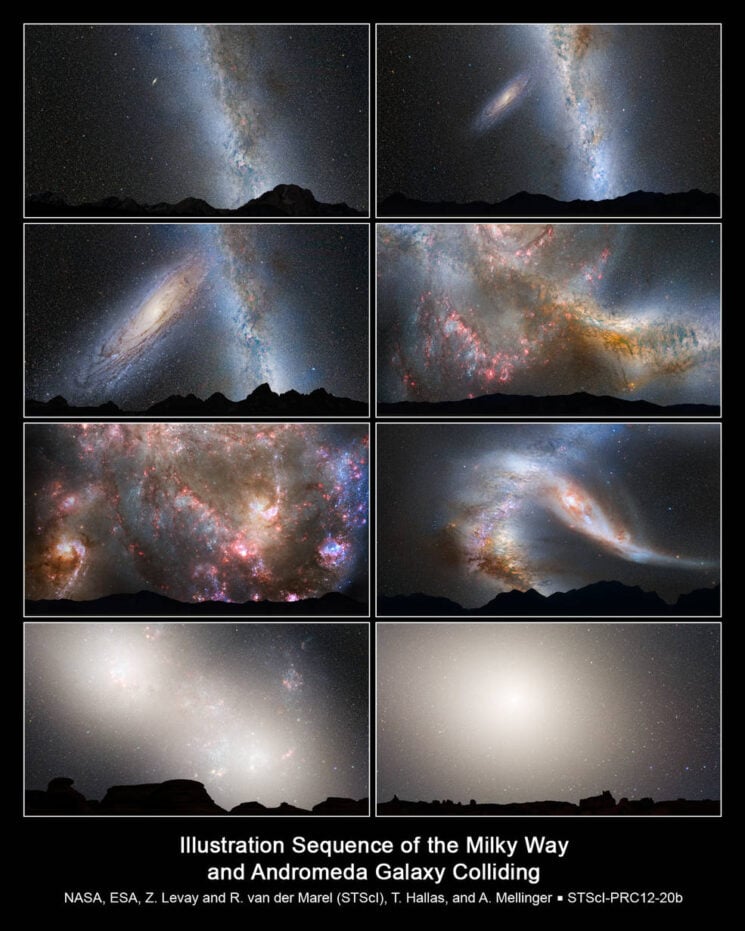 But even when the collision occurs, what happens to our solar system? Nothing to worry about, judging from NASA’s predictions. “It is likely the sun will be flung into a new region of our galaxy,” NASA notes, “but our Earth and solar system are in no danger of being destroyed.” After all, I’m pretty sure that the human race will destroy itself long before the universe does it.