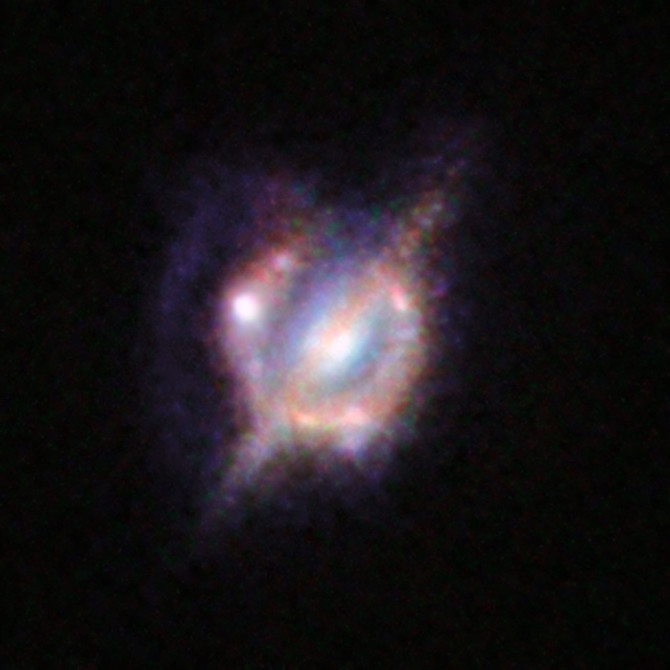 If you thought that the Canon 1200mm is big, wait till you see what the ESO (European South Observatory) used to capture two galaxies collide.

Turns out  that if you have the means you can use another galaxy as a lens in a process called gravitational lensing. A gravitational lens is a big (I mean galaxy-big) object in space, when a celestial object aligned behind it, it acts as a lens, bending the light that goes around it, creating a defacto lens.

It just so happens that stars have aligned (pun alert) in a way that provides this magnifying view on a galaxy collision that happened 7 billion years ago. Yup, the universe was only half its age when it happened – practically a toddler. It’s called H1429-0028. Catchy, right? Apparently, although very faint in visible light pictures, it is among the brightest gravitationally lensed objects in the far-infrared regime found so far. 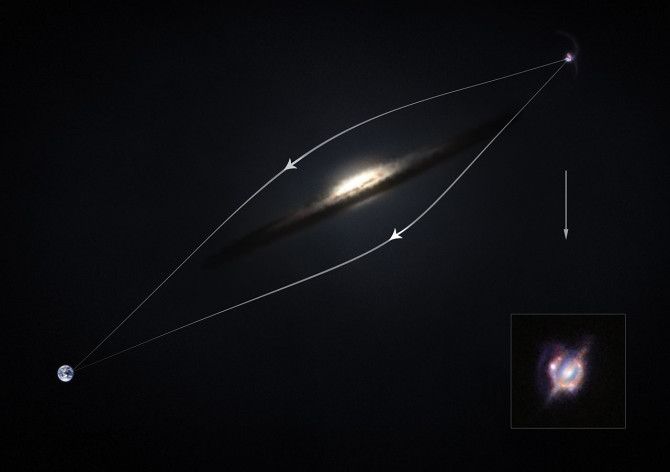 Don’t go out to the back yard trying to see this magnificent event though, it is invisible to the human eye. It took data combined from the Hubble Space Telescope, ALMA, the Keck Observatory, the Karl Jansky Very Large Array (JVLA) and a few more to gather enough light and info to create this image.

If you want to understand gravitational lensing better, here is an illustration zooming into the collision and showing how the lens works.

[Best View Yet of Merging Galaxies in Distant Universe]

Got a gazillion megapixel photo? This is how you use a “magnifying glass” to show off

« Yale Organized 170,000 Depression Era Images And Organized Them Into An Awesome Interactive Photo Map
Camera Makers, Can We Please Have A Gyroscope In Each Camera »