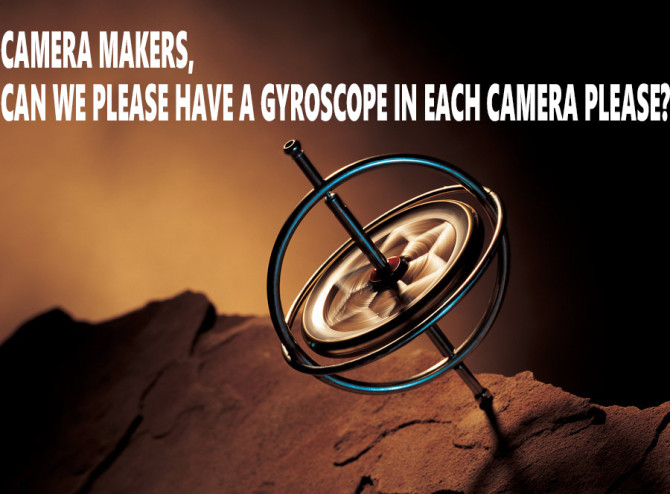 Just a few days ago Instagram announced their Hyperlapse app which creates in-camera hyperlapse movies. Quality is not a stunner, but it definitely hint on the possibilities. Here is the trick, Instagram uses the in-phone gyroscope to stabilize the footage.

This is a great idea (as Ben noted), and in fact  I think that all cameras should have a gyroscope built into them. In fact, I predict a trend coming in the next wave of camera to have a built in Gyro. For more than one reason: 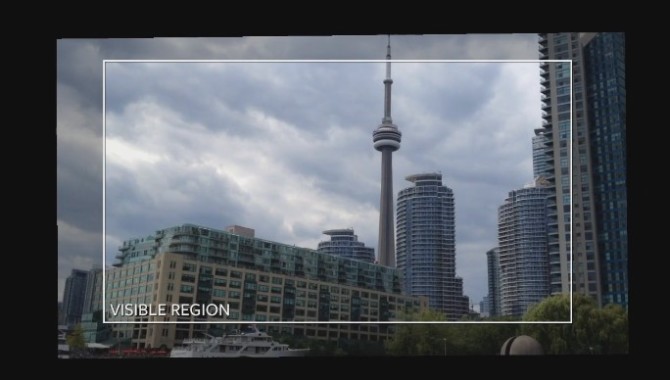 Instagram made this one an obvious. By using data retrieved from the gyroscope in smartphones, Hyperlapse is able to provide incredible smooth videos. Their way to stabilize the video is to have a frame, slightly smaller than the full image, move around so it always capture the same perceived area.

This is quite a clever integration between camera and gyroscope and there is no reason we will not see it as either a built in hyperlapse mode in cameras or a way to get better stabilized video off of DSLRs. 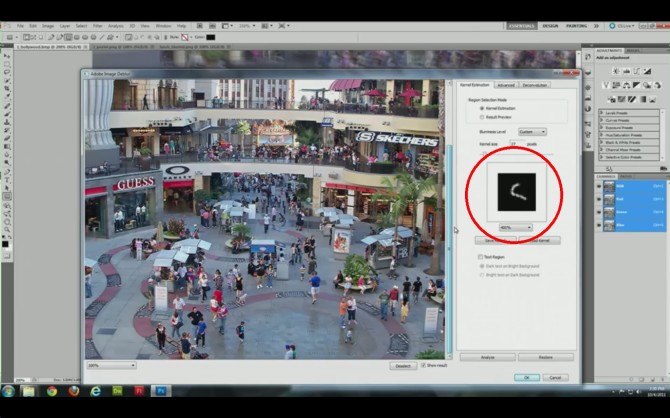 Here is another clever use for the camera movement. Remember Adobe’s Blur reduction feature? The way it works to remove motion blur is by calculating something called blur kernel (highlighted in the red circle above). The blur Kernel is a representation of the camera shake in the time of photo taking. The way it works today is that photoshop tries to calculate the blur kernel based on some heuristics and very clever guesses. What if we could provide photoshop with the exact movement vector of the camera? It would improve blur reduction beyond belief.

This is another feature that should be copied from smartphones. I don’t think I have seen a decent camera capable of stitching a large panorama. Sure, they will sometimes assist with an overlapping image for the photographer to tune rotation, but including camera movement will enable stitching a perfect panorama right in the camera. Can you imagine how easier it would be stitching a photo like this?

So this short list (along with a bigger list I assume you can produce) makes some very good rationale for including gyroscopes in camera. Let’s see how far we have to go to get there:

Some camera, like the Olympus OM-D E-M10 or the Sony A77II already have built in sensor stabilization. This means that the sensor is making very small moves countering any shares coming from the photographers hand. It does not matter if they are doing this in software or by actually moving the sensor, it means that they already have a gyroscope inside the camera and they can use the data for other applications.

The new Sony XQ30 (as well as their older QX10 and QX100) is a camera that connects to a smartphone. It exchanges information with the smartphone. I guess it would not take much effort to also exchange the data from the phone sensor. In fact, I am pretty sure that Sony engineers are working in Sony’s labs on pulling such integration right now.

Of course, we would need somewhere to store this movement data. It would be best if the next EXIF standard will have a special tag for this. But till then, let me suggest a quick and dirty use of the MakerNote tag (According to the Exif 2.2 standard, the makernote is “a tag for manufacturers of Exif writers to record any desired information. The contents are up to the manufacturer, but this tag should not be used for any other than its intended purpose.”). Of course the first manufacturer to make the tag will set the path for all.

Or even better yet, let’s make a new tag, starting at decimal tag 31: MovementInfo – Exif.MovementInfo.MOVE_XXXXX

I would love to see this happening!

IP ratings and what they mean to your gear. Camera makers, please be clear!

Rant: Tripod makers, please don’t force us to carry coins in our bags