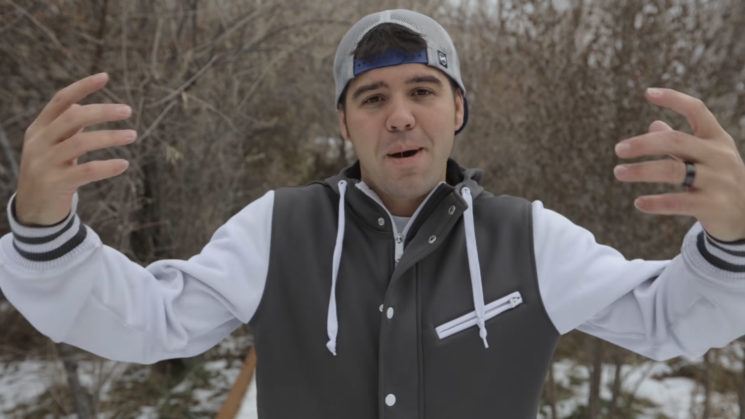 It almost feels like GoPro have gone into some kind of self-destructive downward spiral. Since hitting their peak near the end of 2014, GoPro’s share prices have taken plunge after plunge. They received a little bump with the announcement of the Karma, which immediately dropped back down after the recall was announced.

Now, it seems, that if GoPro have to suffer, then so do everybody else. In this passionate video from YouTuber Devin Graham (aka Devinsupertramp), he explains that GoPro are threatening to sue accessory make GoScope. Firstly, they don’t like the use of the word “Go” in their name. They’re also demanding they change all their moulds, too. Presumably under some sort of alleged design infringement.

GoScope arose as the result of a need back in 2011. Selfie sticks were literally sticks or golf clubs with cameras strapped to the end. There were virtually no 3rd party accessories available. Although GoPro produced amazing cameras, their own accessories simply didn’t fill the needs of their users.

At the time of registering the GoScope trademark, they actually spoke with GoPro, who had a six month window to object to the filing. GoPro, at the time, seemed cool with it. Now, something seems to have changed.

I guess now that GoPro have released their own backpack and a handheld gimbal, they’re simply trying to take out the competition. They do seem pretty heavy handed in their approach, though.

GoScope are a small family run company. It’s just Kyle, his wife, and young child based out of their hometown in North Carolina. The products are designed in America, with the parts manufactured in China, similar to GoPro themselves. They’re not raking in the kind of money that GoPro are, and certainly not enough to make a dent in GoPro’s income. 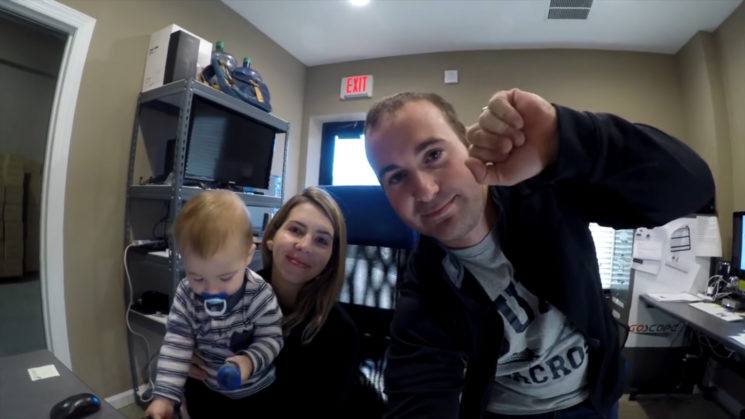 Common sense might suggest that since GoPro didn’t object to the filing of the GoScope name back in 2011, that they’ve relinquished the right to object now. But, the common sense and the legal systems around the world rarely seem to go hand in hand.

As for changing the moulds. The video doesn’t go into too much detail on this, but 3rd party products are vital to pretty much any camera system. Manufacturers may choose void your warranty as a consumer if you attach some of these 3rd party accessories to your camera. They don’t, however, seem to take companies to court for producing them. Well, unless those companies are trying to pass them off as officially sanctioned products.

I just can’t tell any more what GoPro’s overall plan seems to be any more. The Karma was stomped all over by DJI’s Mavic Pro even before the recalls. Companies like YI are stepping up to challenge their action camera dominance.  They look like they could potentially be dethroned at any minute.

Instead of innovating and producing new and amazing products (that don’t need recalling), they’re going after accessory makers that have never been a problem for GoPro before. It just seems like there’s been no really good news around GoPro for a while now.

They may have blazed the trail in this field, but perhaps they just didn’t anticipate how quickly the competition would start catching up. And when they can’t tackle that competition on an even playing field, they make the small guy their new competition and try to drive them out completely.

Whatever the reasons, the future’s not looking great for GoPro. Hopefully they’ll see some sense, leave GoScope alone, and start leading the way again at some point.

What do you think? Are you still a big GoPro fan? Do you think GoPro should have the monopoly on accessories that fit their camera? What about when you want an accessory that GoPro don’t make? Let us know in the comments.

Camera Makers, Can We Please Have A Gyroscope In Each Camera