GoPro have today finally unleashed the Karma drone on the world. Originally slated for release much earlier in the year, it seemed like it may never actually happen. After a few teases over the past couple of weeks, though, GoPro seem to have made good.

Like GoPro’s cameras, the biggest feature of the Karma is its ease of use. The most notable part of that being that the arms fold in. This makes it very simple to fit into all but the tiniest of backpacks. The removable gimbal also allows you to quickly switch from using your camera on the drone to in your hand.

The gimbal allows you to mount either the new GoPro Hero5, Hero5 Session or Hero4 Black. The gimbal mounts at the front of the drone, rather than slung underneath it like many other brands. GoPro say this is to reduce the risk of the blades appearing in the shot. 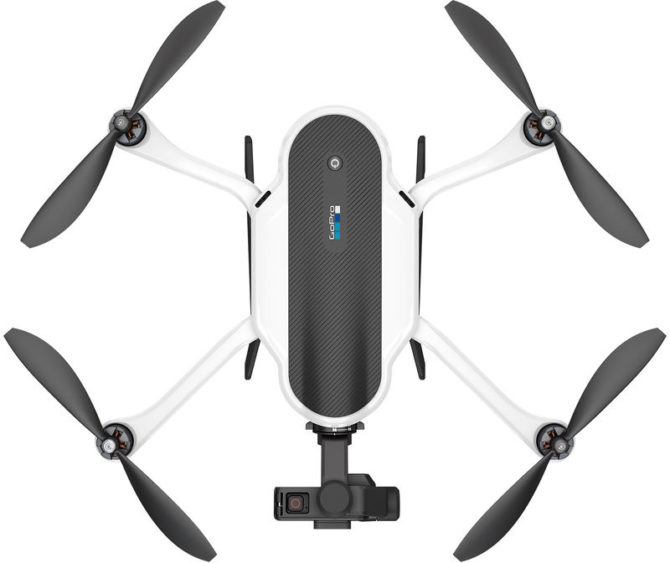 Bringing the camera forward certainly makes sense, but with a drone this small, I do wonder if it’ll make it a little front heavy. Even with something a bit more hefty like the DJI F550, bringing the camera too far forward can topple the balance significantly.

The gimbal to which the camera mounts is also completely removable. So if you just want to go out and practice flying without recording you can. Removing the extra weight should have the advantage of offering a little more flight time. This is obviously ideal if you’re learning how to fly the thing.

The other thing you’re able to do with the gimbal once you remove it from the drone is to install it into a handle for handheld use. This makes it extremely versatile, and if you don’t already own a handheld gimbal, adds a lot of value to the price. 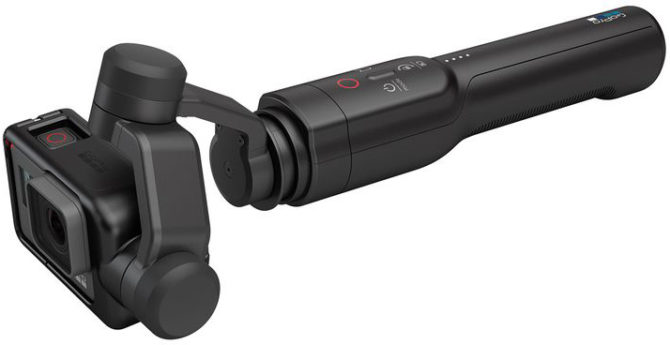 The remote control features a built in LCD which folds down over the top of the controls. It’s a slick design, and a lot less hassle than having to deal with separate screens or mounting phones or tablets. 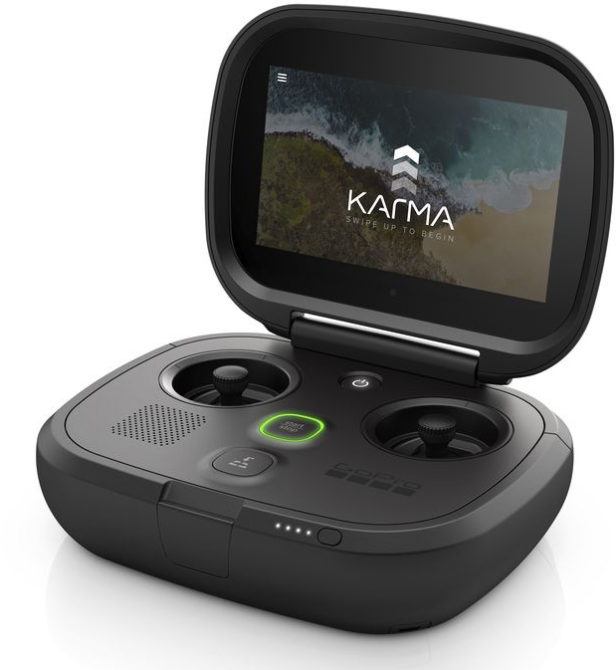 The Karma drone alone costs $799, allowing you to mount the Hero4 Black Edition you already own, Alteratively, you can get it with the Hero5 Session for $999 or with the Hero5 for $1,099. Shipping is expected on October 23rd.

Benefits of a detachable gimbal notwithstanding, it’s not a bad price if it can keep up with the popular competition. Namely, that’s the DJI Phantom 4, and the Yuneec Typhoon H. Both are a little expensive than the Karma, so if it can do the same jobs, the savings in both cost and bag space are a huge selling point. 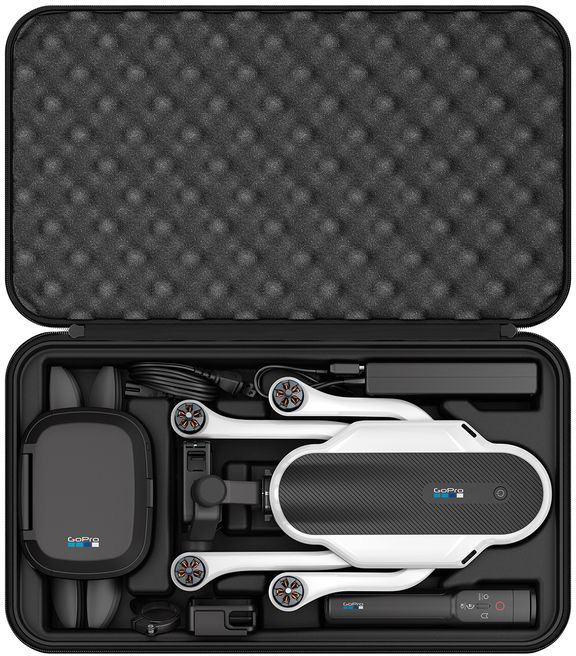 DJI are expected to announce their own folding drone soon, too. We’ll have to wait and see exactly how the features and price will compare. DJI has a much longer history with drones, so they may hit back very hard against the Karma.

So, are you sold on the Karma? Will you get one? Or are you going to hold off until you see what DJI or Yi’s new drone might have to offer? Let us know and tell us what you think in the comments.

« This is how the Photokina booths for Canon, Nikon, Fuji and Sony look like
GoPro’s HERO5 has a touch screen, built in waterproofing and voice control »