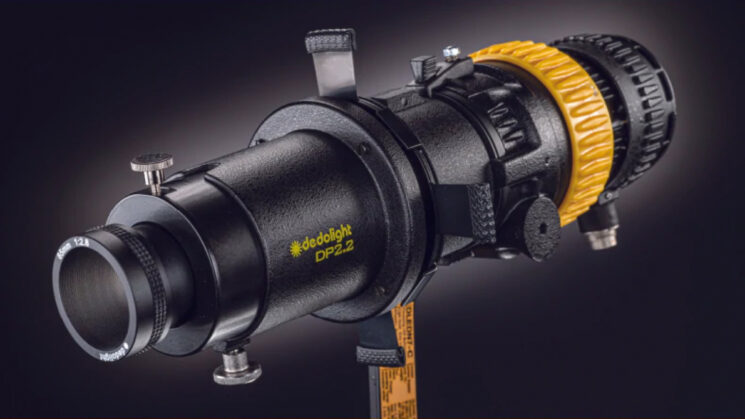 The Neo Color system is comprised of the Neo Color Lamphead (DLED7C), the DTneoC Ballast, a light shield ring and 8-leaf barndoors. A 3-metre cable connects the lamp to the NEO colour control unit, and it’s compatible with a number of dedolight optical accessories for the kind of light shaping control dedolight users will be used to.

The dedolight NEO Color system shares a similar feature set to that found in the recently announced Prolycht Orion 675 FS, which makes sense given that this is a collaboration between the two companies. You get a number of lighting controls including X,Y coordinates, hundreds of built-in Lee and Rosco gel simulations, dozens of light source simulations with a 2,000 to 20,000 Kelvin temperature range and a whole mess of customisable effects. It even uses the same ChromaLink app for wireless remote control as the Prolycht Orion series, although standard DMX and LumenRadio CRMX are also available for integration into existing lighting setups and consoles. 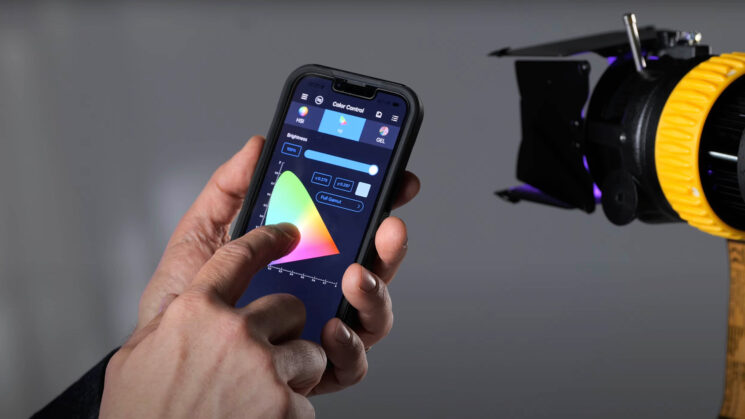 If you’re not controlling remotely, you can use the menu system on the DTneoC ballast. The DTneoC and thus the light itself can be powered by either AC from the wall or using a V-Mount battery when out and about on location. A 3-metre cable comes supplied to connect it to the controller to connect it to the light, although a 10-metre cable is available for when you need a bit more reach. 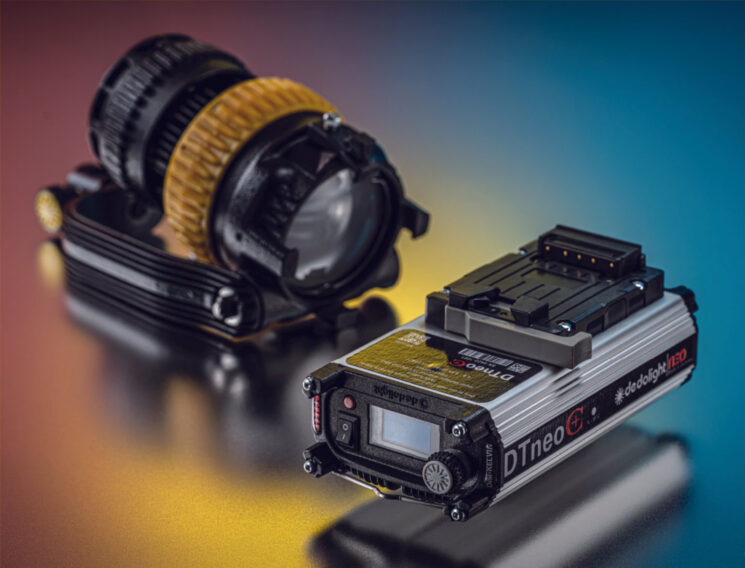 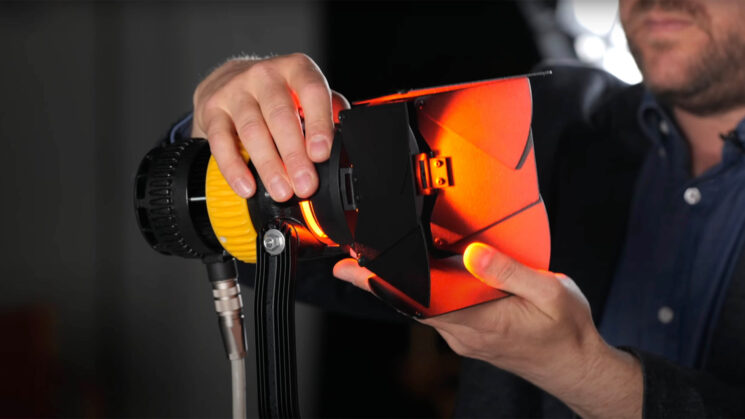 The complete specs still seem to be forthcoming, although Dedo says that the dedolight NEO Color will be coming later this year with an introductory price of $1,995 and a regular MSRP of $2,145. For now, you can find out more on the dedolight website.