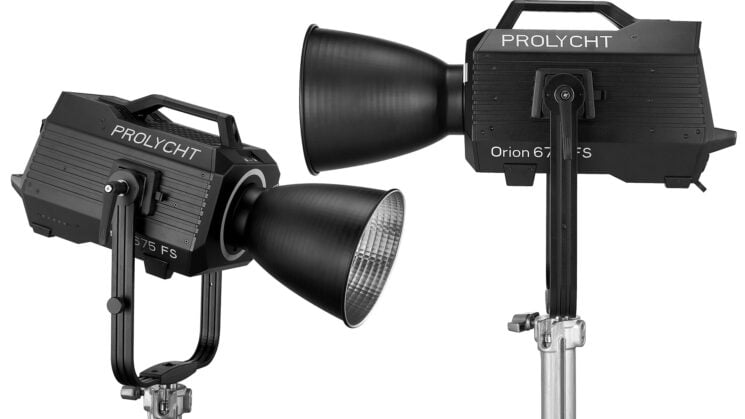 Prolycht has announced its new Orion 675 FS full-spectrum colour LED spotlight, which it claims is the most powerful colour-tunable spotlight in the world. It uses a six-colour LED “Hyperlight Color” engine that mixes red, green, blue, amber, cyan and lime to create a wide colour gamut that Prolycht says “surpasses traditional RGBW or RGBWW technology” to produce “super accurate and pleasing” skin tones.

Set to 5600K, Prolycht says it’s brighter than a 1200 Watt HMDI and at 3200K it’s equal in output to a massive 5,000 Watt tungsten. When it comes to other LED spots on the market, it says that it’s brighter than a 600W daylight-0nly LED spot and three times brighter than any other manufacturer’s RGBLAC  spotlight. Those are some pretty bold claims!

The Prolycht Orion 675 FS has a super-wide colour temperature range going from 1,800K all the way up to a whopping 20,000K with full-spectrum colour which they say makes it “the first true replacement for a host of antiquated fixtures” – basically, LED’s predecessors. It offers X/Y mode for repeatable colour throughout the CIE 1931 colour space, HSI mode to dial in specific hue, saturation and intensity, Gel mode with more than 330 Lee and Rosco gel equivalents as well as Single Color Mode which gives direct control over each of the six different colour channels.

It also features a Source Mode with presets to replicate the light output of more than 40 different types of light sources and effects, including multicolour effects, with adjustable parameters for colours and timing. There are hundreds of pre-loaded settings and users can create their own presets to load into the light, too. 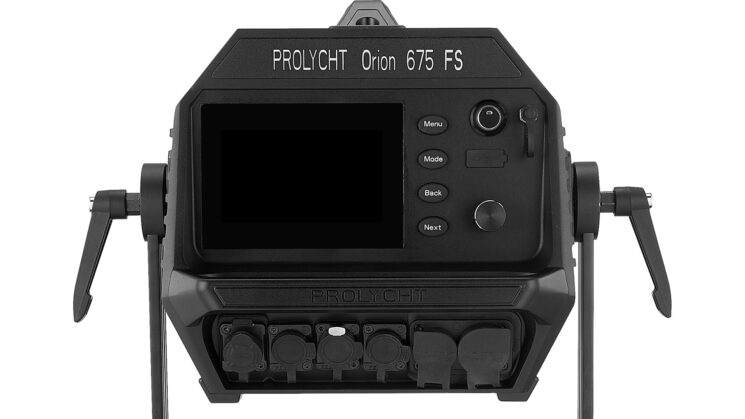 Control is available through the interface on the back of the unit or via DMX, CRMX wireless control, ArtNet or with the ChromaLink App for smartphones and tablets. And, yes, it’s available for both iOS and Android. The front features, as is the way these days, a Bowens mount, allowing you to use the full range of softboxes and other modifiers you probably already own. And if you don’t have any, the light comes with a reflector and Prolycht is also releasing a 10″ adjustable Fresnel lens, a 60″ Soft Dome and a 35″ Soft Lantern with the promise of more lensed modifiers planned for the future.

The Prolycht Orion 675 FS comes in a number of packages with the basic kit starting at $3,495, but until June 1st, you can pre-order it for $2,795 in the USA, although similar details will be available in Europe. If you can’t wait to check one out in person, though, the Orion 675 FS will be on display at NAB in Las Vegas at the Prolycht booth C7935. If you’re not inVegas, you can find out more on the Prolycht website.