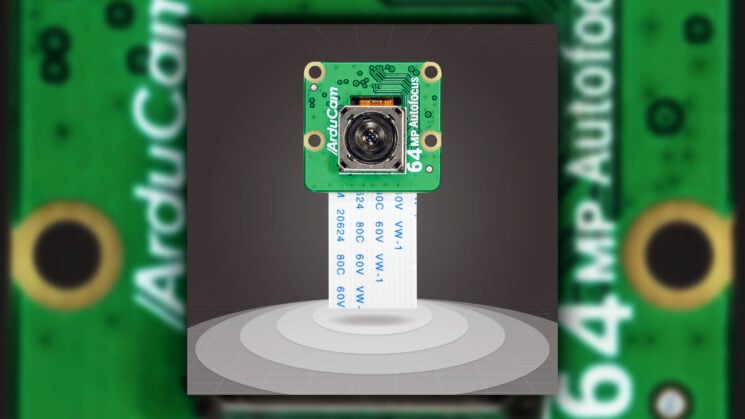 Well, it was almost inevitable, really. With high-resolution sensors coming to smartphones over the last couple of years, it was only a matter of time before we saw them coming to camera modules for the Raspberry Pi. While you might not want to use your Pi as your main camera, they are often used in a lot of AI vision systems. This one is the Pi Hawk-eye from the folks at ArduCam and it shoots up to a crazy 9152×6944 resolution.

It offers both manual and autofocus with “DSLR-like” focus control and has the same form factor and uses the same software (libcamera) as the original Raspberry Pi V1 and V2 cameras. You can even hook four of these things up together on a single Pi for multicam viewing and depth mapping. And no, it’s not being crowdfunded. They’ve just made it, announced it and put it up for pre-order!

While it will run on a lesser pi, you do also need a Pi 4B or a Pi Compute Module 4 in order to take full advantage of that 64-megapixels of resolution. It will work with the Pi 2, 3, CM3, Zero W and Zero 2 W, but those systems will be limited to 16-megapixels. Minimum focus is at 8cm and goes all the way to infinity and contains a 5.1mm f/1.8 lens for an 84-degree field of view – equivalent to about a 24mm lens on full-frame. 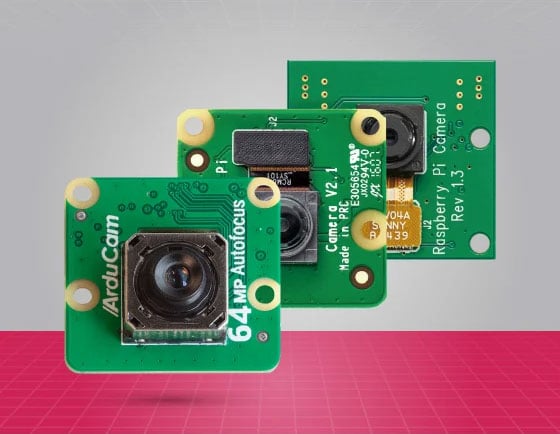 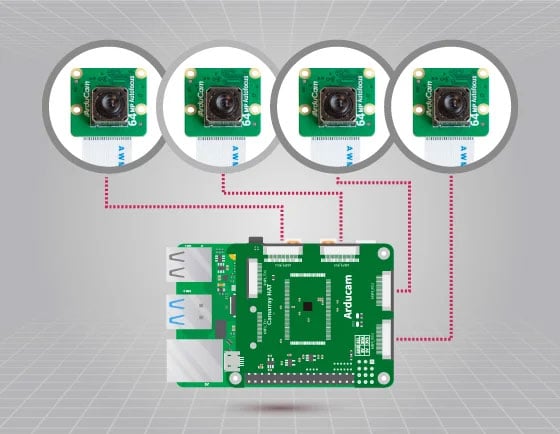 It claims “DSLR-like focus control”, but what exactly does that mean? After all, nobody’s going to think an image shot on a Raspberry Pi with a tiny sensor came out of a DSLR or mirrorless camera. Well, here’s what they say about that…

Here’s what it means: You can now open a preview window on a Raspberry Pi, zoom in for a super close-up view, move up/down/left/right (ePTZ) to pick anything, set/adjust the focus, and then take a photo.

Now imagine what you can do with a feature like this.

So, a little creative license with the term there, I think, but if you use a Raspberry Pi camera in your projects, this should offer some significant improvements over the official cameras. And if your project needs more than one camera, you can hook four of these up to a single Pi using ArduCam’s new quad-camera “Camarray” HAT.

At the moment, the new camera module and the associated accessories and bundles are on pre-order with 40% off. The Hawk-eye 64MP-AF camera itself is $35.99 right now and goes up to $59.99 once the pre-order is over. The Quad-Camera kit, which includes four of the modules along with the Camarray HAT is currently $194 (instead of $298.96). There are also other kits including CSI to HDMI adapters, pan-tilt kits and Ethernet extension cable adapters which you can find on the Arducam website.

As this one’s not launching on Kickstarter or Indiegogo and is actually available to pre-order direct from the company that makes it, I’ve gone ahead and pre-ordered one for myself to have a play with. I have just the project in mind for this!