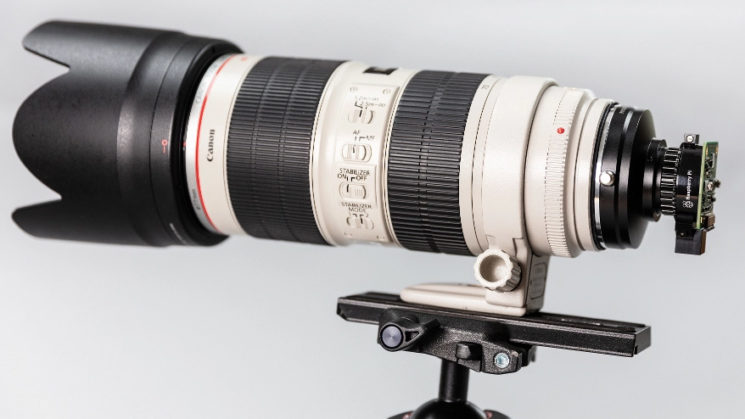 The Raspberry Pi is a wonderful little device. It’s a single-board computer capable of running Linux with more speed than most desktops had a couple of decades ago. One of the great features about the Raspberry Pi is that it features a dedicated socket for connecting a camera module. And that ability has popped up a lot here on DIYP.

Until now, the camera modules available for the Pi have been fairly basic and not really that great quality. Now, though, the Raspberry Pi Foundation has announced a new 12.3-megapixel camera module, based around a Sony IMX477 sensor that accepts CS  & C mount lenses. Which means that it can take just about everything else, through the use of lens adapters.

The High Quality Camera module for the P comes with a CS lens mount but includes a C mount adapter, allowing access to a wide range of lenses. C mount lenses are typically used for applications such as CCTV and they’re quite inexpensive. They have historically been used for shooting 16mm film, too. There is also a wide range of other lens adapters out there that let you connect C mount cameras to Nikon F, Canon EF and other mount lenses.

The Sony IMX477 sensor that sits behind the lens is a 1/2.3″ 12.3-megapixel CMOS sensor. This essentially means that you’ll have about a 5.6x crop factor when mounting lenses onto this thing. What would be a 10mm ultra-wide on a full-frame DSLR or mirrorless sensor suddenly has the field of view equivalent to a 56mm lens on that same full-frame sensor, but with a lot more relative depth of field. 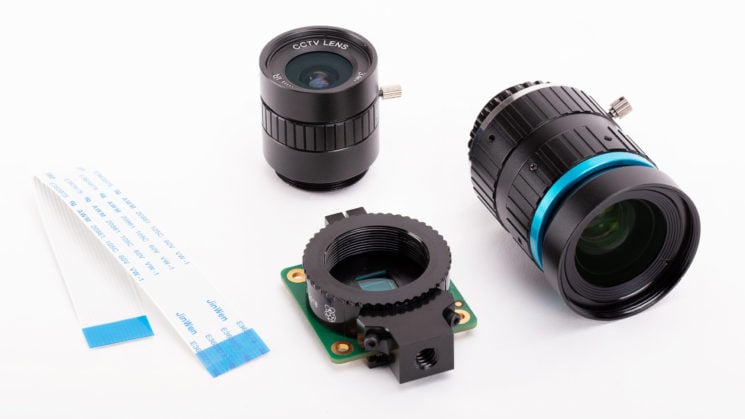 The sensor was released by Sony in 2016, designed for consumer camcorders. So, despite being only 12.3-megapixels, it supports 4K video at 60 frames per second or 1080p at 120 frames per second at 10-Bit. Whether or not you’ll be able to utilise the entire 10-bits with a Raspberry Pi is another matter, however. It also supports HDR but, again, whether you’ll be able to take advantage of that on the Pi remains to be seen.

There are a couple of sample photos in the announcement on the Raspberry Pi website and they do seem quite impressive, although I’m curious to see how well it will work in lower light. It looks like we might be about to see those Raspberry Pi camera projects take a few notches up in quality in the coming weeks. One thing that I did notice in the official guide (free PDF version) is that we can now shoot manual exposure with predetermined ISO and shutter speed!