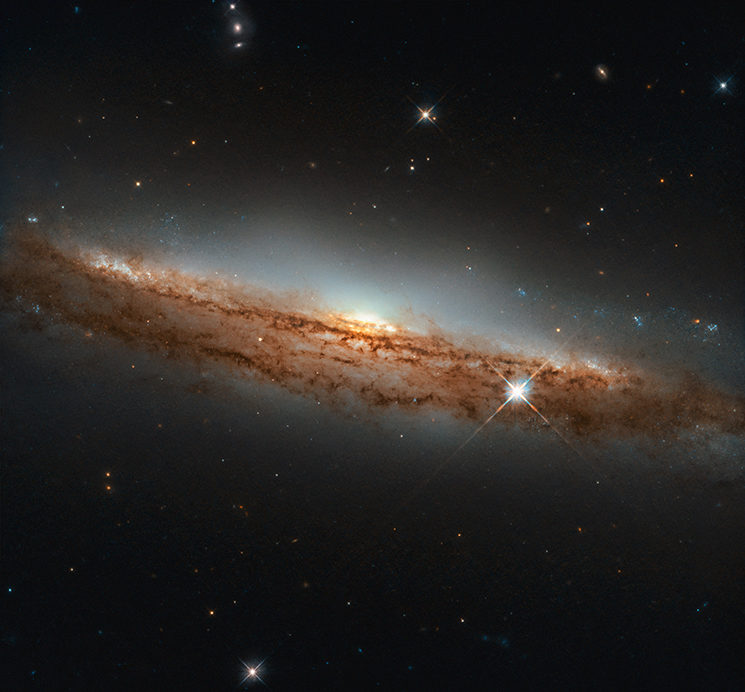 Hubble Space Telescope has given us some of the most iconic images of space. It has seen many galaxies, and it has recently snapped an interesting photo of a spiral galaxy some 60 million light-years away from us. It gazed at the galaxy oriented sideways, and it snapped a photo of its profile, which isn’t something we see all that often.

European Space Agency (ESA) posted the photo as last week’s Picture of the Week, and it shows a spiral galaxy called NGC 3717. As I mentioned, it’s located about 60 million light-years away from the Earth, in the constellation of Hydra (The Sea Serpent).

“NGC 3717 is not captured perfectly edge-on in this image; the nearer part of the galaxy is tilted ever so slightly down, and the far side tilted up. This angle affords a view across the disc and the central bulge (of which only one side is visible).”

“Through most of their expanse, spiral galaxies are shaped like a thin pancake,” ESA writes. “At their cores, though, they have bright, spherical, star-filled bulges that extend above and below this disc, giving these galaxies a shape somewhat like that of a flying saucer when they are seen [edge-on].” This photo shows us a spiral galaxy almost in profile, and it can provide a vivid sense of its three-dimensional shape.

« An in-depth look at the best macro photography light modifiers you can buy, or make yourself
Adding IBIS to the Nikon Z50 would’ve made it too big, interview with Nikon reveals »