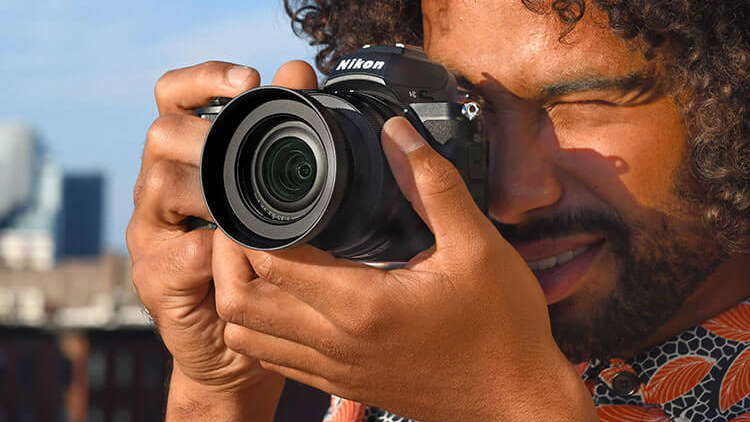 The Nikon Z50 looks like a pretty neat camera. Positioning itself as an entry-level mirrorless camera sitting somewhere between the capability of the D5x00 and D7x00 series DSLRs. Its design seems to have involved a couple of questionable decisions. The folks at Amateur Photographer got to speak to Rob Rob Harman, Senior Commercial Planning Manager at Nikon UK to find out more about those decisions.

The answers to some of the questions are quite telling when it comes to Nikon’s approach, and some of the decisions are purely from a business standpoint. Other answers, though, show just how out of touch they are with their customer base. And I’m saying that as somebody who’s shot primarily Nikon for the last 20 years, and currently owns 15 of them.

First up, though, let’s talk IBIS. This was one of the surprisingly lacking features from the Nikon Z50. After all, if they’re looking to compete, surely that’s a big feature to overlook? Nikon’s response does make some sense.

With this body we’re certainly trying to pack a lot of features into a small, lightweight body and if we include IBIS into the body we’d have to sacrifice size and form factor. Also, I think users at this level don’t expect to see IBIS in an enthusiast-level product, especially at this price point.

Although the Sony A6500 features IBIS in a pretty small body, it’s not quite the same price point as the Z50. The closer price match would be the Sony A6400, which also doesn’t include IBIS. What’s interesting, though, is that the A6400 and A6500 are pretty much identical in size, suggesting that it’s purely a pricing exercise.

Perhaps this means, though, that we’ll see a more advanced APS-C mirrorless camera coming at some point that does have IBIS. One would certainly hope that’s the case, particularly if they plan to kill off the D500 line, as rumours have suggested. Right now, though, they’re essentially tackling the “lowest common denominator” part of the market in order to get the system into as many hands as possible as quickly as possible.

The interview also says that Nikon is planning to continue development of the DSLR and mirrorless systems simultaneously, which will bring great joy to those who love their optical viewfinders and long battery life.

One part, though, really suggested to me that Nikon either doesn’t really know a chunk of their customer base or they’re just making stuff up. I’m not saying they are just making stuff up, but their answer to one particular question does suggest that to me. They were asked about the flip-down screen, and that it can be easily blocked by a tripod, making it pretty useless. Their response…

If we wanted a Vari-angle screen that would have increased the width of the body. We felt tilting the screen down was the most appropriate option, especially given the fact we expect most people to use the Nikon Z 50 handheld for vlogging. It was the best compromise for the design.

Given the number of vloggers who have screamed and shouted about crappy flip-up screens blocked by microphones, and flip-down screens blocked by small tripods like the Manfrotto PIXI, Joby Handypod and Gorillapod on other cameras over the last few years, not to mention Canon’s still pretty much flippy-out dominance over the vlogging camera sector, I don’t know how Nikon can believe what they just said.

Yes, the camera will be handheld. Handheld on top of a small tripod like those I mentioned above. People are not going to be holding the camera’s grip with the wrong hand, backwards, to try and film themselves.

As I said earlier, I’ve been shooting Nikon for 20 years. I currently vlog with a D5300. I’ve been patiently waiting for Nikon to release a worthy 4K replacement for it. Now that the Z50 has been announced and the specs are out, I’ll be going Canon EOS RP for vlogging.

You can read the full interview over on the Amateur Photographer website. Be sure to put your reading-between-the-lines glasses on.