As you know, there has sadly been a raft of camera thefts in San Francisco of late, putting a spotlight on places you might want to think twice about hauling expensive camera gear with you the next time you visit.

The news reports on the thefts usually aren’t very specific about the exact location of the heists, so I thought I’d simply point them out here, in a little more detail, before you, like me, get victim to camera theft in the city.

Do know that the most high-profile crimes have been those devastating“smash and grabs” from parked cars stuffed with expensive goods while the tourists were out enjoying the city. These types of crimes are up 750% in tourist spots, especially Fisherman’s Wharf and the Palace of Fine Arts.

That’s why signs are now posted all over the city, urging people to leave nothing in their cars. 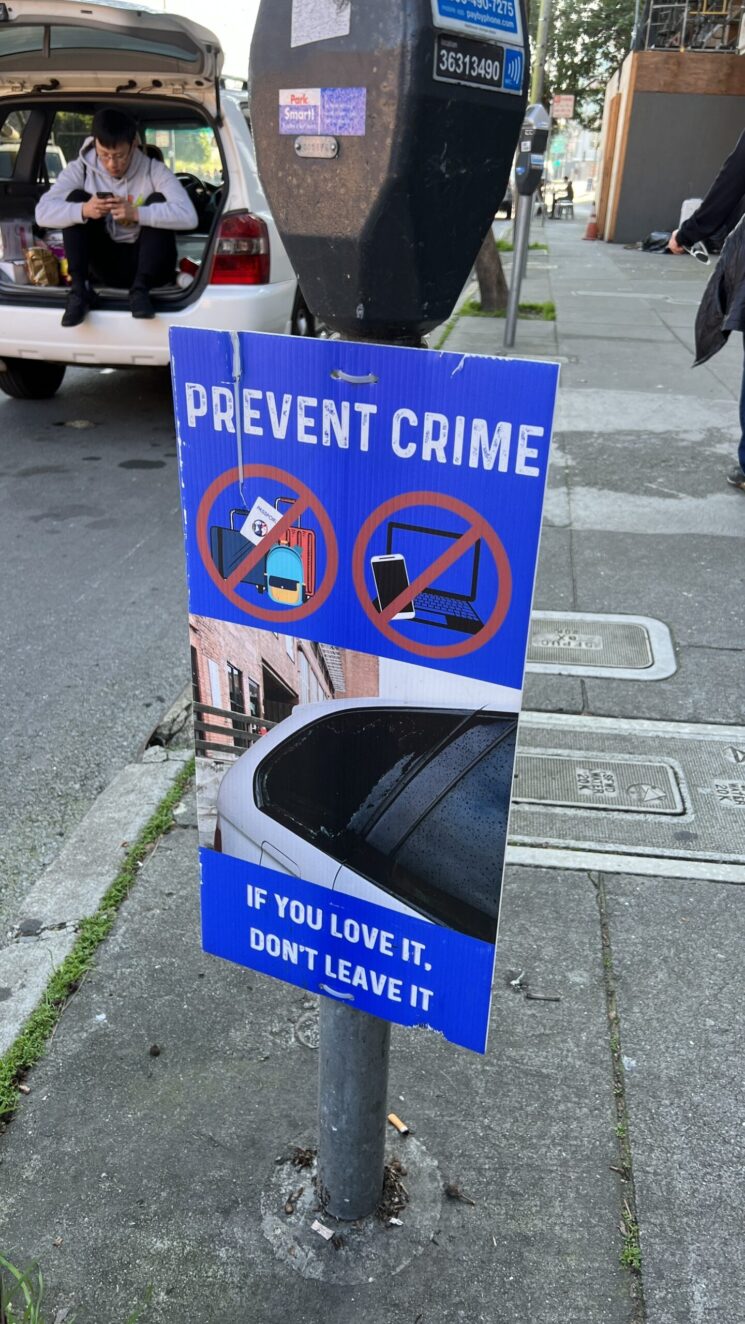 Here are some of the San Francisco spots to be extra careful in.

With its idyllic location, a big green park at the foot of the Golden Gate Bridge, this is one of the top spots for smash and grabs. It’s also where I had a Sony A7RIV, 70-200mm G Master 2.8 lens, Manfrotto tripod and Rode Wireless Go II microphones stolen in 2021, as I was talking into the camera and recording a segment. Law enforcement was blase when I reported the crime, counseling me that I’d never see the gear again, and that the odds of capturing the thieves were remote. Even though some locals had captured the license plate of their getaway car. The cops were right. No arrest was ever made. 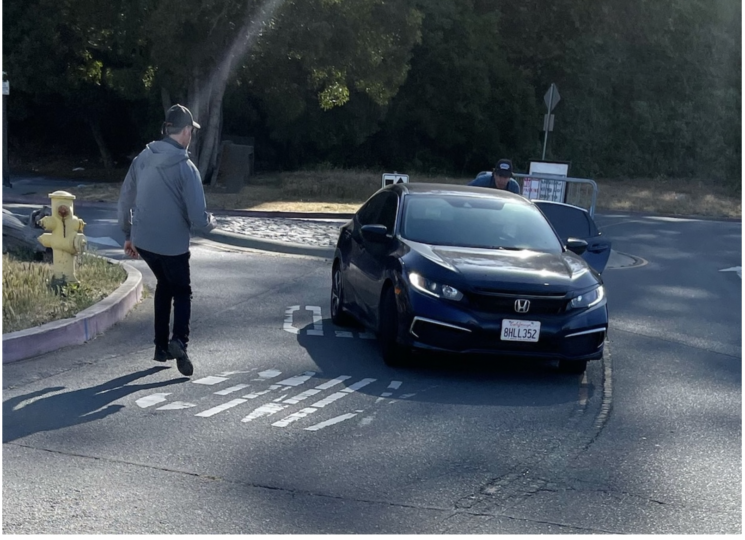 Getaway car makes off with my loot from Crissy Field, San Francisco 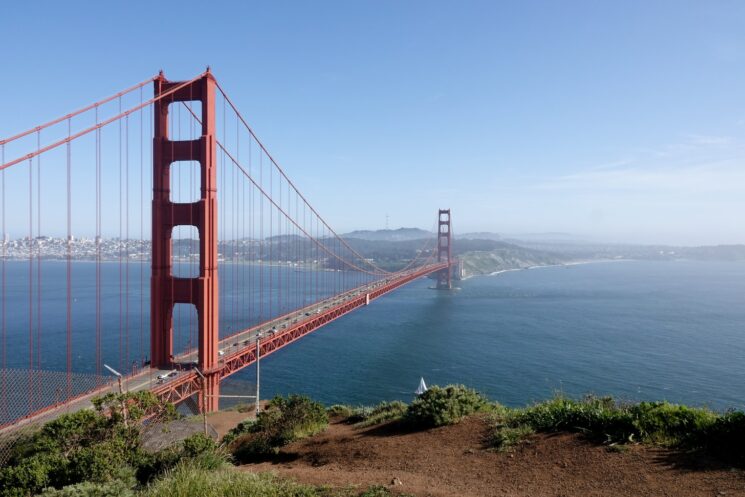 The hands-down best spot for photographing the Golden Gate Bridge, from high up a hill near Sausalito, is where people park their cars and walk up to get their shot. One change now is that signs warn tourists to not leave anything in the car, due to the heavy smash and grab issues in the area. You can’t miss the signs. Sadly, not everyone pays attention.

One photographer, Joe Greer, noted on Twitter that he stepped out of the car for five minutes to get a shot, only to return and find his windows smashed in, and $30,000 worth of gear taken. FYI: the Battery Spencer park is usually cited by many as being in “San Francisco” while in fact, again, it is over the bridge, on Conzelman Road in Sausalito, a different, but nearby city. 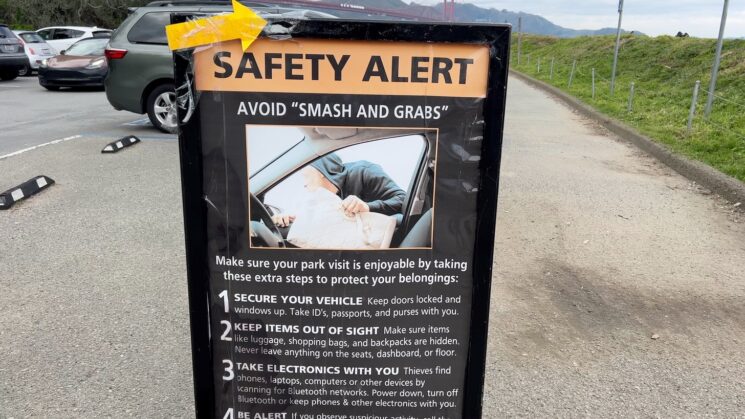 Beyond the smash and grabs, a high profile stalking at the Headlands happened recently to photographer Louis Chan, who was photographing the Bridge. He was followed as he drove home to the San Francisco suburb or Fremont, where brazen crooks smashed his back car window in the driveway and made off with his camera bag. Security cameras recorded the entire home encounter. 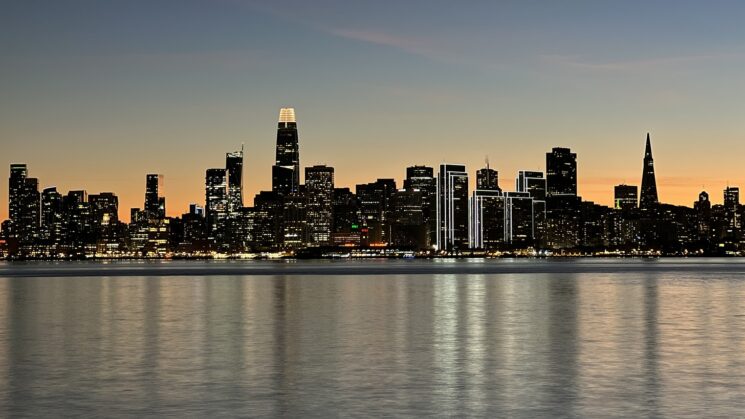 The same sort of theft started here on this little island between Berkeley and San Francisco, affording what is the prime shot of the San Francisco skyline. After photographers Ben Barghabany and Masha Tighi were spotted getting their shot, they drove away, and were followed. As the real estate photography team was in traffic, waiting to get on the freeway, thieves jumped out of their car, smashed the back window, stole the camera bag with $7,000 worth of gear and drove away. The crime was also captured on video by a camera in a Tesla that was behind the car. 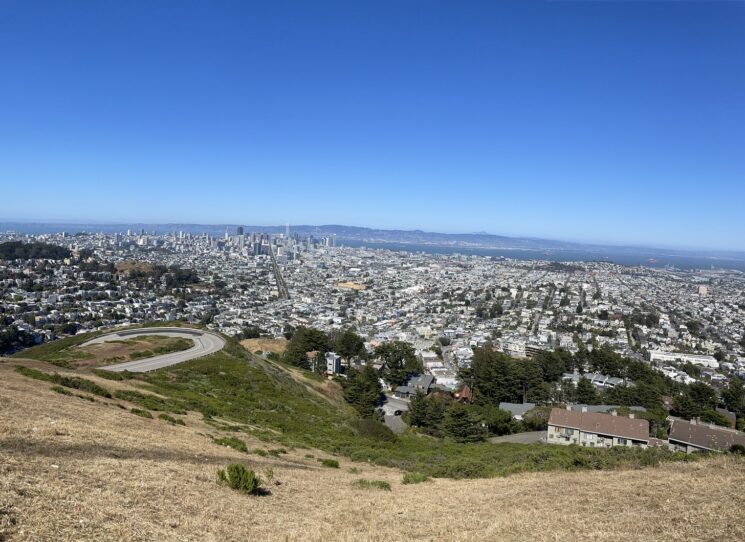 So many smash and grabs became so common at Twin Peaks, which affords a great overhead view of the city, that TV station KPIX came to investigate. While the reporter was doing the story, an armed thief approached and stole his news camera.

Another TV news crew snafu, as a security guard working for TV station KRON was gunned down in November 2021, on the 300 block of 14th Street. An Oakland robbery also happened to a staff photographer for the San Francisco Chronicle on the 1400 block of Fifth Street as he was reporting a story. He was held up, and lost his two cameras. 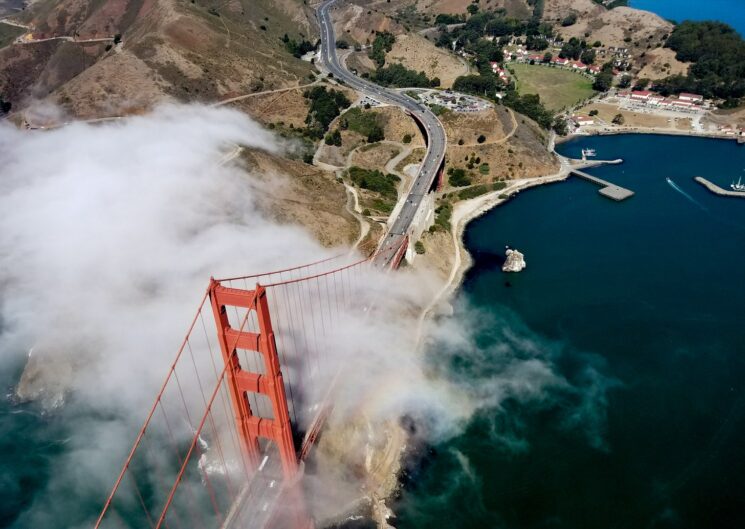 Why is this happening?

Meanwhile, why have thieves turned to cameras (along with other things?) As point and shoots have disappeared, and many people turned to fancier, more elaborate cameras, it is well known that the price tags on these models start at $1,000 and go up and up, with many of the most popular brands selling for $2,000 to $3,000 without a lens. Add another $2,500 or so for them, and a good photographer bag haul could fetch $5,000 to $10,000 and up.

“The Bay Area appears to be increasingly dangerous for photographers and photojournalists as camera equipment is often targeted for its value and how easy it is to sell,” noted Petapixel editor in chief Jaron Schneider recently.

The ease of dumping stolen goods on websites like Craigslist, eBay, Facebook Marketplace and Amazon let thieves re-sell hot goods within minutes, and minus any traces of their identities. Meanwhile the San Francisco D.A.’s office, which has come under fire for neglecting to pursue these thefts, recently announced that a local camera shop was a front for re-selling stolen stuff.

Still visit San Francisco. It’s the most photogenic city in the U.S., I believe, and despite the crime and homeless issues, it’s still an incredible place to visit.

Don’t flash your fancy gear in high-profile theft areas. Think twice about going to some of these areas with big cameras and expensive glass. If you do want to shoot there, try a small camera body and small lens that doesn’t scream “professional.” Or travel together as a group.

Don’t leave anything in the car. Period.

Try taking the shots on a smartphone. They are are easy to steal, but can turn into bricks remotely. So they’re not worth much to thieves. Boo on camera manufacturers for not adding this technology to multi thousand dollar plus investments!

Finally, there are alternative ways to photograph the Golden Gate Bridge. Board a ferry boat and get a shot that way, or fork over $219 to hop a seaplane in Sausalito for a wonderful view from above. Who’s going to rob you there?

What are your thoughts?