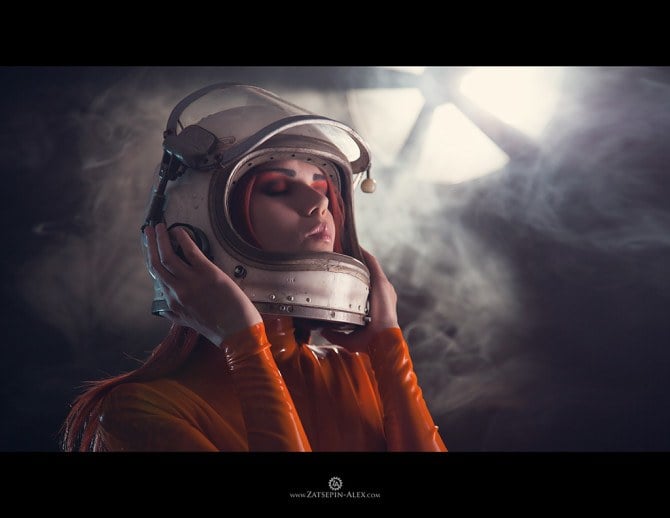 Short answer: Some Latex, A hat, cardboard and smoke. Hit the jump for the long answer. Be aware that it is mildly NSFW.

This shoot was a combination of several unrelated factors coming together. Interestingly they fit very well as a complete concept.

Factor #1: I’m a big fan of using creative scenery in my photography and I love to build my setups in my small home studio.

Factor #2: I have long wanted to try and use light though a gobo in my photos. Specifically I had the idea of using back-light though some sort of a patterns, say a window covered with branches.

Factor #3: We had a wonderful, magnificent latex catsuit! And it was orange!

When we conceive the shoot, I looked at the clothed model and realized that she reminded me of US astronauts. Maybe something about the orange color in the suit. A thought about photographing her with industrial fans and smoke came into mind. Well, we needed a helmet, of course. What self-respecting astronaut would not have a helmet?

I hit the iron while it was hot. I just could not rest until I made it happen. I decided to implement ideas without delay.

I found some empty card box boxes and decided to sculpt them into a “fan”. Then on second thought, I realized that this may not be the best idea, as the cardboard is light and it will be very difficult to have it completely dark in the frame. I could, of course, paint the board black, but then I would have had to postpone the shoot to the next day. NO! Time was getting late, my creative itch did not let me go. I took it as a challenge, just to make things more interesting.

I glued two pieces of cardboard together to get the appropriate height and cut out the fan blades. I hooked the improvised “wall” on a light stand to I can use it with my studio lights. 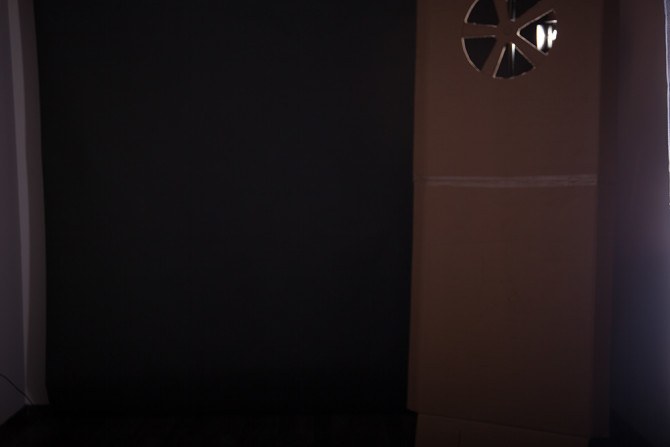 An egg crate on the strip really improved things :)

I placed a strobe mounted with barn doors behind the wall for the back light. I needed the barn doors for pretty much the same reason I needed the egg crate. To avoid spillage on the ceiling and cardboard. 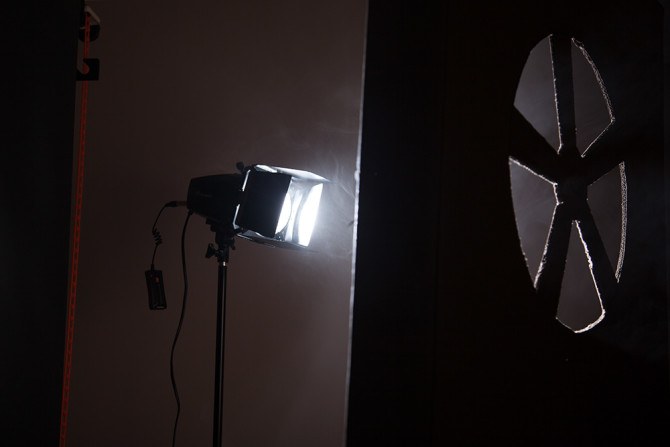 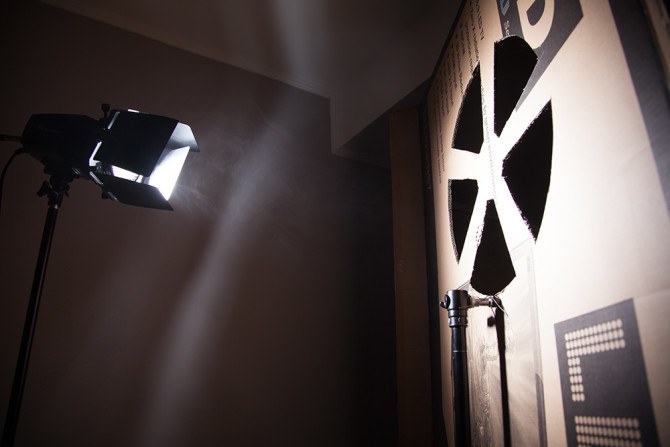 To complete the picture, I placed another snooted strobe with blue gel for a beautiful reflex. It was placed behind and left to model to create a light bit of blue rim light. Here is a shot of the final setup (lit with the overhead fixture) 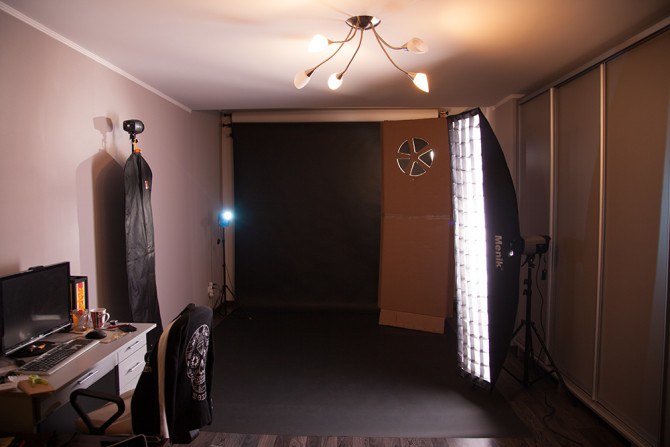 I used my hand to test the lighting. It was good! 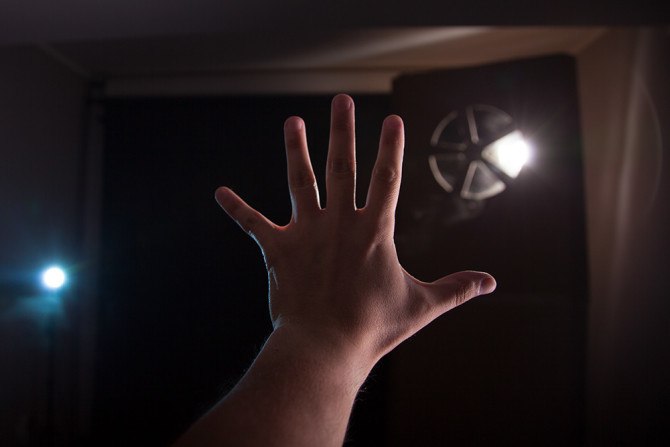 In general, I was pretty satisfied with the picture, the cardboard still took a little hit, but I thought that some smoke will help mitigate this and turned on the smoke machine. Now it was time to test the entire setup. The result is more than satisfactory! 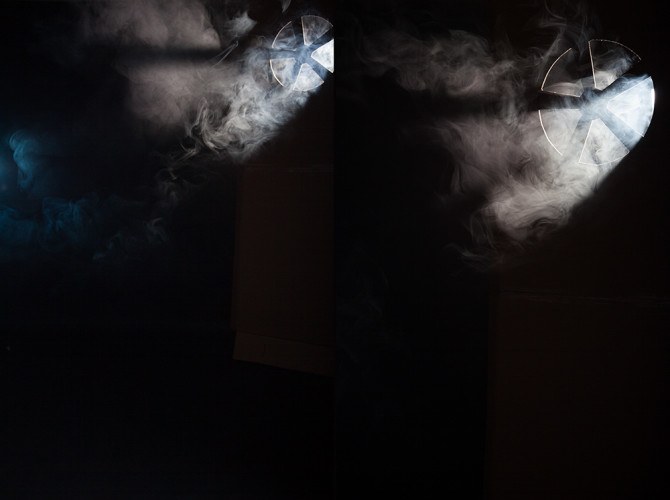 Here is a general lighting scheme 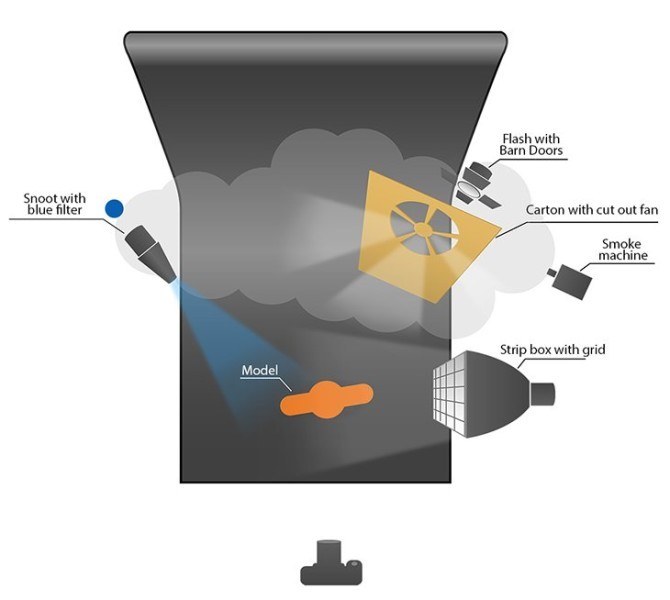 And a setup shot 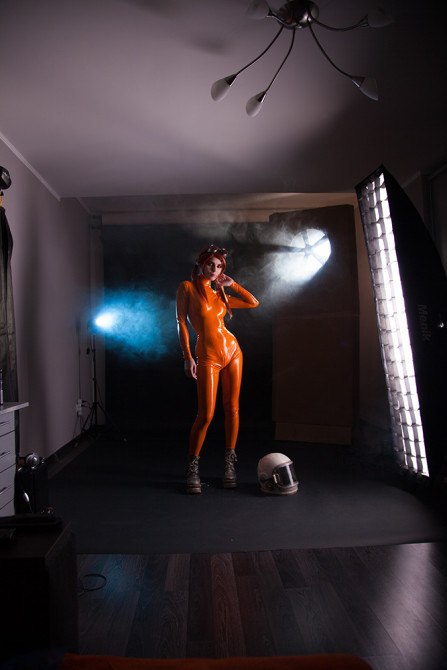 That’s all. The photos kinda took care of themselves from here 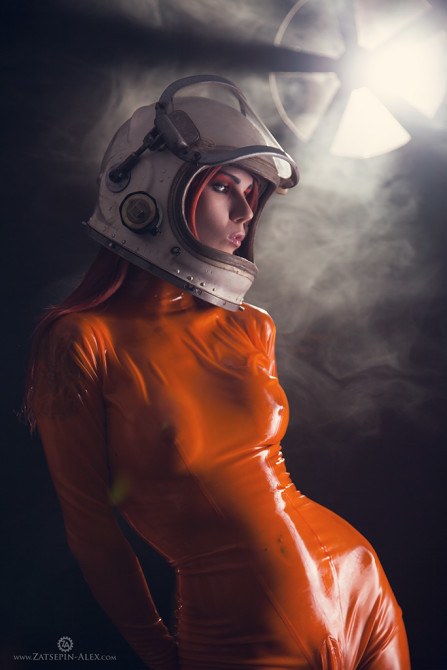 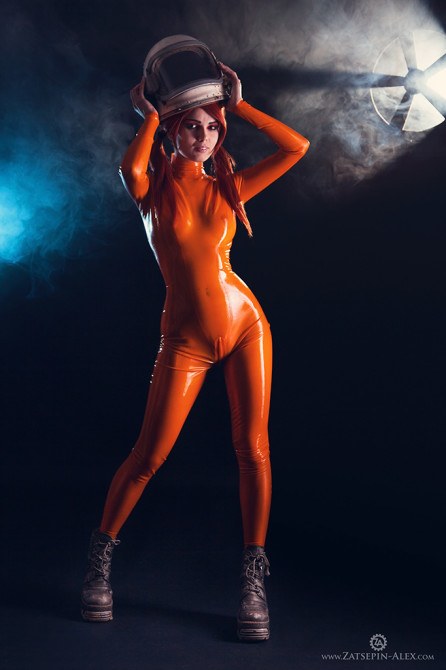 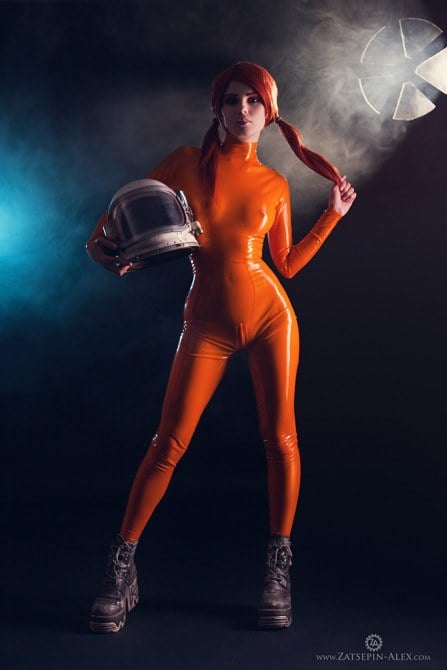 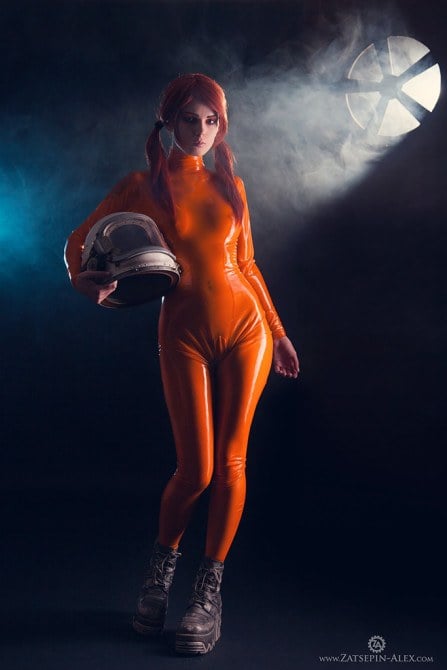 Alex Zatsepin is a photographer based in Moldova. He specializes in Dark Art, fetish, and psychedelic styles. You can see more of his photos on his portfolio and his Facebook page.