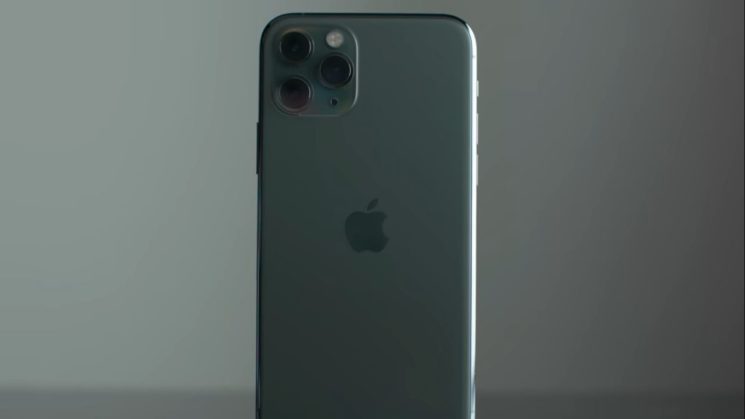 Apple has recently announced its latest flagship phone, iPhone 11, and it’s all about the camera. But before you upgrade, you may want to know is it actually worth it. Nilay Patel from The Verge has made a pretty awesome review of the latest iPhone, focusing on the triple-camera iPhone 11 Pro. It packs 12MP sensors with standard, telephoto, and ultra-wide lens, and let’s see how it performs for taking photos and videos.

There are three rear cameras on the iPhone 1 Pro:

The front camera features a 12MP sensor with a 24mm lens. It also enables you to shoot “slofiesTM” but we’ll get to that. Nilay compared the new iPhone with a few other models that are highly praised for its camera capabilities: iPhone XS, Google Pixel 3 and Samsung Galaxy Note 10.

Just like the previous model, the iPhone 11 Pro features the Smart HDR image processing. While Nilay says it didn’t impress him in the iPhone X, it has been updated in the new flagship model. It creates sharper images preserves more detail and contrast in comparison with the iPhone X.

The Night Mode is a new feature added to the iPhone 11 Pro, and it did a pretty good job in The Verge’s tests. It preserved a lot of detail even in very dark shadows.

Still, the iPhone 11 Pro didn’t win in all the tests. It struggled a bit with backlit images, and Galaxy Note did the best job here in The Verge’s tests. When it comes to low-light photography, Pixel 3 produced the best result. However, the iPhone 11 Pro showed significant improvements compared to the iPhone XS.

When it comes to video capabilities, Becca Farsace took over and tested the iPhone 11 Pro in this field, again comparing it to the same phones mentioned above. Both the front and the rear camera did a pretty good job in terms of color rendering and balancing skin tones even against neon light. However, the front-facing camera didn’t produce as sharp video like the one on the Galaxy Note 10. As for the audio, you be the judge, you can hear it around 8:08 of the video.

The front camera shoots 4K now, which is pretty awesome. You can also shoot slow-motion selfies, and Becca says that it’s just like you imagined it. “You’ll use it once and probably never touch it again.” I know that is exactly how I imagined it.

The rear cameras do a really good job overall when it comes to shooting videos. The transition between the lenses is pretty smooth in terms of color accuracy and exposure. When shooting in good lighting, the results are truly impressive. However, shooting in low light will result in noisy shadows and haloed highlights, and you’ll notice it if you watch the footage on any screen larger than the one on the phone itself.

Just like any other phone, the iPhone 11 has its advantages and disadvantages. But, it seems that a lot has been improved over the previous model, at least judging from this review. There are still some things to upgrade, such as low-light capabilities for video… But perhaps in the next model.

Make sure to watch the entire video and see the example photos and footage. And let us know – do you think it’s worth upgrading?

[iPhone 11 Pro review: the BEST camera on a phone | The Verge]

« Online database ImageNet to remove 600,000 images after art project exposes its racist and gender bias
The Blackmagic Atem Mini is the video switcher that live streamers didn’t know they needed »