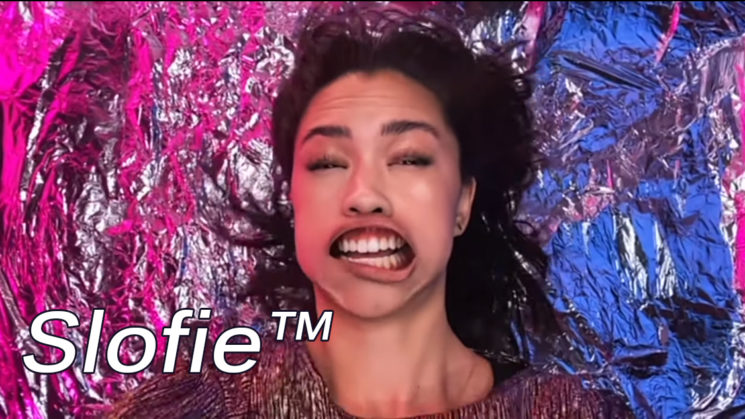 iPhone 11 was announced earlier this month, and it’s all about the camera(s). It’s aimed at mobile photographers, filmmakers, and of course – selfie-takers. The latest iPhone has slow-motion capabilities on the front camera so you can take slow-motion selfies, or as Apple calls them, “slofies.” Apple seems to like their made-up term so much, that they have applied for a US trademark.

“Slofie” is nothing but a slow-motion selfie shot at 120 fps. The slow-motion capability is already available in many smartphones, and Apple added it to the front-facing camera. So, as if selfies weren’t cringeworthy enough, you can now take them as slow-motion videos. And what’s more, Apple wants to protect the “Slofie” with a trademark.

Although it sounds like a joke, the trademark application is real. But it suggests that Apple is applying for a trademark for “downloadable computer software for use in capturing and recording video.” As The Verge notes, this could mean that the trademark is more about preventing other companies from making slofie-branded camera apps than it is about limiting usage of the word. This way, “slofie” apps would remain exclusive to the new iPhones.

I hope that Apple will manage to trademark the word, but not because it will give them full control over its usage. If they trademark it, it means that no one else would be able to use it on their apps and devices, so it may not stick around. Because it sounds cringeworthy just like the very concept it describes.