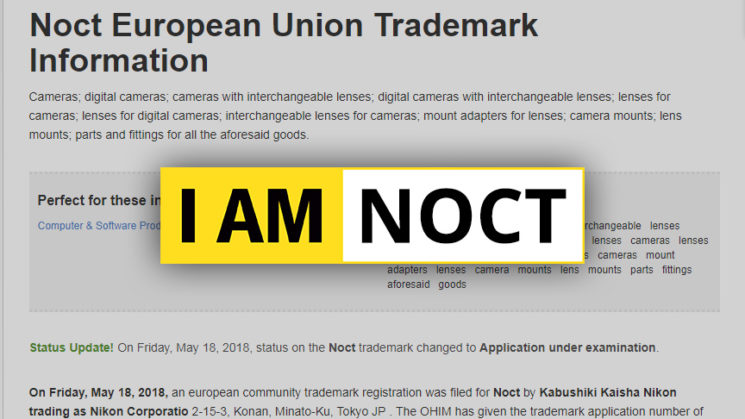 It seems like Nikon might actually be making an effort with their new mirrorless offering, after all. A derivative of Nox, Latin for “night”, NOCT is Nikon’s latest trademark. And while the registration doesn’t specifically state that it is for a mirrorless system, its uses include cameras, lenses and “mount adapters for lenses”.

Filed on May 18th, the trademark application is currently under examination. As well as the nocturnal nature of the new trademark, you might remember that Nikon filed patents for 52mm f/0.9 and 36mm f/1.2 full frame mirrorless lenses last year. And the last time the “Noct” name was used was for Nikon’s Noct-Nikkor 58mm f/1.2 Ai-S. 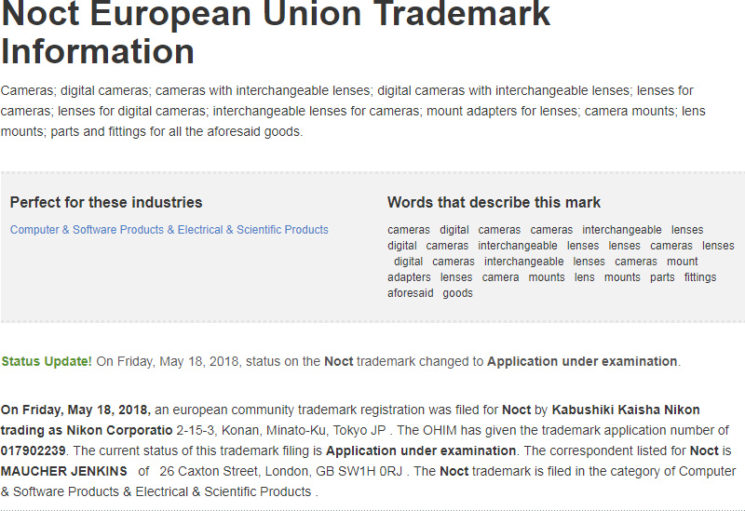 So, essentially it could apply to an entire system of cameras and lenses. But it’s the bit about “mount adapters for lenses”, that leads me to believe it may be for the new Nikon mirrorless system. Nikon have recently filed a patent on a new mirrorless lens mount which would almost certainly require adapters to use existing F mount lenses.

Well, that along with the two super fast mirrorless lens patents.

Nikon says they want to want to release a camera before March of 2019. And while nothing has really been confirmed, the circumstantial evidence suggests that Nikon may finally be making a serious effort with mirrorless this time.

With all these patents, trademarks and rumours, the run up to an official announcement is certainly interesting. But I’m still not going to get too excited until Nikon actually announces something official. If I haven’t already got bored and bought into Sony by then.