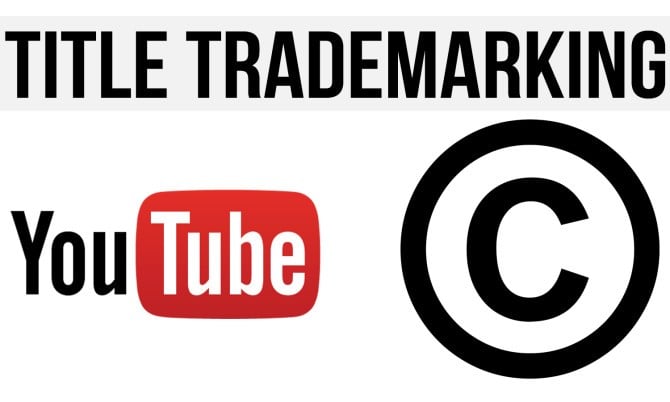 Here is something that should concern all creatives, and it is the bad side of intellectual property. Apparently, you are allowed to trademark just about any phrase you can think of. In turn, this means that if someone else is using that phrase in their video (or even video title), it can be shut down.

This happened to Devin SuperTramp (previously) when he uploaded his yearly show-reel titled “People Are Awesome 2015 – ULTIMATE DevinSuperTramp Edition in 4K“. The video gathered a massive 28,000 likes and over 400,000 views in the first 36 hours. Then it was gone.

Apparently a company called Jukin trademarked the sentence “People Are Awesome“, and asked youtube to remove the video due to trademark infringement. The video was replaced with a simple message: “Video Removed: Trademark Issue“. This, of course, came as a total surprise to Devin. Here is how Davin describes it:

We had no idea why it had been removed. We owned 100 percent of the video content, we had release forms for the people in it and the locations. The music that we featured in it was by Boyce Avenue, who has an amazing YouTube Channel that we have always wanted to collaboration with, and they had given us full permission to use the song with the video on YouTube, with ads. Since we had full permission on every front, we had no idea where this was coming from….

…They were able to find out the strike had been given to us by a company called Jukin. They had copyrighted/trademarked the phrase “People Are Awesome”. Because of this, they have the power to shut down a video channel with what seems like a push of a button, without any warning. FullScreen was shocked that they had been so aggressive with instantly taking down our video. They had a good relationship with the company, so that’s why this was such a surprise. When they reached out to Jukin, there was no comprise with the video, since we had titled it a phrase which they owned, which we had no idea. It was simple in the title, never appearing on screen in any way

This kinda struck me by surprise, we actually did an April’s fool’s joke a few years back for trademarking ‘Bokeh’, but little did we know that our joke was actually real.

I have to agree with Devin on this one, trademarking common phrases is something that has a deeper impact than just shutting down a video. It is one thing to trademark something like “Apple Computers Rock!” or “Brandalicious“and something else entirely to trademark “People Are Awesome“, that is just to generic. Next thing you know someone will trademark “I love You” (According to Devin Sony just tried trademarking “Let’s Play“)

Devin concludes like this: “Phrases being trademarked is lame…ha. Not sure how you can trademark a phrase used so often by so many people. There needs to be a website that says every phrase that is trademarked, so we are not surprised later that you can’t have something as a title. Sony last week tried to trademark the phrase “Let’s Play” which would mean anyone who put a video with that as a title, they could take down and claim it as their own… Luckily they got turned down for that phrase, but word on the street is they just tried to appeal it.“, which I could not agree more on.

If you want to see the show-reel, which is now called “My Life Sucks”, though it is still pretty amazing, here it is:

I would love to hear your thoughts on this matter. Do you think that sentences should be trademarked?

[My Life Sucks! The truth is out there | devingraham]

No, You Can Not Patent “Sorting And Uploading Photos For Athletes To Download”

« Using Color Balance to turn Dust And Particles into Fire, Ice And Magic
If Spiderman And a Drone Had a Baby, The Drone Catcher Would Be It »