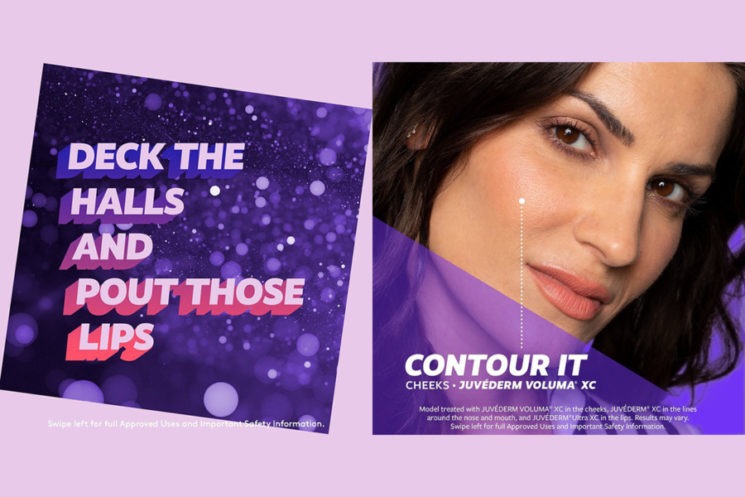 In Guns, Germs, and Steel, author Jared Diamond describes two systems of invention transmission: 1) idea diffusion: imitation of an idea, and 2) blueprint copying: literal copying of an idea. Diamond uses the development of writing systems as the medium to discuss the concepts, noting that written writing systems probably only rose independently in Sumeria (3000 B.C.E.) and in ancient Mesoamerica (600 B.C.E.) with all other writing systems being influenced by the transmissions via trade and war.

In the Information Age, ideas can be transmitted at the speed of light. And when it comes to photography (both vernacular and professional forms), the rapid transmission of photos has somewhat ironically yielded a visual sameness, as dutifully documented by accounts like @insta_repeat.

On this week’s episode of PhotoShelter’s podcast, Vision Slightly Blurred, @sarahjake and @allen3m discuss the rise of Instagram Face and what it says about photography and culture.

But the positioning of subjects against an iconic background isn’t the only form of idea diffusion and blueprint copying. Author Jia Tolentino declared “The Age of Instagram Face” in a piece in The New Yorker:

“the gradual emergence, among professionally beautiful women, of a single, cyborgian face. It’s a young face, of course, with poreless skin and plump, high cheekbones. It has catlike eyes and long, cartoonish lashes; it has a small, neat nose and full, lush lips. It looks at you coyly but blankly, as if its owner has taken half a Klonopin and is considering asking you for a private-jet ride to Coachella. The face is distinctly white but ambiguously ethnic—it suggests a National Geographic composite illustrating what Americans will look like in 2050, if every American of the future were to be a direct descendant of Kim Kardashian West, Bella Hadid, Emily Ratajkowski, and Kendall Jenner (who looks exactly like Emily Ratajkowski).”

In the 90s, fashionista women clamoured for “The Rachel” haircut – a poofed out modern coif named for Jennifer Aniston’s character on the TV show “Friends.” Back then, imitation was limited to a haircut, and the show combined with supermarket tabloids provided the transmission mechanism. It would’ve been unheard of for women to visit a plastic surgeon en masse and request “The Rachel”  (i.e. “make me look like Jennifer Aniston”) in the form of cosmetic surgery. 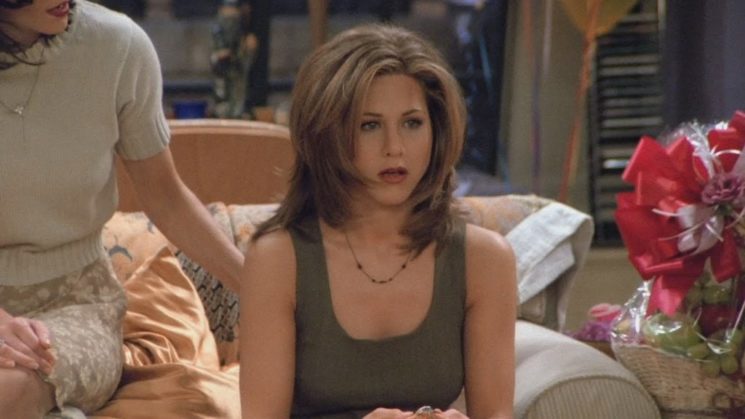 Jennifer Aniston with “The Rachel” haircut

But the 2010s brought about a strange nexus of widely adopted technologies: 1) the smartphone (and associated social media apps), and 2) botox and cosmetic fillers. More than just websites on the internet, smartphones enabled anyone to become an influencer rapidly deploying content with photos and video captured with the device and filtered and facetuned to unrealistic beauty ideals.

And as social media stars like Kim Kardashian gained spheres of influence that dwarfed even traditional media powerhouses (e.g. Kardashian has 160M followers on Instagram, while Vogue has a paltry 26.2M) – more and more people wanted to look like Kim. After all, there was money and power to be made. Tolentino notes:

“Social media has supercharged the propensity to regard one’s personal identity as a potential source of profit—and, especially for young women, to regard one’s body this way, too.”

But Kardashian’s current beauty isn’t just “what her mama gave her.” She is a product of cosmetic surgery, botox, dermal fillers, heavy make-up and Skims. And all of those items can be purchased by non-celebs in search of Instagram Face.

“Does this person have Disney princess eyes? If the answer is yes — if her eyelids extend far beyond the normal human ability to appear surprised — she’s likely had a brow lift. Indeed, brow lifts make the top half of a face look long and elegant, as if designed in a 1940s animation studio by a bunch of nerds.”

It’s a compelling, if not controversial comment. The male gaze has been pervasive in Eastern and Western art, and certainly Disney and anime films have helped propagate the “Disney princess eyes.” But women are now as guilty as men for pushing this beauty ideal through social media photos.

The popularity of apps like Facetune, and the pervasive skin smoothing filters on Instagram and Snapchat have made “Photoshopping” selfies commonplace for both men and women. @celebface documents these software-based changes by pointing out backgrounds that have been carelessly warped while trying to “tune” waists, butts and faces.

While fun and easy-to-use, apps like Facetune can only be contributing to a climate of dysmorphia. Even the name of the app suggests that our actual faces are “out of tune.” As if real-life isn’t good enough to be accurately depicted on social media.

In reaction to this striving for perfection, Jennings notes the rise of an “I’m ugly” trend among teens on TikTok – an embracing of the body’s imperfections, but an effort that is undoubtedly aimed towards building a bigger following and yielding greater engagement.

Ten years ago, I would still encounter friends and acquaintances who would tell me “I don’t like my photo taken.” That reaction has been almost entirely supplanted by “let me see the photo before you post it” – a reaction that suggests that with the right angle, light and curation, anyone figure out how to portray themselves in a way that aligns with their self-perceived best form.

Professional photographers bemoan both the visual sameness and popularity contest dynamics that dominate Instagram and similar platforms. The convergence of ideas and aesthetics that has led to the popularity of Instagram Face suggest a movement towards a “pop photography” not so dissimilar from the beat-laden, auto-tuned tracks of the Billboard Top 100 – a land where originality and imperfection are shunned for a plastic reality.

Why does everyone look so stoic in old photographs?

Instagram may soon let everyone add links to Stories
« This keyboard for creatives has built-in SD & microSD card slots, HDMI and a USB hub
“American Chopper” star ordered to pay over $258,000 for using photographer’s work without permission »