In this post I will run through a quick tutorial on how to shoot HD video on any non-video recording Canon SLR, such as the canon 40D, Canon 450D or any other Canon camera that features LiveView.

I was thinking the other day how I could explore and expand my creativity as a photographer, and it popped into my head that I should shoot a short film of sorts. So I approached two friends of mine who are musicians, and asked them if they wanted to get involved. My idea was to create a short documentary/interview which explored the musical lives of unsigned music artists, and how they view music and its importance in their lives.

Being a photographer means you are already set up to shoot good videos. Use of lighting, composition etc all helped me here, and my pre-existing equipment I often use for indoor photography really helped me here.

The only thing missing was a video camera. I do own a Canon 40D, but it is not capable of recording video. This is where EOS Camera Movie Record comes in. EOS_movrec (which stands for EOS Camera Movie Record) was a program I stumbled upon when I searched on youtube for Canon 40D video hacks, as I had heard of this being done before. I found this as a great little hack that allows me to shoot HD quality video without using a 5 or 7D, however your camera needs to have the liveview function built-in.

What this software does, is use the camera’s liveview mode to capture what the camera sees. In order to use it, the camera must be tethered to a computer (I used a mac in this case, but mov rec also supports windows), and you must have the EOS utility previously installed.

The program is fairly simple to use,when started it has one main window that has all the settings on the top. You can control some of the camera settings, like white balance and shooting mode. You can also control some video settings like FPS and if to show the captured movie while filming. 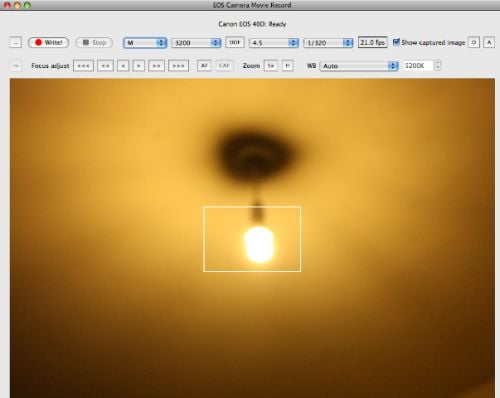 The program then records the live preview directly to the desktop . Tip: click the ‘O’ button on the right hand side to bring up the preferences, and change the buffer size from the default 1mb to something much larger (I chose 500mb, the max) otherwise you get very laggy video!

It’s really simple to use, once the camera has been recognized (this may take a few tries), you press write, and it will start recording.

For this video, my camera was tethered to my Macbook Pro using the standard USB cable that came with my Canon 40D, and placed on my tripod. 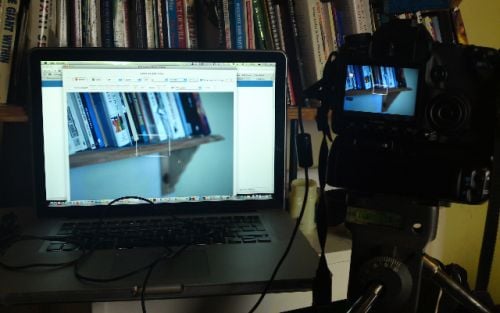 I used two 40X60cm PhotoSel softboxes with daylight bulbs as the sole lighting for the video, and the microphone was a behringer condenser microphone connected to another macbook pro, recording directly through music production program logic.

Below you can see a photo of the setup (you can see the laptop on bottom right). 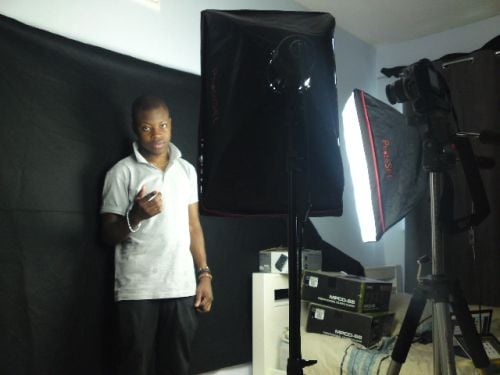 An obvious issue with recording video this way, is that you have no sound directly through the camera, so syncing had to be done in Final Cut Pro, which took a good while as I used trial and error to sync them up. What I should have done is use a marker, such as a clap, however ill try this next time round.

The clips are stored wherever you choose (generally the desktop) as uncompressed AVI files, and then I just cut it up on Final Cut Pro. The audio was recorded through a condenser mic via logic, and then everything matched up in Final Cut Pro.

Getting 720p HD video from a Canon 40D is fantastic! This program is a great money saver, and is open source.

Here is the movie once all the editing was completed (and a short behind the scenes that helps to understand the entire EOS HD concept right after).

About the Author: Peter Arboine is a photographer based in London, UK. He specializes in landscape, nature and portrait photography. You can learn more about him at his site or explore his flickr stream. you can follow him on Twitter here.

This Wireless Camera Control And LiveView DIY Hack Is Only $30