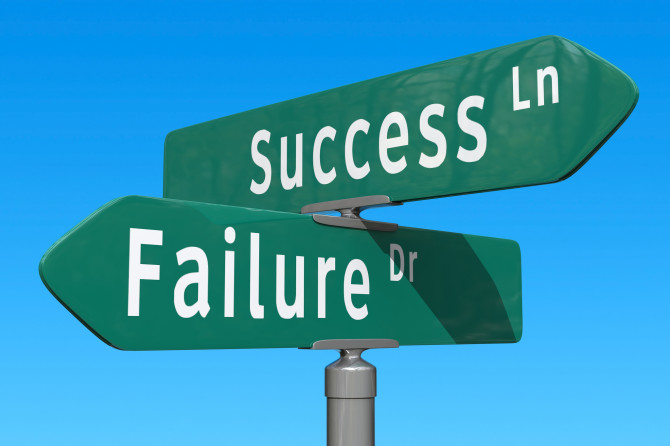 Canon says it took a right turn, but it definitely turned left

Canon USA proudly announced yesterday that its parent company, Canon Inc., was praised by Fortune magazine as one of the World’s Most Admired Companies in 2015.

What’s interesting though, and pretty hilarious, is that Canon completely misunderstood its ranking and advertised its lowest ranks as its strengths.

Also, Canon might want to look up the dictionary meaning of the word “prestigious”.

Below is part of the press release posted yesterday on Canon’s website:

MELVILLE, N.Y., March 2, 2015 – Canon U.S.A., Inc., a leader in digital imaging solutions, is proud to announce that its parent company, Canon Inc., has been named to the 2015 FORTUNE magazine World’s Most Admired Companies list in the computers category. Considered by FORTUNE magazine as the “definitive report card on corporate reputations,” Canon received its highest ranks in innovation, social responsibility and long-term investment value.

“We are honored to be recognized as one of the World’s Most Admired Companies by FORTUNE magazine and well-respected industry leaders,” said Kotaro Fukushima, senior director and general manager, Corporate Communications, Canon U.S.A., Inc. “The results of this year’s rankings are a testament to Canon’s commitment to investing in our customers and technology, and our core belief of being a good corporate citizen in the communities we serve.”

So far so good.

The list, which has been published yearly since 1997, used nine key attributes of reputation to rank companies.

The companies received a rank for each of these attributes, but it seems Canon misunderstood “rank” for “score”. 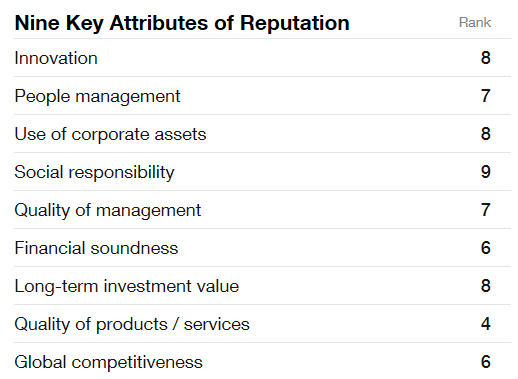 “Canon received its highest ranks in innovation, social responsibility and long-term investment value”. Not really, Canon. In this case a higher number means you were ranked lower.

“The results of this year’s rankings are a testament to Canon’s commitment to investing in our customers and technology, and our core belief of being a good corporate citizen in the communities we serve” this is according to Canon USA’s senior director and general manager, Corporate Communications. In reality though, Canon’s highest ranking was in the “Quality of products / services”, “Financial soundness” and “Global Competitiveness”.

A quick look at Apple’s results leave no room for doubt as to Canon’s misunderstanding: 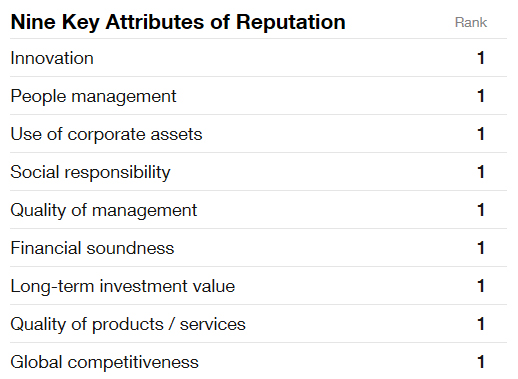 Setting aside the embarrassing mistake, it’s still a great honor to receive this “prestigious accolade”, isn’t it?

Well, yes and no.

At first I thought it must be a tremendous achievement ranking 7th when you’re in the same category as Apple, but digging deeper I learned that it’s not all that impressive.

Analyzing the methodology used to create the list reveals that companies were initially selected by revenue.

The list was then reduced when Hay Group, who conducted the survey for Fortune magazine, selected the 15 largest companies for each international industry and the 10 largest for each U.S. industry. Canon is in the international Computers category, so it was basically guaranteed to be listed in the top 15 most admired computer companies.

At this point the list consisted of 668 companies from 29 countries.

The next step was to come up with the industry-specific lists for which Hay Group had executives, directors and analysts rate the other companies in their own industry.

Once the results were in, the top half of each industry survey was chosen to be listed in the industry’s category.

This basically means that Canon made it into the list because of its size, and then was ranked 7th out of 15 companies. I would say that’s an “average” company rather than an admired one. Two spots lower and Canon wouldn’t make the list at all.

True, the BCN Award winners I recently wrote about were also decided by sales volume, but that award recognizes sales efforts rather than determining how “admired” a company is.

Now that we know how the lists were formulated we see that Canon’s social responsibility (“our core belief of being a good corporate citizen in the communities we serve”) was actually below average and too low to get into the list on its own, and innovation-wise (“a testament to Canon’s commitment to investing in our customers and technology”) the company was rated just average.

So yes, Canon is one of the world’s largest companies in its category (which in and of itself is something to be proud of), but that’s pretty much it.

The top 50 Most Admired Companies overall list is of less interest to us as Canon didn’t make it, but I will briefly mention that they were chosen out of a list of the top 25% of 2014’s surveys as well as the top 20% in each of the individual industry categories for 2015.

The companies in the top 50 list were voted by the executives, directors, and securities analysts that responded to the industry surveys, except for this list they could vote for anyone of the companies regardless of category.

For those wondering about the other companies in the Computers category, here are the eight companies that received a “prestigious accolade”, as well as their previous industry rank:

So yeah… Sorry Canon, but you misunderstood your “report card”, it turns out that being in the list isn’t all that impressive and you actually dropped a spot since last year.

Ranking 7th in one of Fortune’s category-specific lists is nothing to write home about, let alone write a press release.

« Daredevil Climbs The Unfinished Skeleton Of The Tallest Building In China. ‘Aerial’ Photos Are Amazing
Yet Another Investigation Underway Of WPP Winning Photos; Claims Photo Was Not Taken In Charleroi Surface »