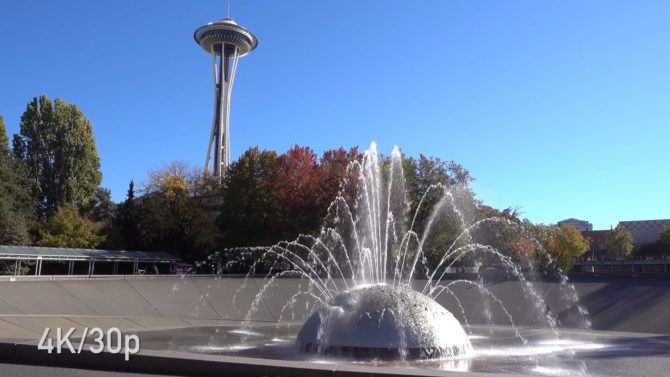 There’s been a fair bit of buzz around the new Sony RX100 V since it was announced. There’s been a lot of talk about the A6500, too. The RX100, though, sits in a couple of pretty large markets. There’s the ever dwindling compact camera market. The threat of mobile phones has never been greater to compacts. Somehow, the RX100 manages to hold on as one of the few strong survivors. It’s also a wildly popular vlogging camera.

The folks over at DPReview have one for testing, and they’ve posted up some sample footage shot with it. There’s 4K and 1080p samples (upsampled to 4K) at various framerates to show off the realtime and slow motion playback. It also lets us see the new autofocus system, which has been sped up from that of the already impressive RX100 IV.

There doesn’t seem to have been a test of the RX100 V’s new 24fps burst shooting mode, which is a shame. The ability to capture full size Raw stills at 24fps for up to 150 frames (6.25 seconds) is a fantastic feature.

The increased ISO performance is another much hailed feature of the RX100 V over the RX100 IV. That also doesn’t feature too highly in this video. There’s a couple of samples at ISO1000-2000, but no comprehensive comparison. It’ll be an important feature for many photographers and vloggers that do a lot of shooting indoors or in low light conditions. So hopefully some examples of that will be coming out soon.

It will be an interesting battle now for vloggers between this and the Canon G7X Mark II. The RX100 V shoots 4K where the G7X Mark II doesn’t. However, the G7X Mark II has a touchscreen LCD which the RX100 V lacks. Which will become the most important? More vloggers are starting to switch over to 4K now, but I think ease of use may win out.

What do you think? Have you been looking for a compact that can also shoot quality 4K video? Are you a RX100 IV owner who’s happy exactly with what they already have? Is the lack of touchscreen a deal breaker for you? Are you a vlogger who prefers the convenience of the G7X’s touchscreen UI? Let us know in the comments.