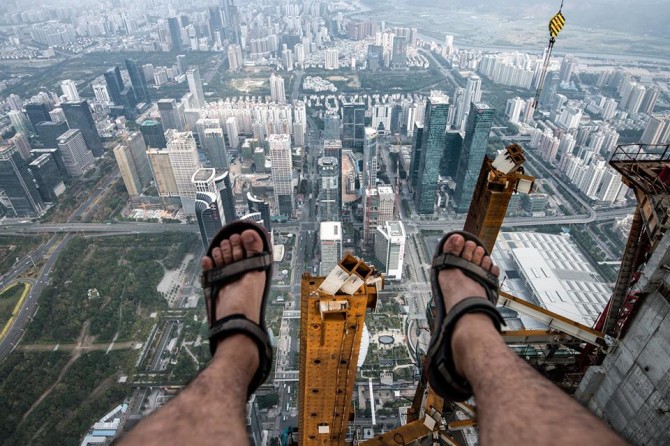 I am not even sure how to tag this one. 26 years old Daredevil Keow Wee Loong snuck into the yet-to-be-finished Ping An International Finance Centre in Shenzhen, China. When it is complete, it will be the tallest building in China, and second tallest in the world at 660 meters. For now it is “just” a 660 meters tallest under-construction site in China. If you are thinking of pulling a similar stunt, know that it is not easy (and may not be legal):

…sneaked into the tallest building in china during 2015 New year alone at 12am, I accidentally bump into a guard at level 55 and he alerted the guard on the ground floor to come up and look for me floor by floor, 15 of them came up!!! Is like playing hide and seek in a 115 stories building with the guard, they were looking for a needle in a haystack

But it was also very cold, and Keow Wee Loong shares that not only the temperatures were extremely cold, but the wind gusts were so strong that he could actually feel the crane moving under him. this video is showing the victory:

A lot of Keow Wee Loong climbs have a cause attached to them, and this climb was in honor of of AirAsia Flight QZ8501 where Keow Wee Loong lost a friend. He wore an Air Asia red hat during the entire climb.

wanna get a sense of scale? check out that crane in the top-center of the photo…. (yup, those are clouds in there) 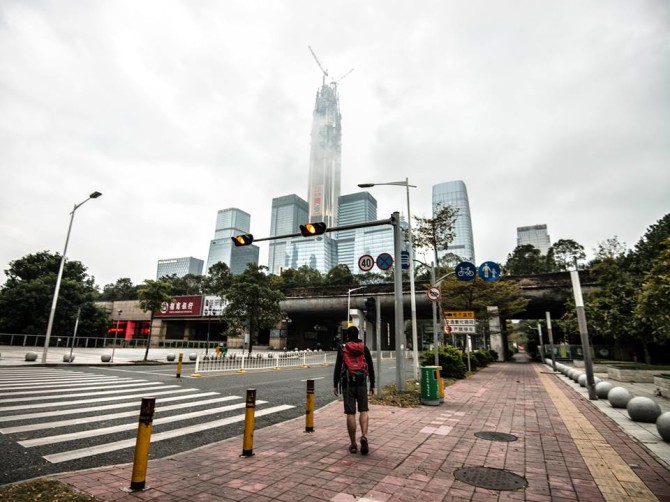 Here are the resulting photos: 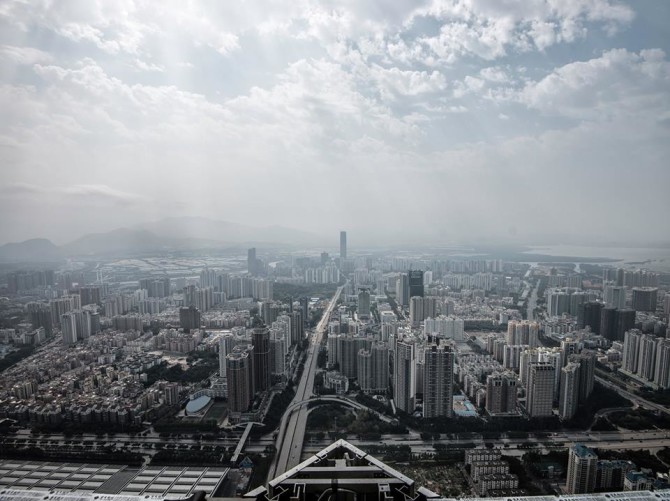 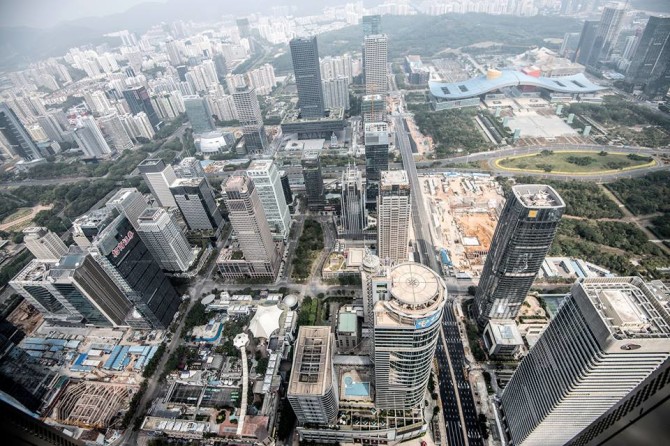 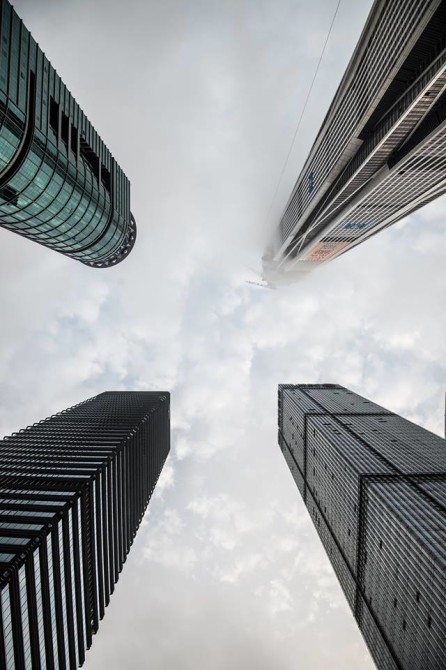 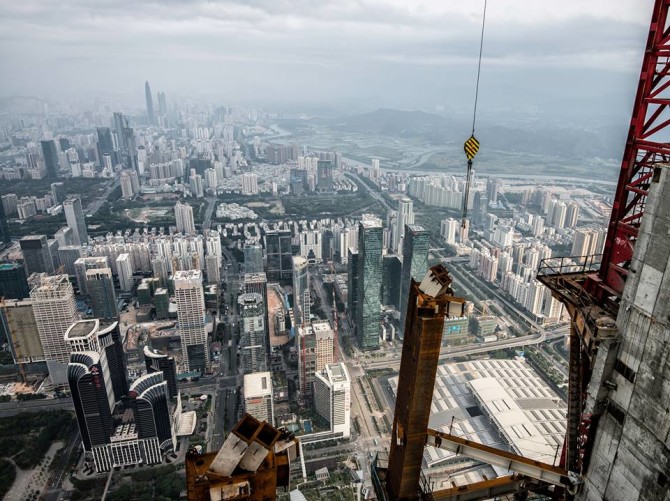 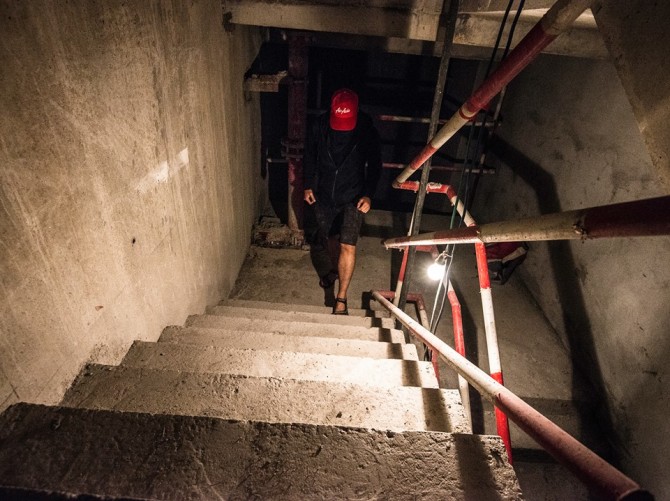 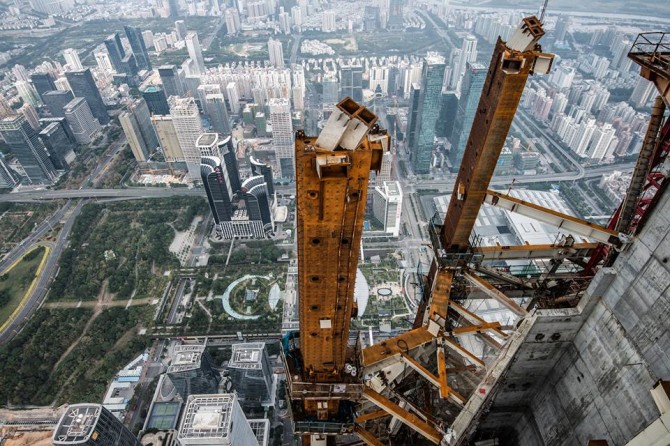 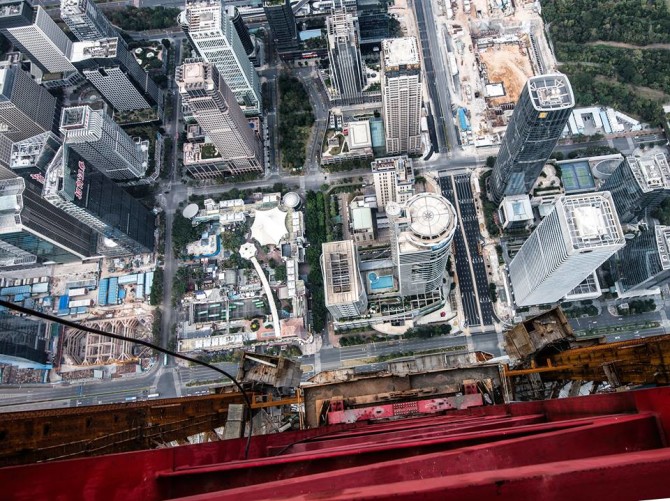 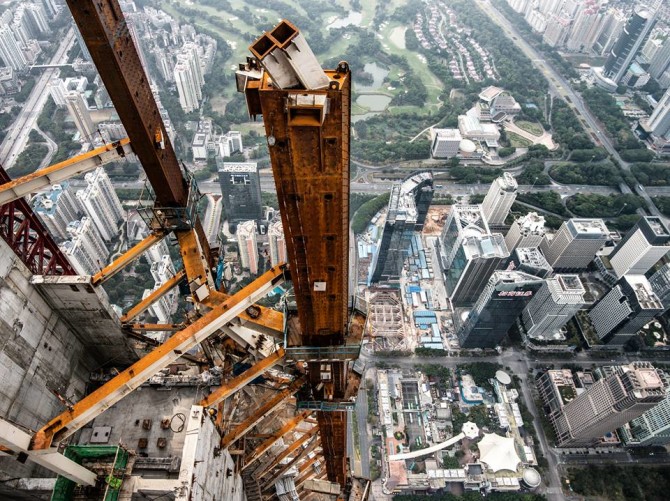 « Scientists Capture The First Ever Photo Of Light As A Particle And Wave
Canon Shows Off with “Prestigious Accolade”. Actually It Is Rather Embarrassing »