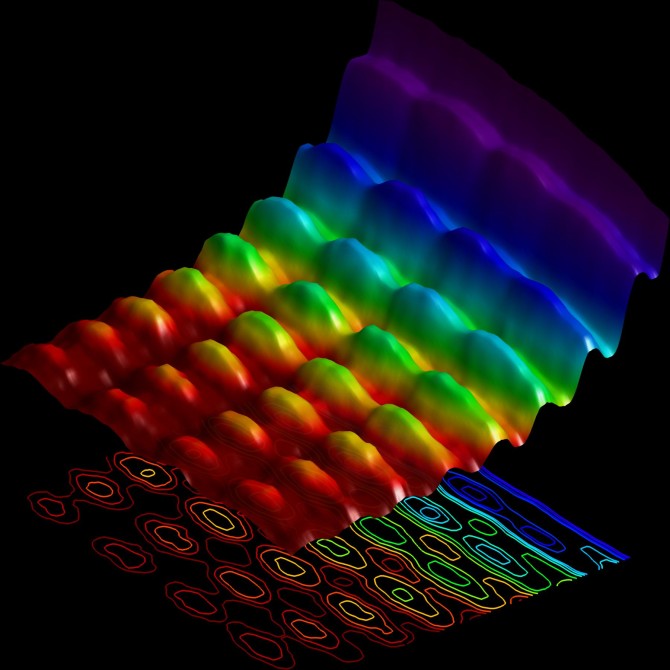 The idea of light consisting of both waves and particles was proposed by Albert Einstein over 100 years ago. While the idea has since been accepted, experiments have only been able to display one of these aspects at a time, but never both simultaneously.

That has changed now that scientists at EPFL (Ecole polytechnique fédérale de Lausanne) have finally been able to capture the light’s wave-particle duality, in a scientifically exciting first-ever image.

“It seems as though we must use sometimes the one theory and sometimes the other, while at times we may use either. We are faced with a new kind of difficulty. We have two contradictory pictures of reality; separately neither of them fully explains the phenomena of light, but together they do”.

Quantum mechanics states, as does the above quote by Einstein, that light should embody both forms simultaneously. The EPFL’s successful photograph of this phenomenon has scientists and geeks around the world rejoicing, knowing at last what light duality actually looks like.

The video below explains the challenge and the solution in layman’s terms, for us non-physicists:

The official press release went into detail about how the experiment was conducted:

“The experiment is set up like this: A pulse of laser light is fired at a tiny metallic nanowire. The laser adds energy to the charged particles in the nanowire, causing them to vibrate. Light travels along this tiny wire in two possible directions, like cars on a highway. When waves traveling in opposite directions meet each other they form a new wave that looks like it is standing in place. Here, this standing wave becomes the source of light for the experiment, radiating around the nanowire.

This is where the experiment’s trick comes in: The scientists shot a stream of electrons close to the nanowire, using them to image the standing wave of light. As the electrons interacted with the confined light on the nanowire, they either sped up or slowed down. Using the ultrafast microscope to image the position where this change in speed occurred, Carbone’s team could now visualize the standing wave, which acts as a fingerprint of the wave-nature of light.

While this phenomenon shows the wave-like nature of light, it simultaneously demonstrates its particle aspect as well. As the electrons pass close to the standing wave of light, they “hit” the light’s particles, the photons. As mentioned above, this affects their speed, making them move faster or slower. This change in speed appears as an exchange of energy “packets” (quanta) between electrons and photons. The very occurrence of these energy packets shows that the light on the nanowire behaves as a particle”. 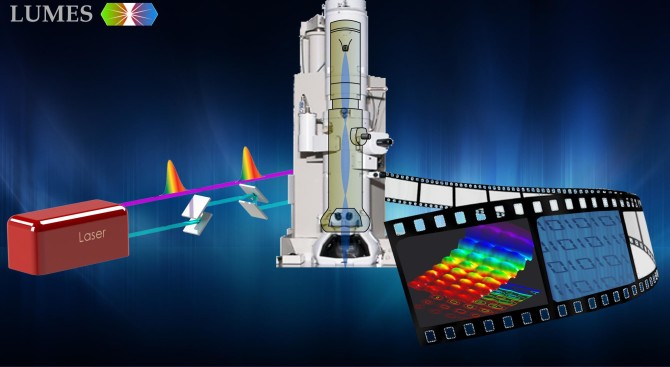 Knowing how the photo was achieved won’t enable you to recreate it, though, as the scientists used EPFL’s ultrafast energy-filtered transmission electron microscope to create capture their image. There is only one other microscope of its kind in the world.

Fabrizio Carbone, who led the research team, spoke of the achievement and explained a bit about its practical potential:

“This experiment demonstrates that, for the first time ever, we can film quantum mechanics – and its paradoxical nature – directly.

Being able to image and control quantum phenomena at the nanometer scale like this opens up a new route towards quantum computing.” 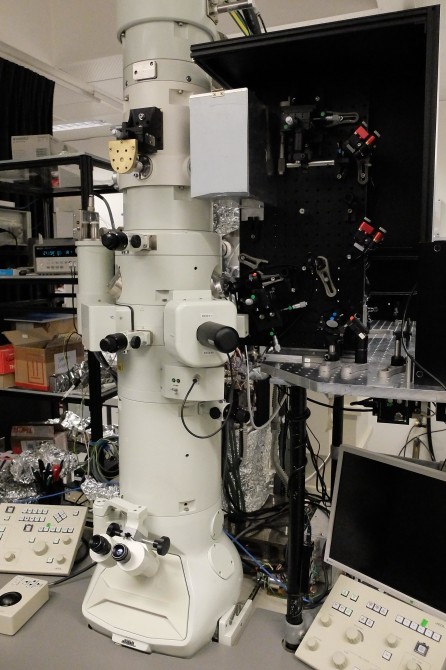 Unless the other one of these is in your basement, forget about taking a similar photo. Photo: EPFL

[via EPFL via iflscience]

« World Press Photo Says It Will Not Disqualify Questionable Winning Photos; NPPA Scorns The Decision
Daredevil Climbs The Unfinished Skeleton Of The Tallest Building In China. ‘Aerial’ Photos Are Amazing »