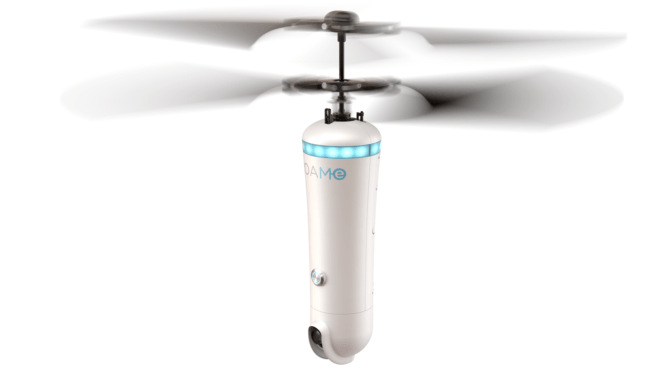 The idea of a selfie drone isn’t all that unique any more.  Many drones come with a “follow” mode for just this sort of thing, and it’s the Hover Camera’s sole purpose in life.  The new ROAM-e, though, does have something of a unique appearance.

Described by The Verge as the “flying phallus” (I think that name might stick), the suggestive design is no doubt quite practical.  Spheres and cylinders allow side winds to blow past quite easily, and with a lower centre of gravity it should keep close to level quite well.

The video makes it looks a lot more fun to use than it probably is.  After all, it’s basically just a flying selfie stick, which makes you wonder why the hell it costs $399, especially when there are other options out there that are more useful.  You can pick up a Phantom 3 with 2.7K camera now for under $500, and Xiaomi’s new drone is expected to be sold for $460 and shoots 4K + raw.

Specs on the ROAM-e are little at the moment, with the unit expected to start shipping in about 12 weeks, but the website states that it flies for up to 20 minutes on a single charge and lets you shoot “The perfect 360° shot”.

It’s important to note, however, and it’s surprising given the design, that this is not a 360° camera.  It’s a regular camera that swivels 360° around the bottom to create a panoramic image.

Aside from anything else, the shape of the body does offer one pretty cool and interesting feature.  It allows the propeller blades to fold down, which means the unit can pack down to a pretty small size, although it’s still a bit to large to just slip into your pocket. 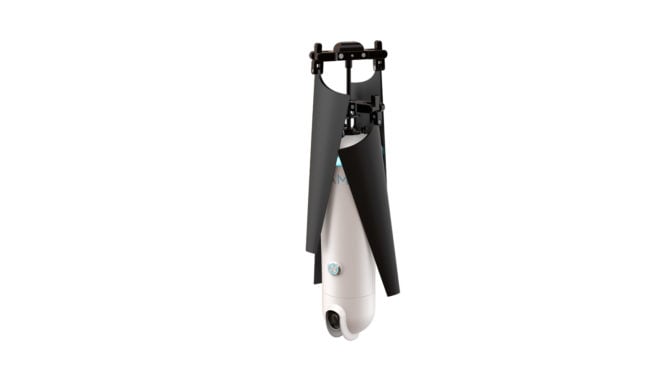 I think I’ll wait until these actually become available and in the hands of real people before making a final decision, but so far I don’t think this is the one for me.  I have been after a smallish drone with a follow mode for making behind the scenes footage on shoots, but for the money, I think there’s better options out there.

Also, I don’t have any friends that dance or ride a BMX.

If you want to find out more about the strangely shaped ROAM-e selfie drone, you can check out their website, and preorder now for $399, if you’re happy to buy without actually knowing the specs.  No word on weight, so no idea yet if it falls under the 250g limit required to escape FAA registration.