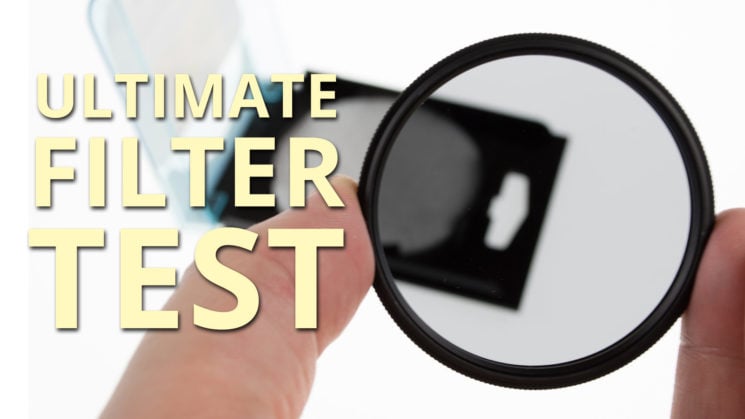 The “protective” filter debate rages on as always, but whether for them or against them, how do they all stack up? The folks over at Lens Rentals wanted to know. The man assigned to the task, Roger Cicala, didn’t really want to know, though. He’ll “get around to it some day”, he said. “Some day” came when he was told that it would involve lasers.

The test is to essentially see which filters will, theoretically, degrade your image the least. Which causes the least amount of light loss, reflection, refraction and distortion. So, 21 popular UV & protective filters were put to the test. It’s not entirely scientific, but it does involve lasers. The results are in and some of them are quite surprising.

The argument against UV filters typically goes something like this…

To which the obvious response is…

You don’t, you put an expensive piece of glass over it

But that’s where the first surprising result comes in. The most expensive filters aren’t necessarily the best. In fact, in one of the tests, a $20 Hoya HMC Multicoated UV beat out a $124 Zeiss T* UV Filter. And Heliopan’s $96 Protection Filter ranked almost at the bottom in the transmission test.

As surprising as the badly performing expensive filters, though are the high performing cheap ones. While B+W are a very well respected brand, their MRC Clear Transparent filters aren’t that expensive, at around $45, and test very favourably.

It’s not all about the light transmission & reflection, though. There are optical distortion issues to think about, too. How much does light scatter as it passes through the filter? Here again there are some quite surprising results.

Personally, I don’t use UV filters on my lenses unless I’m shooting film, or I’m in a particularly horrible environment where I’ll he cleaning the lens every few minutes. But if you’re one of those that swears by a filter on the end of your lens, now you can make a more informed buying decision.

Head on over to the Lens Rentals blog to check out the full test and results.

Need protection for your expensive filters? This hard filter case could be what you need