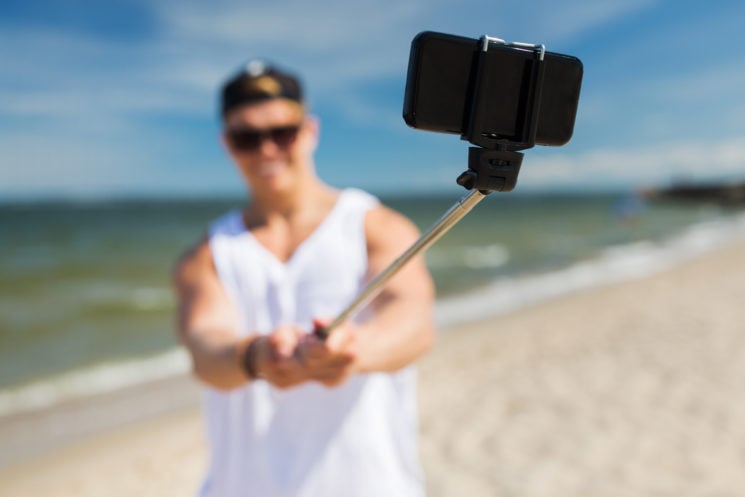 Buffalo Bills quarterback Josh Allen managed to do what many photographers dream of. He recently had his photo hung at a prestigious art gallery. But the thing that adds a bit of a comedy element to the whole story is that the photo is a selfie. And a pretty blurry one.

Josh snapped a selfie when he got off a plane after his team’s win against the Pittsburgh Steelers. It was 2 am and very cold outside, yet the team’s fans (the “Bills Mafia”) showed up and cheered. Now that’s fandom! Josh was apparently happy to see this, so he took one fan’s phone and took a selfie with the crowd.

The fan posted two Josh’s selfies on Twitter, one sharp and one blurry:

This is where it gets funny. Twitter user @stephietweets posted the blurry selfie with a request for Albright-Knox gallery in Buffalo to hang it up:

Hang this up in the @AlbrightKnox. pic.twitter.com/eNj2Q0TqRJ

And so they did:

I must admit that my first thought was that this is a joke. But it looks like it’s not:

The tweet from the Albright-Knox gallery sparked a lot of comments, mainly wholesome and humorous ones. And this one is my absolute favorite:

The @AlbrightKnox wasn't kidding folks. It's real. I've got your #MostBuffalo story coming up in a few. I know that's @KateWelshofer's jam at the end of the show, but it's Tuesday…anything can happen. @WGRZ pic.twitter.com/yJQXogOtbk

I think that this story shows just how far the appreciation for sports stars can go. And I find it utterly amusing, wholesome, and funny. But it also shows the power of social media and how a single tweet can, apparently, turn a football player into an exhibited artist in just a few days.

Too bad they chose the blurry photo, though.

Canon Shows Off with “Prestigious Accolade”. Actually It Is Rather Embarrassing

Why I never hung this photo on my living room wall

“I framed and hung Photoshop 2.5 – It’s only four floppies”