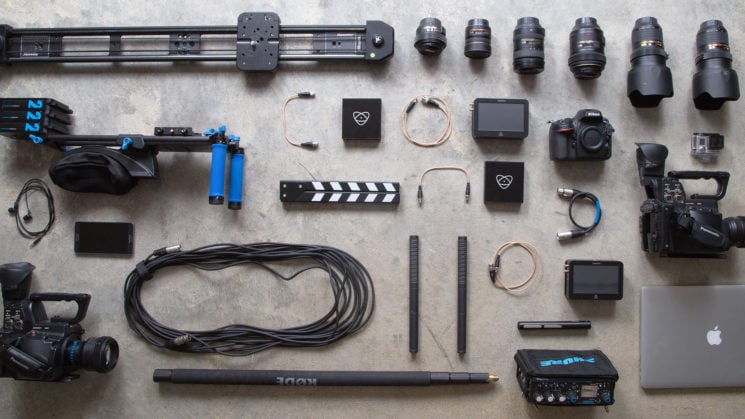 Each year, gear rental company Lensrentals likes to pool their data and see which was the most popular kit of the year. It’s quite an interesting list, showing some of the trends of the previous 12 months or so. They’ve just posted this year’s list, which covers from January 1st until December 12th, 2019, and there are one or two surprising products in there.

I have to say, the Sony A6400 appearing on that list has surprised me. I didn’t expect it to be quite so popular as a rental. It’s a relatively inexpensive camera that I would’ve thought most people would simply buy. That being said, you’d think the same thing would be true of the GoPro Hero 7 Black, too. I wonder if it’s tops the charts simply because when people rent them, they’re renting a whole bunch of them at once?

The Pocket 4K being so high is understandable. Even though they’re also fairly inexpensive, many people were stuck on waiting lists for so long. So, if you needed one in a hurry, you have to rent. The Pocket 6K didn’t make the top five, but it did make it into the top 20.

When it comes to the top five rentals overall, there’s no mistaking the winner here. It’s Canon almost across the board.

The top three products in this list are the same as last year, although in a slightly different order. Despite not being a top-five finalist, the Canon EOS R did just about make it into the top 20, coming in at number 19. Although it isn’t shown in the report, Lensrentals told DIYP that the Canon 5D Mark III is still in the top 25 despite being a 7-year-old DSLR that’s already been obsoleted once – and possibly about to be again.

The top five camera and lens rental lists by system are essentially identical to each other, with Canon EF at the top, followed by Sony E, then Nikon F, Micro Four Thirds and Fuji X. I’m actually quite surprised that Fuji is so high with the Canon RF mount cameras proving quite popular over the last year.

When it comes to the top lenses by brand, Canon has a commanding lead, with 35.84% of the share, followed by Sony, Sigma, Nikon and finally Tamron. For cameras, though, the percentages are quite telling.

No doubt Blackmagic has seen the largest growth, although the minimal change for Panasonic is surprising. I wonder if older models have been replaced as popular rentals by the recent S1 and S1R full-frame mirrorless, or if most of those rentals were GH5 and GH5S cameras intended more for video.

With some of the new kit released during 2019 that isn’t showing up on their list yet and new models expected in early 2020, it will be interesting to see where some of that places in the rankings this time next year. Which will prove to be popular and which will be big flops? I’d also be curious to see which gear gets bumped off the list in order to make room for them, too.

You can check out the complete report over on the Lensrentals blog.

« A rare Leica M9-P prototype has shown up on eBay for $50,000
Buffalo Bills quarterback had his blurry selfie hung in a prestigious art gallery »