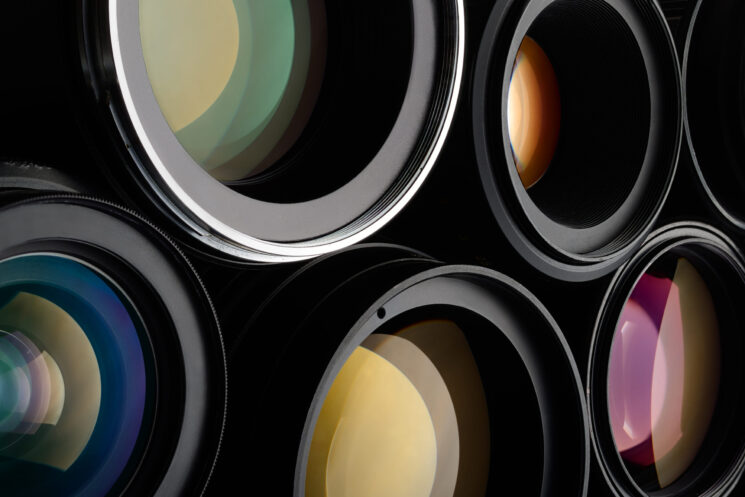 It’s that time of year again and no I don’t mean that weird week between Christmas and New Year when you’re not quite sure what day it is. Nope, it’s when the company Lens Rentals publishes its data of which gear and equipment was the most-rented over the past year! OK, so I might be being a bit cheeky here, but actually, it’s very useful and interesting info with a few surprises here and there. Lensrentals.com are one of the largest camera and video equipment rental companies in the world, and frankly, I’m quite jealous that we have nothing quite like it in the part of the world where I live. So without further ado, let’s unwrap the info!

First of all, let’s look at the topmost rented camera and video gear of 2021:

Compared with the previous year, the most obvious difference is that the Canon R5 knocked everything else aside taking first place. Not really that surprising, since it was one of Canon’s most expensive new mirrorless cameras which was fairly difficult to get hold of for some time. Trying before buying such an expensive piece of equipment is often a good idea, and according to Lensrentals the R5 is “being used in droves”.

The other interesting difference with this year’s list is that aside from the Blackmagic Pocket Cinema Camera 6K (EF) at number 13 on the list, the entire top 20 rentals were all Canon and Sony. I’m not sure what this says for Nikon. Possibly it could be due to the fact that it’s a lot more common to rent equipment for shooting video than for still photography, and Canon and Sony have always traditionally been leaders in that field. Something to mull over perhaps.

This is borne out when you look at the percentage of market shares of each brand too it’s obvious that Canon and Sony are miles ahead, sharing around 60% of all rentals and lens rentals. Now, this does make some sense when you consider that the EF mount is still basically an industry standard for video productions with brands like RED and ARRI making cameras with EF mounting camera systems.

According to Lens Rentals, the Canon RF mount systems had pretty large growth, as did Sony E mount systems. “That’s no big surprise, with the Canon R5 becoming more available, and Sony’s release of the A1 and other systems,” they explain. “Other points of note are that the Nikon Z series just isn’t gaining the momentum that Canon is with their mirrorless platform.” Interesting. Still, I know a couple of die-hard Nikon users so I wouldn’t read too much into this, it doesn’t actually mean that Canon and Sony are better. 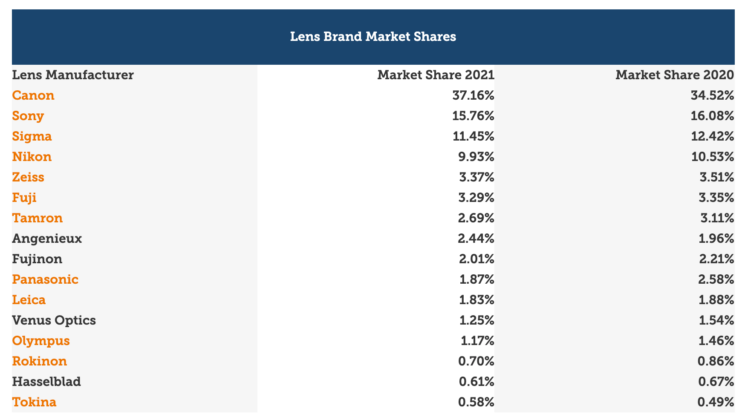 Another interesting point with the lens mounts is that you can begin to see a shift towards the RF mounts on Canon away from the EF mounts signalling an increase in the use of mirrorless systems. Again it makes some sense. If you’ve just purchased a new mirrorless camera you probably are a little shy on RF mount lenses for it and may be more likely to want to rent to try them out before purchasing.

In terms of the top rented now products for 2021 the list looks a little different and is largely dominated by video cameras.

The Red Digital Cinema Komodo 6K Camera Production Kit slips in at number 6, followed by the Nikon Z 7II. So Nikon is making it within the top 10 of their new gear rentals. Again it makes total sense that the more expensive and difficult to get hold of equipment will be rented rather than purchased.

For the full breakdown of info head over to the Lens rental website. What do you make of this? Is this useful information and will it affect what gear you may consider trying or buying in the future?