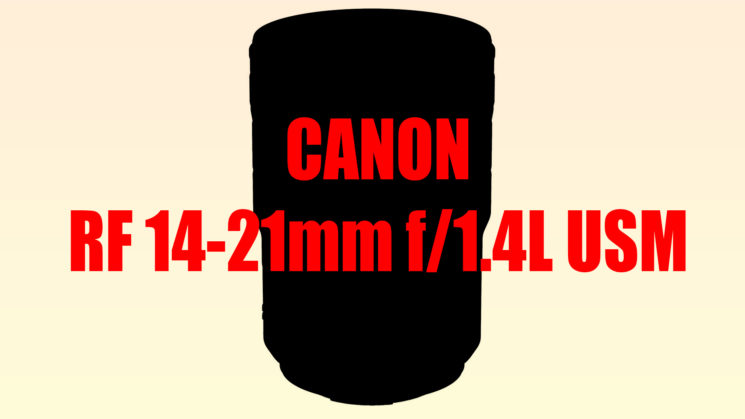 According to recent reports, a very exciting lens is coming soon for Canon R shooters. If you’re into astro or landscape photography, you may be particularly interested in it. According to the latest reports, Canon is about to announce Canon RF 14-21mm f/1.4L USM soon.

Canon has patented some ultra-wide zoom lenses for RF mount, like 13-21mm f/2.8 that was mentioned earlier this year. The patent for Canon RF 14-21mm f/1.4L USM was revealed in March last year, and according to Canon Rumors, we might see it in a couple of months.

A source told Canon Rumors that the Canon RF 14-21mm f/1.4L USM is already being tested by select photographers. Of course, the official release date and the price aren’t known yet, but I guess that we expect more rumors and leaks over the next few months. We’ll keep you up to date and share if we find out anything new.

« Photographers are going crazy over Universal Lens Hood; over $170,000 raised on Kickstarter
Here are the first leaked photos of the upcoming Sony A7c »