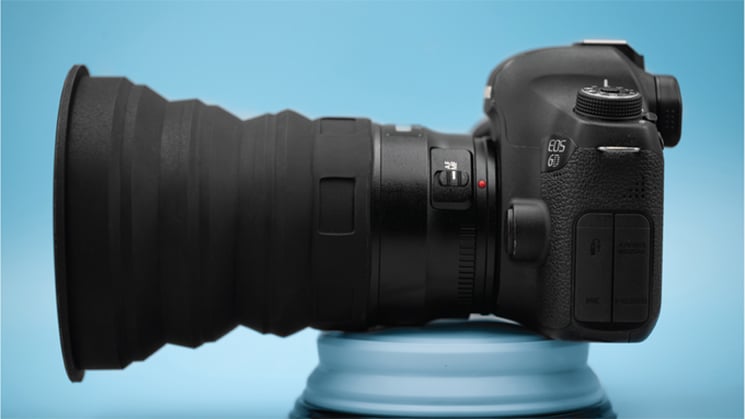 Judging from a recent poll we shared here on DIYP, most photographers use their lens hood all the time. So it’s probably no wonder that they went crazy over a hood that can fit every lens. Universal Lens Hood is just has raised over $170,000 on Kickstarter so far, and there are 20 days still left to go.

Universal Lens Hood is… well, a universal lens hood. According to KUVRD who designed it, the hood can fit 99% of camera lenses. I must admit that it reminds me a lot of Ultimate Lens Hood, although this one is narrower and not designed primarily to remove reflections when shooting through glass.

Of course, Universal Lens Hood protects your images from flare but also protects your lens from fingerprints, scratches, and elements – pretty much like a regular hood. It’s soft and collapsible, stretchy enough to be fit onto any lens, but still sturdy enough to maintain shape. Even though it is universal, there are two sizes available: S for 54-76 mm diameter lenses and M for larger ones, 72-112mm. You can also use any circular filter with the hood.

Here are a few photos and gifs so you can see what it looks like: 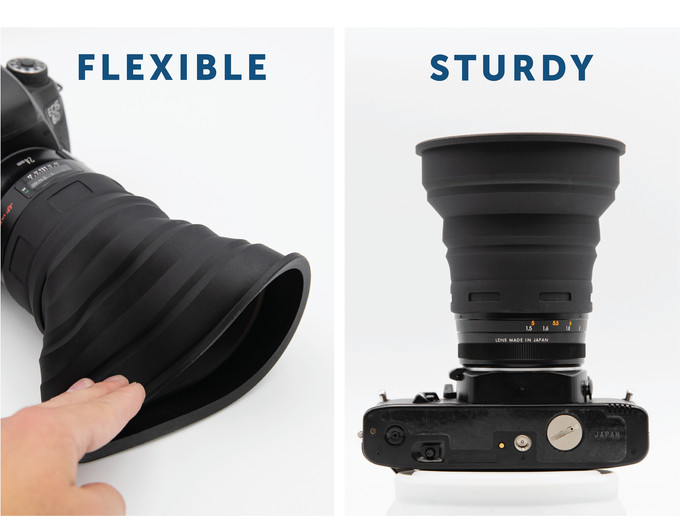 Humans Of New York Raised Over $1,000,000 To Help Send Kids To College With A Single Photo