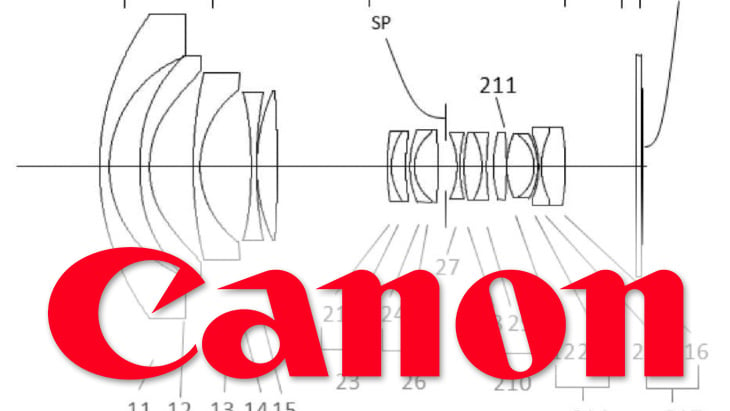 A new Canon patent application has surfaced, detailing a new 13-21mm f/2.8 RF mount lens for the full-frame Canon EOS R mirrorless system. There’s no word that this lens will actually see a production line, and Canon does already have a 15-35mm f/2.8L IS USM lens for the RF mount, so I think it might be unlikely.

But, a lens that goes a little bit wider and doesn’t quite have the same focal length range would potentially be a little lighter (although the measurements suggest it’s longer) and possibly substantially cheaper than the current $2,299 monster. 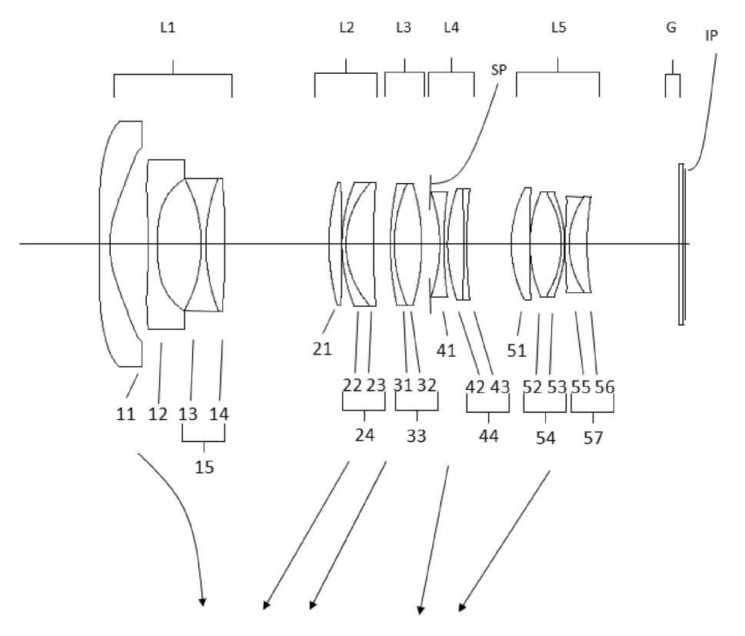 While the patent doesn’t appear to specifically say that it’s an RF mount lens, it does describe a full-frame mirrorless lens  – which can’t really be anything other than an RF mount lens – that looks a little something like this…

Canon Rumors also believes that this specific optical formula won’t go into production and appear in the real world, putting forth that it’s probably just a development model for a future ultra-wide angle that we might see later in the year.

You can see the full patent here.

It’s getting difficult to keep up these days, with RF mount, Z mount and L mount all trying to play catch up.

« How many Facebook photography group members does it take to change a lightbulb?
You can now (finally) send Instagram direct messages on Windows 10 »