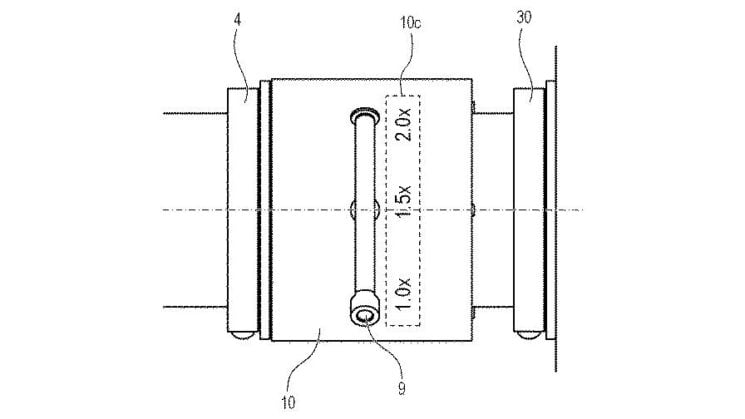 Well, this is an interesting idea, and pretty unique, too. Canon has patented a zoomable teleconverter. You know, those things that effectively increase the focal length of your lens? I’ve never even considered that a teleconverter could even be a zoomable device and I’ve certainly never seen one before. According to Canon’s patent, though, it seems doable.

The patent seems to show adjustments from 1.0x to 1.5x and 2.0x with the movement of a lever, allowing you to quickly switch between a lens’s normal focal length, a 1.5x magnification and a 2x magnification. As Canon News points out, this offers a multitude of benefits from convenience to improved weather resistance.

The potential advantages of such a teleconverter would be welcome for any photographer who normally has to go through the hassle of dealing with teleconverters, especially as this zoomable one also offers 1.0x – essentially acting as if it’s not there and allowing you to use the lens as you normally would. It means that you won’t have to carry as much equipment with you – just one TC instead of at least two – and you won’t have to keep swapping things in and out in the field.

Instead of taking off your lens to add a 1.4x or 2x TC, or swapping out form one TC to another, or to remove it again when you want to go back to your lens’s native focal length, you just flick a lever. So, you don’t have to worry about dirt getting onto your sensor or rain leaking in as you would with regular changes on location.

The patent doesn’t go into a lot of detail about the optical formula and exactly how it works, but the concept is pretty cool and would be a very welcome addition to the bags of many wildlife and sports photographers around the world. But, even if Canon has fully figured it out, this is still just a patent, so there’s no guarantee it’ll ever actually appear in the real world.

As usual, only time will tell. Check out the full patent here.

Do you use teleconverters? How do you feel about a zoomable one?