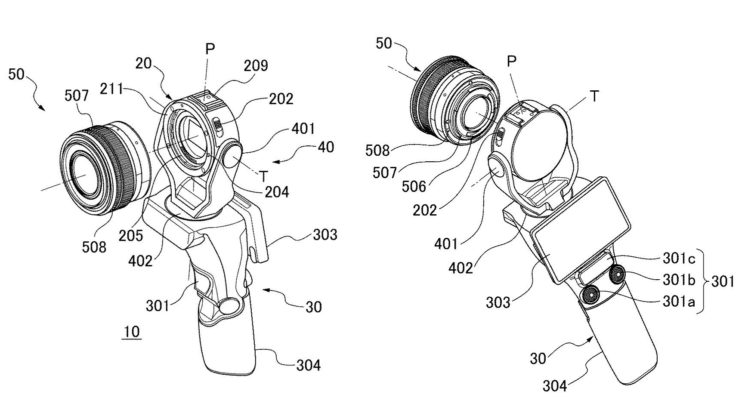 This is pretty odd, but also kind of cool. Canon has patented (through no fewer than five separate patents) a strange DJI Osmo-like gimbal with a built-in camera that actually has interchangeable lenses and a hotshoe on top. What makes it odd, though, is that it doesn’t really seem to be quite like any gimbals we’ve seen before.

For a start, there doesn’t appear to be a way to actually balance the lens horizontally for tilting. It doesn’t slide backwards and forwards, it just tilts. And it doesn’t look large enough to actually contain any kind of motor in there. It does pans from side to side, though. It looks like Canon is possibly going to be relying on IBIS for this one. 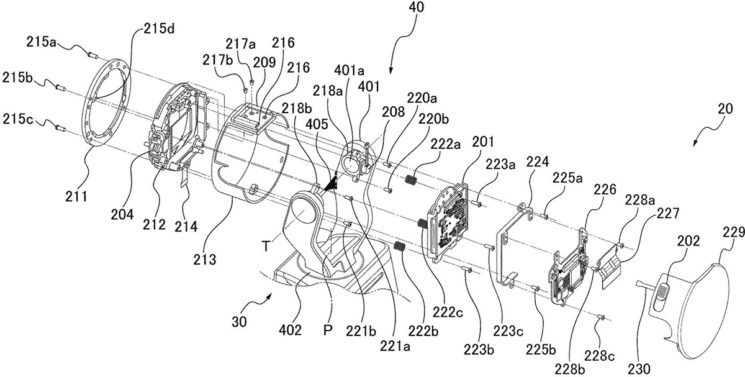 Looking at the exploded view of the head, there doesn’t actually appear to be a motor in there at all. Further perusal of the patents describes that there isn’t. So, while it is still technically a sort of gimbal, it’s not a motorised one. So, think of it more like a vlogging handle, that’s relying on IBIS on the sensor to keep things steady.

Despite seemingly panning all the way around from the front to the back, when you want to go from filming others to filming yourself, the tilt head also flip up and around completely to film yourself, too. Of course, in this orientation, you’re blocking off the hotshoe, so you’ve no room to stick a microphone or something on top, but it could be handy if you want to film low to the ground shots.

It is strange, especially as you can’t even balance the camera forward and backwards. Even if it’s not motorised, you still want it to be somewhat comfortable to hold, and if you’re trying to do something with a longer lens, the ability would be helpful. And the issue is going to be even more significant if it’s RF mount instead of something much smaller like EF-M.

But these are just patents. There’s no guarantee it’ll ever appear in the real world. Canon patents lots of things that end up never existing. But even if they do eventually release something, it will likely have gone through multiple iterations with lots of design changes before that happens. I mean, they’ve already filed at least five patents for this thing, so they don’t mind putting the work in.