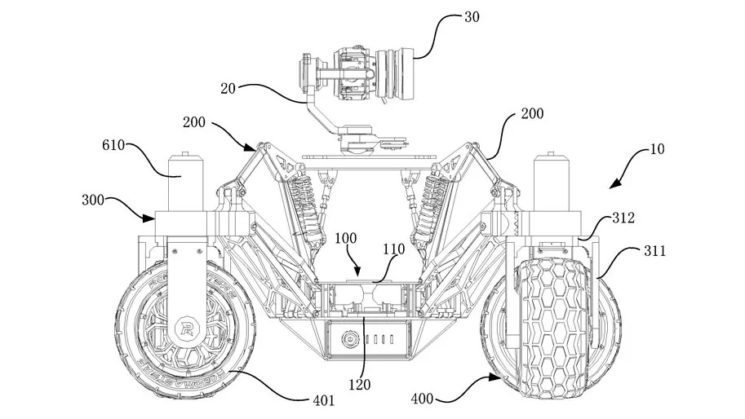 I have to admit, I’m surprised it’s taken this long for DJI to get into ground rover territory. But according to new patents released by DJI, two new products may be coming in 2020, one of which looks like a radio-controlled vehicle of some kind featuring a built-in gimbal and camera. The other appears to be a gimbal along similar lines to the Freefly Movi Pro and DJI’s own Ronin 2, but utilising one of DJI’s own Zenmuse cameras instead of your DSLR or mirrorless camera. 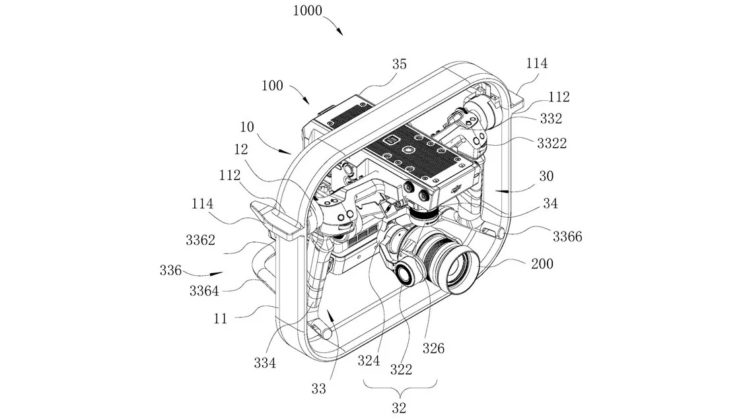 According to the patent, the car is simply named “Vehicle” with the gimbal as “Stabilizing Device” and “Handheld PTZ Device”. There’s no information on when we might see devices that come as a result of these patents, and as with all patents, we may never see them, but a DJI vehicle is interesting.

The car looks to be a fairly standard remote-controlled vehicle with four wheels that can rotate a full 360 degrees, offering more control. As DroneDJ notes, the batteries appear to be similar to that of the DJI Matrice drones. It has a built-in suspension system for the wheels, which appears separate from the platform on which the gimbal resides, which features further shock absorbers of some kind.

The official description of the patent reads:

Looking at the technical diagrams posted to DroneDJ, the camera appears to be one of DJI’s Zenmuse series cameras. Whether or not it’s an existing one or if a new one might be announced is unknown, but if you already own an Inspire, you can probably use the camera you have already.

The handheld stabiliser also looks to use a DJI Zenmuse camera, too. This, again, would mean you may be able to use a camera you already own, rather than having to buy one specifically for this stabiliser. The frame around everything appears to be a frame made up of multiple parts with a pair of handles, which DroneDJ says have various knobs and focus wheel. It looks handles aren’t removable.

These two new patents, along with the age of the Inspire 2 suggests that we might see them come at some point along with an Inspire 3 drone and possibly a new and enhanced Zenmuse camera, rounding up the ecosystem and allowing filmmakers to stick with one brand and one camera for handheld, ground travel and air filming.

DroneDJ doesn’t seem to have linked to the actual patents anywhere or provided patent numbers to facilitate a search on the Chinese patent website so that other people can have a read of them in their entirety first hand, but we’ll keep you posted if we find out more.