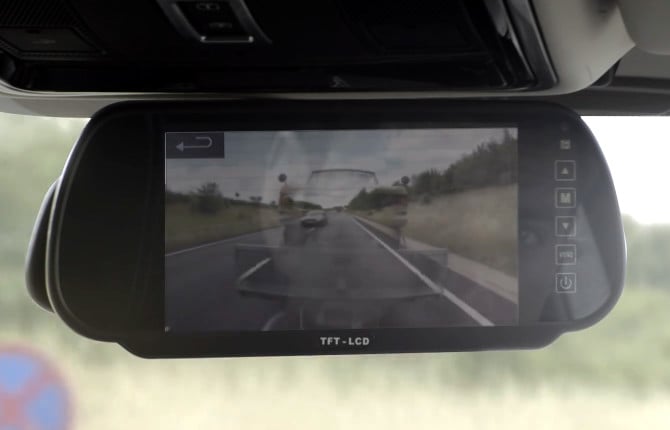 This next feature might sound like a David Copperfield trick, but the well-known British car manufacturer deserves the applauds in this case.

Towing a trailer, caravan, horse box or any other large item seriously hinders the driver’s ability to see behind him, creates blind spots and makes the roads more dangerous for him and other drives.

Using a network of camera on both the vehicle and the towed item the system provides the driver with an uninterrupted view through his rear view mirror, which acts as a monitor.

Land Rover’ announcement states that the transparent trailer technology “combines the video feeds from the existing reversing camera on the vehicle and the cameras on the wing mirrors with an additional wireless digital camera on the rear of the trailer, purposely placed to implement the technology. This combined video feed is then automatically sent to the rear view mirror in the vehicle making the trailer appear see-through”.

An additional feature being developed is a set of sensors within the towed item that will alert the drive of possible problems with the cargo. Once alerted the drive can turn on a live video feed, using a camera located within the trailer, on either the car’s dashboard screen or a designated smartphone app.

The company’s Director of Research and Technology, Dr Wolfgang Epple, had this to add:

“Our transparent trailer project is researching how we could offer a view out of the vehicle unrestricted by your trailer, no matter what its size or shape. Our prototype system offers a very high quality video image with no distortion of other cars or obstructions. This means the driver would have exactly the right information to make safe and effective decisions when driving or manoeuvring, making towing safer and less stressful.”

Land Rover did not disclose when this technology will be implemented in the company’s vehicles. 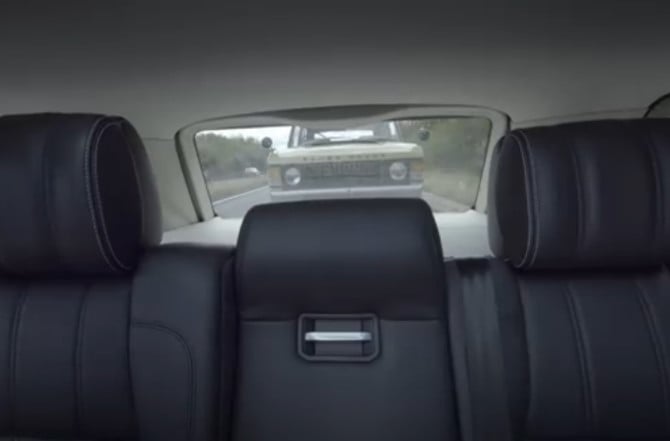 Blind spot. Soon to be a thing of the past?

This concept technology is not Land Rover’s first attempt at making car parts disappear. Last April the company introduced the transparent bonnet technology. Using cameras in the grille and some additional cool technology, this offered the driver a digital see-through view of the car’s bonnet.

Using camera to increase road safety and convenience has increased dramatically in recent years. In addition to reverse cameras becoming a standard feature in many cars, Samsung has been testing a Safety Truck. This truck uses a camera at the front and a monitor setup at the back that allows drivers to ‘see through’ it.

How To Make Your Body Disappear In A Photograph

« DJI Phantom 3 & Inspire 1 Add Auto Flight Modes Via Firmware Update
Gear Does Matter, But Not How You Thought It Does »