These days, if you want to shoot large format, you might have difficulty finding replacement parts. Large format cameras aren’t exactly as common as they used to be, and there aren’t many companies making spare parts for older ones these days, or creating custom pieces for odd-sized cameras.

In this video, though, photographer Markus Hofstätter walks us through how we can make our own ground glass focusing screens at whatever size we need.

It’s quite a simple process, once you know how and it’s made easier by using two sheets of glass. One is the one which will become the focusing screen and the other is what you’ll use to actually grind it. But first, you need to cut your glass to size so that it actually fits inside the ground glass holder of your camera. This is fairly simple to do with your standard diamond glass cutting tool. 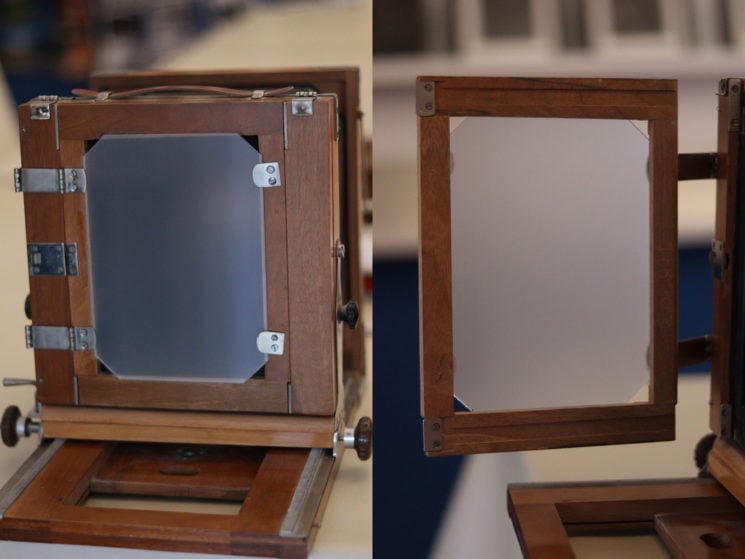 Markus’ ground glass, slotted neatly into its frame on his large format camera.

I’ve used this same process in the past when I started to build the Standard Camera – they suggest a similar procedure on their website – a project I actually plan to finish in the new year. 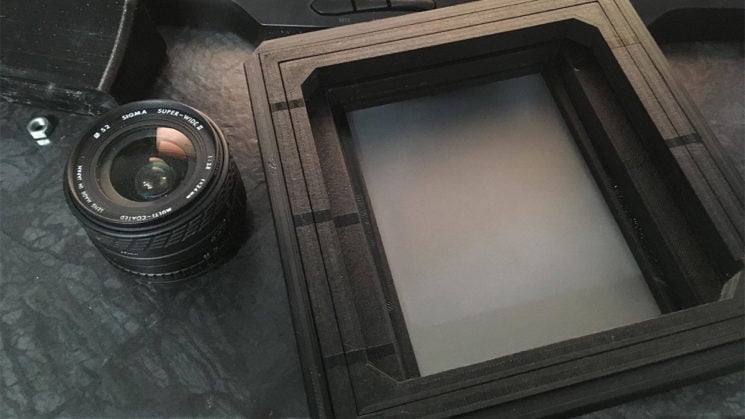 My first attempt at making a ground glass focusing screen for the Standard Camera.

The only problem I found when grinding mine was that some of the silicon carbide powder would get underneath the glass I was grinding, and onto the other side – the side that I wanted to remain pristine. You can still see the image projected by the lens just fine, but it still annoys me that I scratched the other side.

Placing the glass onto paper towels, as shown in Markus’ video helps, but it can still get under there sometimes. If you’re worried, cover the side you want to protect with masking tape during the grinding process, and then peel it off when you’re done. That’s my plan for the next one I make.

So, if you’ve got a large format camera that needs a new focusing screen, or you decide to build a camera for yourself, now you know how to make your own – which is significantly cheaper than buying already made ones these days.