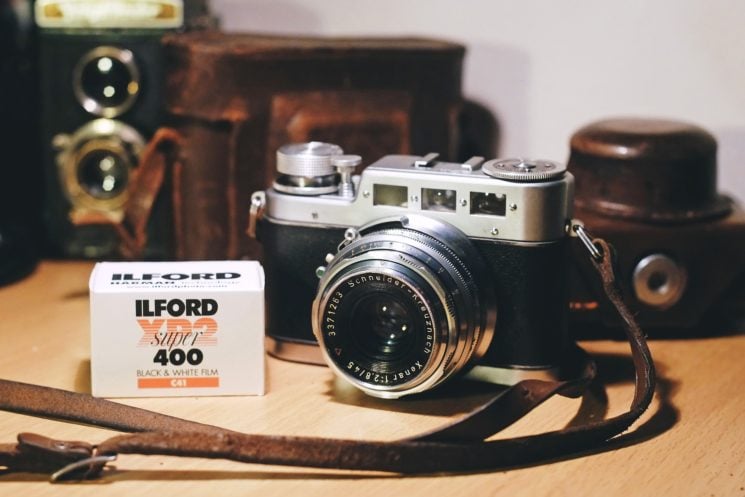 We live in the 21st century, technology is rapidly improving, and our digital cameras are becoming better and better. So does it still make sense to shoot expensive and outdated film? Well yes, it does. In this video from grainydays, Jason Kummerfeldt gives you three big reasons (and a bunch of small ones) why you should shoot film in 2021.

Every film geek will tell you that it’s impossible to recreate that delightful film grain in digital photos. Shooting on film with older lenses also gives some softness, flare, and character in addition to the film grain. As Jason says, looking at a film photo is “like looking at a memory: it’s imperfect.” Of course, if you don’t like too much grain, you can always shoot video on 16mm film or stills on 120mm.

Most films have a unique look they’ll produce. Films like Kodak Portra 400 or Fuji Pro 400H  create very pleasing pastel colors. Some people argue that you can recreate it in digital images, but Jason claims that you can’t recreate the feel. After all, “why would you even want imitation when you can have the real thing,” he wonders.

There’s another interesting and dreamy effect you’ll see in some films: halation. It’s “caused by light rays, after passing through the light-sensitive emulsion and the base material, reflecting from the bottom of the base material and passing back up through the emulsion, essentially re-exposing the film (source). Jason points out that it’s really pronounced on some film stock like Cinestill 800T. As for motion picture films, most of them have an anti-halation layer, but it doesn’t kill halation completely.

Jason also reminds us how romanticized film is. Hollywood directors like Christopher Nolan and Quentin Tarantino still shoot motion picture film although they have all the modern technology easily available.

2. Film makes you slow down

While slowing down sounds like something bad, it definitely isn’t. Since film costs money, you can’t just blast away your shots. You’ll likely stop and think critically about every composition you want to make and try to get the best out of each shot. You have to be very intentional when shooting film, which is something most of us don’t do when shooting digital (at least not all the time). Personally, this is something I like most about shooting film: it slows me down, makes me stop and think things through. It’s like a meditative experience. Oh, and there’s no more chimping. Only the feeling of expectation and excitement while you wait for the roll to be developed.

3. It’s not that expensive

We mentioned before that film costs money. Yes, prices are inflated (especially if you live in Serbia and there are, like, two stores that sell film in the entire country). It is expensive, but Jason argues that it’s not that expensive. He assumes that an average photographer spends $2,000 every 4 years on a new digital camera. I don’t know if that’s statistics or just an assumption, but if you upgrade your gear every four years, film may actually be more affordable for you. $2,000 worth of 35mm film will give you more than 5,000 exposures over the same period. Also, you can get a great film camera for a decent price and it will last you forever. For example, you can find a mint Nikon FE2 for under $200 on eBay. Hell, even a broken film camera can sometimes give you incredible images, like this.

Personally, I love to occasionally shoot 35mm film. I even tried 120mm in February when I tested Lomomod No.1. I think that it definitely still makes sense, and for me, it always will, no matter if it’s 2021 or 3021. But that’s just my two cents. Do you still shoot film? And what are your reasons for it?