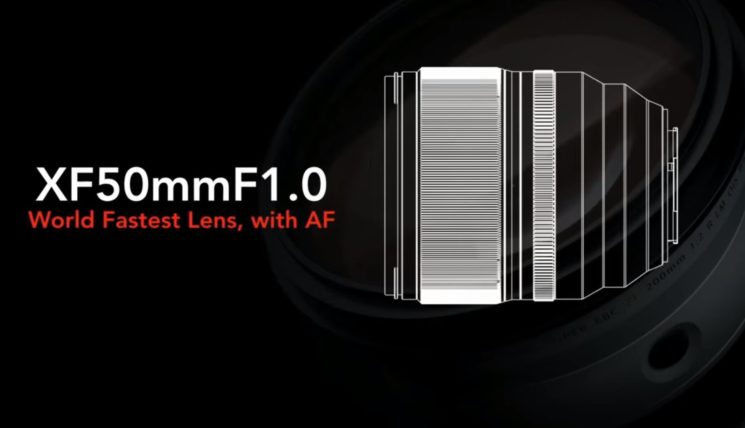 Fujifilm’s f/1.0 lenses have been rumored for a while now. But it looks like we’re finally about to see one of the rumored fast lenses. According to Nokishita, the Fujifilm XF 50mm f/1 R WR will be announced soon.

Nokishita tweeted that an article titled “Fujifilm has officially announced the XF50mmF1 R WR” was published on overseas news sites. However, there’s not much more that we know about the launch date and the price.

Regardless of the lack of information, it’s pretty certain that the Fujifilm XF 50mm f/1 R WR is indeed going to be announced. At X Summit in London this February, Fujifilm presented this lens (among others) and it’s on the company’s lens roadmap for 2020. Even some lens patents were uncovered earlier this month, but none of them shows a 50mm lens.

This is all that we’ve got for now, but as I said, I’m sure that the Fujifilm XF 50mm f/1 R WR is coming soon, maybe even over the next few weeks. But as soon as we have more information, we’ll share it with you.