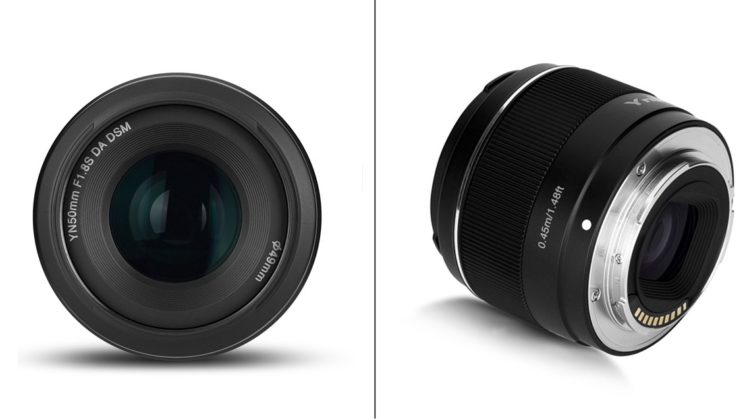 Yongnuo’s affordable “nifty fifty” already exists in Canon EF and Nikon F version, and Sony users will be able to get one soon, too. The company has just announced its 50mm f/1.8 AF lens for Sony E-mount APS-C cameras.

The “full name” of the new Yongnuo lens is YN50mm F1.8S DA DSM. It’s an AF lens designed for Sony APS-C models, giving the equivalent focal length of 75mm. Yongnuo promises accurate and quiet AF with the digital stepping motor (DSM), aiming this lens at both photo and video makers.

The lens features eight elements in seven groups, one of which is a low dispersion glass element. The seven-blade aperture goes down to f/16, and maximum aperture is f/1.8. The lens has a USB interface, letting you download the latest firmware from Yongnuo official website. Like most50mm lenses, this one is also small and lightweight with 58 mm (2.3 in) length and 143 g weight. The closest focusing distance is about 0.45 m (~1.5 ft).

The exact release date still hasn’t been announced (after all, it’s difficult to announce anything with certainty right now). The price hasn’t been revealed either, but the lens will most likely cost less than $100, like the other 50 mm lenses from Yongnuo. We’ll keep you updated and add new information as soon as we know more.