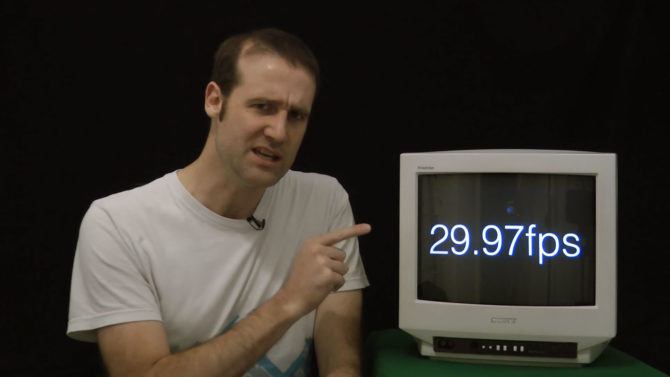 If you’re not dealing with broadcast, and you’re simply uploading to YouTube, Vimeo, Facebook, etc. then I’ll save you some time. You don’t have to stick with 29.97 framerate. It’s old, it’s obsolete, it’s no longer technically relevant, shoot and play back at whatever framerate you like.

If you want to delve a little deeper into why 29.97fps is even a thing, check out this video from Matt Parker at Standup Maths. In it, he talks about how 30fps became 29.97fps in the first place. It basically boils down to a combination of the frequency of the electrical supply (60Hz) and the amount of broadcast “bandwidth” that was available to the first colour analogue TV signals.

If you’re into the maths behind it, and why it really doesn’t matter any more, it’s a good watch. And yes, he goes a little technical, but he does break it down into simple terms that most of us can understand (one of the reasons I love Matt’s channel).

What I found most interesting is that NTSC’s whole framerate problem could have been solved if they’d simply bumped the resolution slightly. When they made the transition from black & white to colour, maths meant they had to change something. They chose to alter the framerate, which was originally exactly 30fps.If they’d chosen to bump the resolution instead, future video editors would’ve had a much easier time.

Purely by mathematical co-incidence, bumping it to the same resolution that PAL uses would’ve fixed it (despite the difference in framerate and bandwidth range between regions). 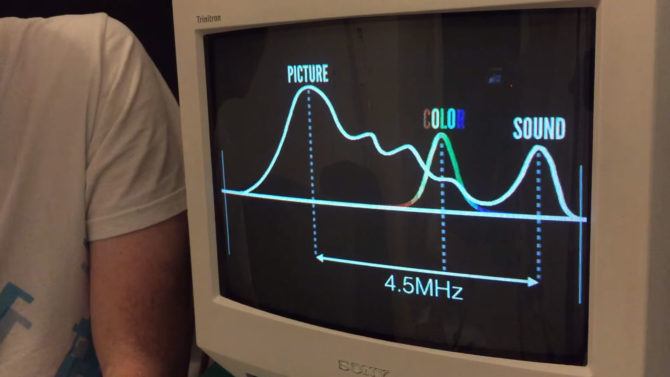 The 29.97fps framerate (and 25fps for most of the rest of the world) was basically chosen due to technical and mathematical limitations of the time. those limitations no longer exist, so sticking with 25fps or 29.97fps really isn’t important any more.

Some people thought I was nuts for doing all my video work at 24fps (the so-called “film rate”) when I made the move from standard definition to HD. “It won’t be compatible with this, and that. It won’t play on TVs, etc.” It turns out, I had absolutely nothing to worry about.

Many of the people I knew then who worked with video also switched to 24fps when they made the move to shooting HD. Quite a few still stuck with the UK standard 25fps, though.

60fps has started proving very popular in the gaming channels and for action camera videos. It’s probably about the highest framerate where you’ll really see any kind of benefit, in terms of smoothness of the footage. But, I think I’ll stick with 24fps for a while yet.

Do you still stick with the “standard” 25fps and 29.97fps framerates for your videos? Have you switched to 24fps? Do you shoot 60fps? What about 3D or VR? Do you find the faster framerates like 60fps offer a better viewing experience? Let us know your thoughts in the comments.

Why your camera brand doesn’t matter

« First look at SYRP’s Slingshot cable cam
I swapped all my fancy lights for candles and iPhone flashes, here is what I made »