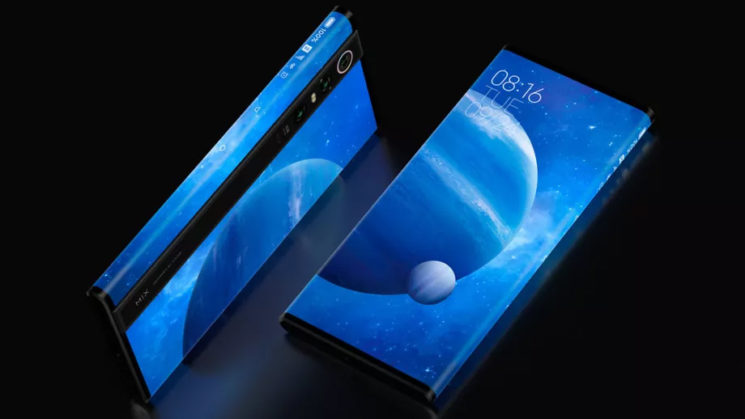 We’re only just starting to see 8K cinema cameras come down to more reasonable prices, and they’re still way beyond the needs of 99% of video shooters out there. But don’t let that deter you. According to the team at XDA Developers who’ve been looking at the source code for Xiaomi’s latest MIUI 11 source code, Xiaomi’s working on getting 8K into a smartphone.

The new software release coincides with the announcement of the Xiaomi Mi Mix Alpha smartphone, which boasts a ridiculous 180% screen-to-body ratio. Yes, you read that right, 180%. The screen wraps entirely around the phone, only ending where it meets at either side of a strip housing the cameras. I have to say, it looks pretty awesome.

Anyway, 8K video… After investigating the recently released MIUI Camera APK to find new features, an XDA member spotted a couple of interesting lines for some of the camera modes…

When looking a little deeper into the code, they saw that the resolution is 7680×4320 is embedded in there, along with a new resource for 8K@30fps recording mode. But they’ve ruled out 8K video coming to the Mi Mix Alpha, as it’s not mentioned in the official product page, and exceeds the specifications of the 108-megapixel Samsung sensor it houses.

In fact, there aren’t any Xiaomi (or probably any other brand) phones out there that can shoot 8K video at the moment. At least, not without 3rd party intervention. And even then, not very reliably. So, exactly when we’ll see this pop up on a new device is anybody’s guess, but that they’re even trying to work on it so soon is pretty crazy.

The Xiaomi Mi Mix Alpha, by the way, isn’t going to be a mass-produced model. It’ll go into small scale production, and cost a whopping $2,800. But, we’ll probably see a more mainstream device descended from this coming at some point in the future.